African Mobilities - Lagos Exchange is a series of encounters in Lagos 16.-19. October, 2017, organized by the New York based artist/architect Olalekan Jeyifous (Shantytown Megastructure) and Lagosian writer, Wale Lawal (The Republic)

Olalekan Jeyifous’ speculative project on Lagos provides one of many opportunities to creatively interrogate the African "mega-city" hypothesis, and also to turn the conversation about Lagos- and other African cities- towards and amongst an African public/s.

Jeyifous’ Shanty mega-structures Project re-imagines Lagos in a not-too-distant future by juxtaposing sites of much coveted real-estate with colossal vertical settlements rendered in the constructive and material language of the informal settlements that exist at the city’s peripheries. This visual conversation considers how “slums” are frequently viewed as eyesores to be bull-dozed, often leaving their inhabitants completely displaced. Here, the dispossessed are re-imagined and given prominence and visibility through a Heterotopian and “solar-punk” vision that acknowledges the resilience, practices of adaptive re- use and sustainability (by necessity), and the highly self-organized nature of these communities.

For the “African Mobilities” exhibition, the project will continue with the interactive 360° VR experience in order to explore the interiority of these future communities. As a means of facilitating these various interior narratives, this 5-day visit to Lagos, Nigeria will include a presentation of the project to local audiences, and a trans-disciplinary workshop with students and creatives that will be conducted in collaboration with writer and historian, Wale Lawal. This will provide a fresh take on the overall narratives that will be employed and have been employed thus far. The workshop will include site visits to various informal markets and settlements within Lagos in order to document the organizational hierarchies, cultural phenomena, situations, contexts, and events that define these spaces.

"African Mobilities is a collaboration between Architekturmuseum der TU München and The City Institute at the University of the Witwatersrand, Johannesburg. This initiative is funded by the German Federal Cultural Foundation. With Additional support from the Goethe-Institut. It is intended to present the exhibition after its opening venue in Munich in several other venues on the African continent." 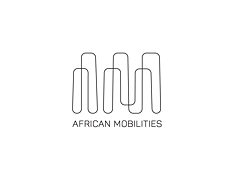 In Cooperation with The University of Lagos (UNILAG)