Climata: Capturing Change at a Time of Ecological Crisis

How much attention do you pay to surrounding soundscapes? Sound can both affect the world we inhabit and inform us about it. It is the connecting element in the international exchange project CLIMATA, developed with sound artist Lasse-Marc Riek, the Goethe-Institut, PRAKSIS, NOTAM and Teknisk Museum. 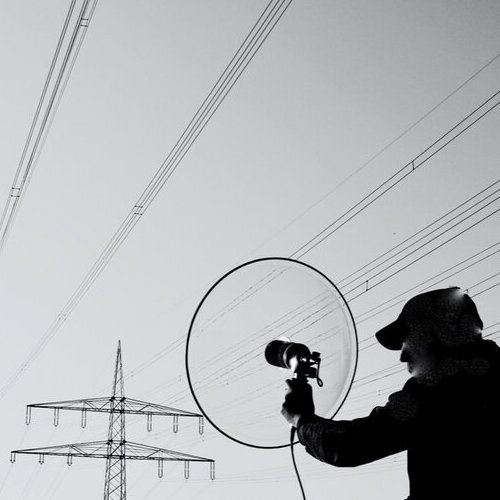 German sound artist Lasse-Marc Riek uses field recording to explore acoustic ecology, bio-acoustics and soundscapes. Together with the Norwegian not-for-profit organization PRAKSIS, the idea evoked to create a project that takes its starting point from questions Riek addresses in his practice. They include:

Seven artists from Norway, Peru, Pakistan and Belgium will try to answer these questions in the following months.

Siri Austeen
Siri Austeen is a Norwegian sound artist based in Oslo. Austeen is concerned with the relationship between sound, place and identity, working at the intersection of audio and visual art. Her interest in process-oriented art and extended vocal techniques in the early 80s became a bridge over to time-based media such as sound. Today her work focuses on the impact various listening strategies have on our reception of reality and the personal experience of an investigative and sensory self. Relations between individual, collective and ecological structures often form an underlying focus in her work.

Sound and the act of listening relate to the passing of time, and accordingly to how time is spent. In her ongoing project, Sonic Propagation, the artist uses transducer technology to transmit sound by using various physical materials as membranes, allowing her to explore new approaches towards sound, place and reality. Austeen’s artistic practice is based on field recordings, site-specific installations, participatory projects, musical productions, performance and commissioned art projects. She is recently engaged in South North Sound Exchange, a commissioned art project at Sørumsand High School. She is part of Reality-based Audio Workshop – a collaborative project with Nordic sound artists.
Sarah Kazmi
Sarah Kazmi (b.1990 Karachi) is an interdisciplinary artist, writer and researcher. Through the lens of food as an artistic medium, she uses anthropological and participatory action research (PAR) to disseminate her practice, her double life between occupations of two, bartender/artist; investigating socio-political change within personal and community-based rituals. Her practice incorporates texts, audio, live readings, installations and image-based works to explore circulation processes of food as strategy for communication and knowledge production, its significance in our everyday life, beyond a consumption culture. Her most recent and ongoing work O.K.R.A (Oslo Kitchen Radio Archive) is a long-term research-based duo project with landscape architect Miles Hamaker; using audio-visual methods to document the increasing gentrification and the inevitable encroachment on the existing communities of central east Oslo.

Kazmi recently graduated with an MFA in Art and Public Space at Oslo National Academy of the Arts. She has been selected as a fellow at RAW Académie Session 8 entitled Tour de Table. She has worked as a research trainee for HUMAN Documentary Film Festival 2020 and has also participated at Food Art Film Festival at the Jan Van Eyck Academie. She lives and works in Oslo, Norway.
Maria Wang Kvalheim
Maria Wang Kvalheim (NO) works within the field of acoustic scenography. She holds a BA from the Norwegian theater academy. Her work seeks to draw out the sound/acoustic potential of architectural space. She is interested in the relationship between movement and space, and how sensorial work can affect the movement of an audience.

Maria works with Dresden based theater network, fachbetrieb rita grechen. During 2020 she has initiated a online writing circle where ownership of material is shared, and texts are "recylcled" other group members. This project began as a workshop alongside fachbetrieb rita grechen's former work Piece of silence.
Margrethe Iren Pettersen
Margrethe Iren Pettersen (NO) is a florist, has a BA from the Academy of Contemporary art in Tromsø and an MFA in Art and Public Space from Oslo National Academy of the Arts. In her practice, she often works site specifically, investigating ecosystems and their complexities. By drawing attention to the characteristics and coexisting life of plants and organisms of different places, she aims to challenge the modern perception that divides culture and nature.

Her Sami roots and the oral tradition of knowledge production in the north, are themes she has brought into her work and research recently.
Lasse-Marc Riek
Lasse-Marc Riek uses field recording as a means to capture and explore acoustic ecology, bio-acoustics and soundscapes. Since 1997, he has operated internationally, staging exhibitions and concerts, releasing recordings, and delivering lectures and workshops. Diverse venues have hosted his performances: galleries, art museums, churches and universities. His work has featured on public media, including public radio channels.

Lasse-Marc has received scholarships and participated in artist-in-residence programs in Europe, the Middle East and Africa. He is co-founder of the label Gruenrekorder, which since 2001 has concentrated on soundscapes, field recordings and electro-acoustic compositions and works in these contexts with artists and scientists on an international level. More information at: www.lasse-marc-riek.de
Elly Stormer Vadseth
Elly Stormer Vadseth (USA/NO, b 1993) is a multi-media artist, researcher and educator currently based on a peninsula in the Oslo Fjord and in Boston, USA. Employing embodied research methods and technology, she makes work that seek to imagine, speculatively establish and animate connections within human and more than human ecology(s). Rooted in the body, she works with a range of media including performance, contemporary dance, video, installation, sound and photography. She holds an MFA from the School of the Museum of Fine Arts at Tufts University.

Recent Exhibitions/ screenings/Projects include Spectra festival ( 2019 SCT), Laboratory For Aesthetics and Ecology, M/Others and Future Humans, (2019-, DK), Henie Onstad Contemporary Art Center (2019, NO), Factory Light, (2019, NO), Difrazioni (2019,IT), Adelson Gallery, Boston (2019,USA), The Museum of Fine Arts, Boston (2019, USA), Mountain Time Arts, Bozeman Montana ( 2018) and Open Out Festival in Tromsø (2018,NO). In 2018/2019 she was awarded a Tufts Institute on the Environment Research Fellowship from Tufts University and a Postgraduate Teaching Fellowship in Media Arts at School of the Museum of Fine Arts.
Gustavo Valdivia
For almost a decade anthropologist Gustavo Valdivia (PE) has been ethnographically exploring the worlds that are emerging in the high Andes of Peru as the Anthropocene unfolds. His work is principally based in the Quelccaya, the largest tropical glacier on the planet, and articulates an eclectic body of theory, methods, and practices to provide an ethnographically grounded account of those significative moments in which Nature challenges human comprehension and control. This project, which he started as a Ph.D. student at the Anthropology Department at The Johns Hopkins University, has led him to carry out long-term fieldwork among indigenous alpaca herders, collaborate as a field assistant in 5 scientific expeditions to obtain ice cores from the Quelccaya’s summit, work as a field producer for the documentary BBC series Frozen Planet, and participate as a chapter scientist in the Intergovernmental Panel on Climate Change’s (IPCC) Sixth Assessment Report (AR6).

In 2014, together with Tomás Tello –an experimental musician living in Portugal— he founded the Sonic Melting collective to start producing a set of field recordings of the ice of the Quelccaya as it melts. These recordings offer a sonic narration of Valdivia’s encounter with the Quelccaya that seeks to present an alternative approach to the complexity of the Anthropocene: namely, one which is not limited by visuality. His work on sound includes collaborations with various sound artists including Stuart Hyatt, Kaitlyn Aurelia Smith, Gazelle Twin, and Mary Lattimore, and has been featured in Motherboard – Vice, The Wire Magazine, GlacierHub, and other media.
Geraldine Vanspauwen
Geraldine Vanspauwen recently graduated in art history and philosophy at the universities of Brussels, Oslo and Ghent. She has written on the topics of visualising sound, political philosophy, religion, poetry and language and is currently curating poetic cahiers and evenings as part of the open collective and underground publishing house BRAAK. Together, they believe in the power and use of the written and spoken word, and aim to create a contemporary platform for poetry and thought. Her current research interests include the poetics of noise and sound as both materiality and magic, interconnecting nature, society and the sacred. She is writing and working on music around Brussels.

This residency extends over a six-month period. Initially, 2 x two-week-long periods of group residency activity based in Oslo were planned. Due to the COVID-19 pandemic, the first two parts of the project will be realised digitally. Externs are invited to watch the development of the residencies` dialogue via digital platforms and their outcome presented in Oslo in October.

You will find more information about upcoming events on the PRAKSIS facebook page.


Multiple intensive sessions on the digital platform Zoom allowed the participants to introduce their practices and share ideas with an international public audience. Their aim was to define the residency’s foci, look at work being done in the field, and discuss its possible directions, intentions and methods. Reviews can be found here.
The dialogue will continue in regular online meetings until September.

Exchange across borders and disciplines is vital for building strong creative practice and cultural understanding and generating change.

PRAKSIS was established in 2015 in response to this problem. Founded by artist Nicholas John Jones, PRAKSIS is a not-for-profit organisation that works with experienced creative professionals and other bodies to facilitate thematically focused, supportive residencies for local and international practitioners and thinkers. PRAKSIS builds communities linking makers and theorists at all career stages. It does not charge participant and welcomes applications for each residency from anyone with relevant experience and interests.

The Right to be Cold
Carbon Compensation – A feel-good solution?
Culture should not destroy the climate
Toppen