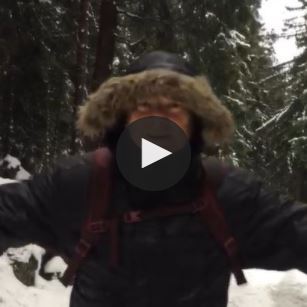 They say a book chooses its own moment to arrive in a reader’s life.  For a number of years I seemed to circle the invitation to pick up Goethe’s ‘Faust.’

First there were the daily German lessons at the Goethe Institute in Mitte, Berlin, during a residency in 2007-8. Then a visit to the house in Frankfurt where Goethe spent his formative years – there was a writer’s desk to look at, and some puppets, and an air of comfort and separation from the pestilences of the day. In Weimar, on a walk through a beautiful park, Christophe Muecher , a former director of the Goethe Institute in Wellington, nudged me to look off to my left and, he said, that’s where Goethe lived. So, we stopped, and we stared, as you do, at a gabled roof, and small framed windows. The house looked idyllic, quiet, and contained inside a shelter belt of trees.  Another year, another walk, this time in Heidlelberg, my interlocutor for a talk that evening, a very elegant woman, a literary critic, pointed to a bench and said, ‘shall we sit?’ and after we had she announced this is same bench is where Goethe used to meet his lover.

Such were the pieces slowly moving me towards Goethe’s poetry and on to his masterpiece, Faust.
At the time I was reading everything I could on Robert Oppenheimer, ‘father of the atomic bomb,’ who would later regret his involvement and tell an unamused President Truman he felt he had ‘blood on his hands.’

No wonder Mephisto’s offer to Faust – ‘boundless knowledge’ in exchange for his soul resonated so strongly with me.

Then, for a birthday gift, my partner Carrie gave me a set of playing cards with scenes taken from Faust. The artwork is by Delacroix who, so taken by a performance of Faust in London, rushed home to work the story into a series of lithographs.

I like to explore the landscapes of any novel that sinks its talons into me. And so, on a trip to Leipzig, I took along for the ride a playing card showing Faust and his servant Wagner encountering Mephisto in the form of a black dog. And, another card of the cellar where Faust runs through a jaw-dropping display of tricks to persuade a sceptical and wavering Faust of his powers.

Delacroix has given the devil (Mephisto) a long, chiselled face. From a playing card to a sculpture – for in the passage above Auerbach’s cellar in Leipzig there he is – a black spindly figure bending the ear of Faust’s eager and trusting face.

It seems an extravagant journey in retrospect – the lunch beneath an effigy of two figures astride a wine barrel (Faust and Mephisto).

A few days later the trip to Leipzig the Faustian scene has pulled back. And what I remember is the spectacular layered cake I ate later that afternoon in a café that had won café of the year over the past successive years, and a feeling of blunted purpose as I walked back to the station to catch the train back to Berlin.

One more trip, still on the trail of Faust.  This one to the Harz mountains, a few hours train journey from Berlin.

At the station in Wernigerode, the woman behind the desk shook her head when I told her we wanted only a one-way ticket up die Brocken. She said conditions were poor. The snow on the tops was heavy, conditions were marginal. I persisted. She rolled her eyes up at the ceiling, and sold us one-way tickets anyway. It turned out she was right.

A steam train puffed its way in and out of lines of Hansel and Gretel houses, at times travelling close enough and slow enough that I could have reached out and swiped an apple off a windowsill.
The temperature dropped, and it began to snow. Further up the mountain on a narrow winding cut through the fir trees…snow weighed on the branches.

At different points the tracks cross the path taken by Goethe and in tow, as it were, his characters Mephisto and Faust, and two centuries later I find myself looking out the window for their ghosts.
We burst above the tree line and in the window appeared stunted trees, stark, and frozen solid with ice. The train stopped at the top of die Brocken and all the passengers stepped out into a blizzard. It was minus eight and the wind tore through my coat and turned my face raw in the matter of seconds and ripped every complaint from my mouth. I wondered what the hell had led me here. Why hadn’t we listened to the sensible advice of the woman at the bottom of the mountain? We put our heads down and burrowed our way back down a mountain.

On these same slopes and in an equally swirling gale, Mephisto tells Faust to hold on to him. The slopes are covered in hundreds of fires. Witches fly through the air. The mountain is alive with voices of wizards and ghosts. A pedlar witch tries to sell them a bag of tricks – a dagger used to kill a man, a cup with poison, a stone that tempted a young woman, a sword used in battle. Mephisto tells the witch they are not interested in the old tricks. They want the new ones. Another witch says a proctologist will show up at any moment to clamp down on the fun. Mephisto makes fun of the threat and threatens to squat over a puddle to relieve himself of all his troubles. Now Faust has a vision of Gretchen who he has fallen badly for. In his vision he sees her in a prison cell and curses Mephisto for withholding that information from him. In his fury Faust appeals to the divine to change Mephisto into a dog or a snake so he ‘may crawl on his belly before me…’ Mephisto replies that the trouble with people like Faust is that ‘they want to fly and yet are prone to vertigo.’

If Shakespeare ‘created Man’ as the American critic Harold Bloom maintains, then anyone who has read Faust will feel they have entered a perfectly mapped human soul.

Lloyd Jones is one of New Zealand’s most internationally successful contemporary writers. He has published essays and children’s books but his best known work is the phenomenally successful novel Mister Pip, which was shortlisted for the Man Booker Prize in 2007, won the Commonwealth Writers’ Prize and Montana Medal for Fiction in 2007 and the Kiriyama Writers’ Prize in 2008, and was later adapted as a motion picture. Among his other most decorated works are The Book of Fame, winner of numerous literary awards, Biografi, a New York Times Notable Book, Here at the End of the World We Learn to Dance, Paint Your Wife and Hand Me Down World.