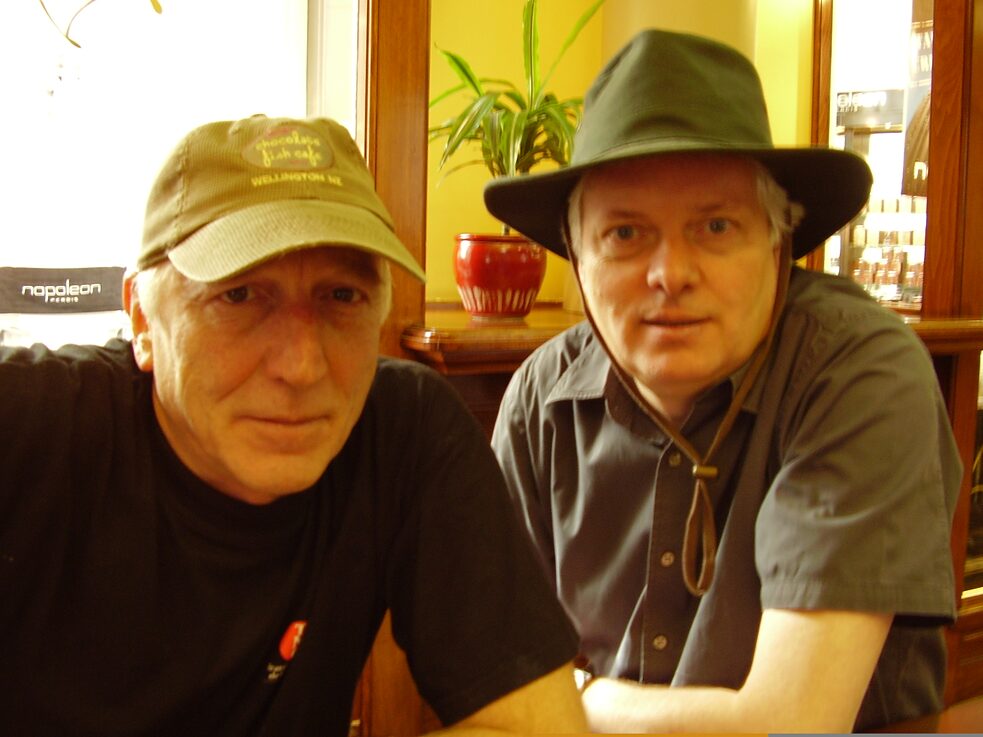 © Heiner Goebbels
"Basically I never took any pictures on my travels (except some polaroids in the 80ties) and rather wanted to trust my visual memory - until I travelled for the first time to New Zealand, to present Eraritjaritjaka on the Wellington Festival 2006 and to take hundreds of landscape photographs. So this is probably one of my first 'shots' - showing André Wilms and me as well equipped rangers..."


This text, together with the attached photo from february 22nd 2006, marks the beginning of a personal foto- and travelblog, which I started on my website back then - to successfully avoid other social media channels. It was my first travel to new zealand, thanks to the support of goethe institute, and I was overwhelmed by the impressive beauty of this country. Meanwhile there are more than 3000 images on https://www.heinergoebbels.com/photoblog.php, but if I could choose a destination for my works it always would be New Zealand again.

The composer and director Heiner Goebbels (*1952) belongs to the most important exponents of the contemporary music and theatre scene. His compositions for ensembles and large orchestras are performed worldwide as well as several of his music theatre works and staged concerts. He created a great variety of sound and video installations, which have been displayed internationally. Heiner Goebbels worked for nearly 20 years as a professor at the Institute for Applied Theatre Studies of the Justus Liebig University in Giessen (1999-2018) and was President of the Theatre Academy Hessen for twelve years (2006-2018). From 2012 to 2014 he was appointed as artistic director of Ruhrtriennale - International Festival of the Arts. 2018 he received the first appointment for the newly established Georg Büchner-Professorship from the President of the Justus Liebig University and is established at the interdisciplinary research centre ZMI - Centre for Media and Interactivity in Gießen.