In 2006 we had a visit from Rupert Forbes, a Scotsman whom I had met while I was studying at the Universität Zürich 1970-2. I first saw him in a student production at the International Opera Studio, Zürich. I really liked his performance and asked for a recommendation of a singing teacher. 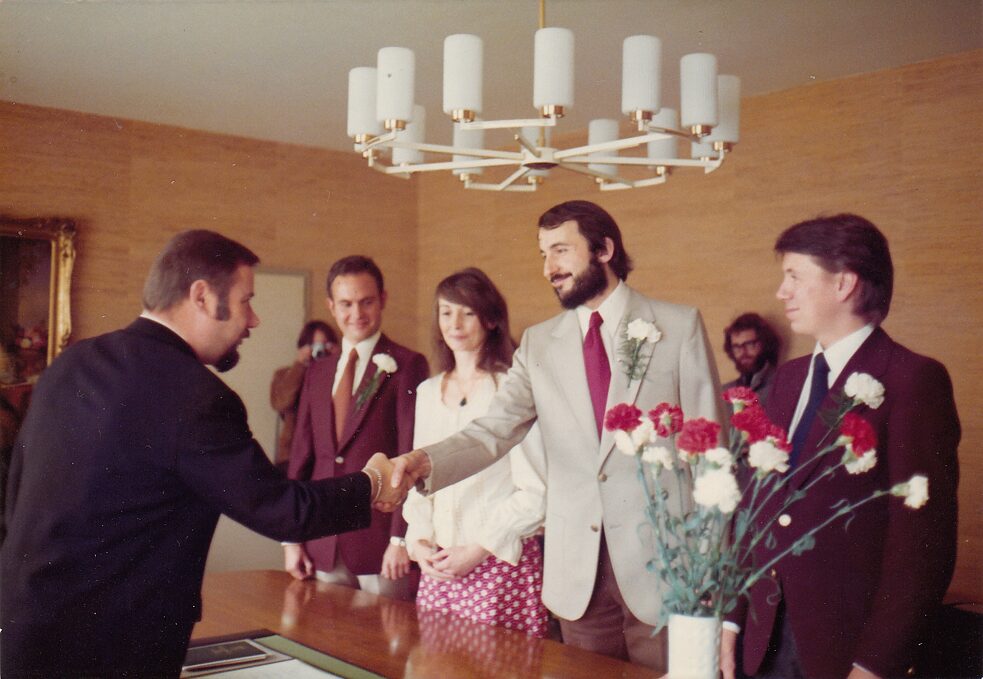 © Roger Wilson
Which he did. As a Scotsman and an Otago native we had lots in common and became close friends. Four years later I invited him to be my best man at my wedding to the lovely Gillian Bibby in Köln. 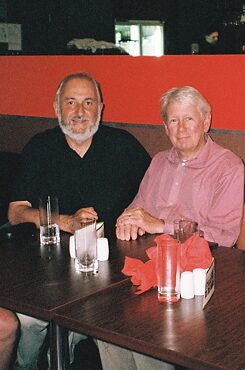 © Roger Wilson
In 2006 he came to Wellington to help celebrate my 60th birthday and we travelled around the South Island together so he could see the real New Zealand.

At a classy restaurant in Arrowtown we had a disagreeably forward and supercilious waiter who turned out to be Georgian. After the meal Rupert whispered ‘Ist Bedienung inbegriffen?’ to which I replied ‘Trinkgelder sind freiwillig in Neuseeland aber nicht obligatorisch. In diesem Fall sehe ich keinen Grund.’ ‘Hoffentlich hat’s den Herrschaften geschmeckt’ smirked the waiter in tadellosem Deutsch….

Roger Wilson was born and bred in Dunedin and graduated M.A. (hons) in Germanistik (in the same class as Alyth Grant and Peter Russell) at the University of Otago. After a year as a temporary Assistant Lecturer he went to Zürich as a Bundestipendiat and studied 1970-2 at the feet of such as Max Wehrli and Emil Staiger at the Universität Zürich. He studied singing privately with John Modenos at Opernhaus Zürich, found, to his surprise, that he was no worse than his contemporaries and realised that whereas he might become, at best, a third-rate academic, he might be able, with hard work, to become a second-rate singer. So he changed course, enrolling first at the Nordwestdeutsche Musikakademie in Detmold 1972-4, then at the Staatliche Hochschule für Musik Rheinland in Köln 1974-5, his teachers being Professors Jeanne Deroubaix, Peter Witsch and Wilhelm Hecker. In 1975 he returned to New Zealand with his wife, Gillian Bibby, whom he had married in 1974, and who was appointed Mozart Fellow at the University of Otago 1976-7. They moved to Wellington in 1978. Since then he has had a busy career as a self-employed singer, equally versed in opera, concert, recital and as a recording artist. In 2019 he celebrated 50 years as an opera singer (1969 Gianni Schicchi in Dunedin, 2019 Rigoletto in Wellington) and this year, 2020 post-Covid 19, gave his 62nd performance of Händel’s Messiah. He was a prolific broadcaster in the days when Radio NZ Concert recorded interesting programmes and for many years he taught German and French for musicians at Massey and Victoria Universities.