In good company – The Goethe-Institut and Netzwerk Deutsch

It was in the late 1990s that I had my first contact with the Wellington Goethe-Institut through the the effervescent Judith Geare. She was accompanied by Barry Empson and the German Language Advisor Ulrike Handke giving workshops in Auckland. Little did I know back then, that the Institute would accompany me through the next 20 years of my career. It was in 2006, when I took part in my first StaDaF meeting, the first GANZ meeting and the first German Teachers’ weekend. Something I always appreciated about the Goethe Institute was that it had evolved to be the natural focus point for German in New Zealand. Placed in the geographical centre of the country, this is where everyone who worked with German and Germany congregated: primary- and secondary school teachers, university lecturers, translators, members of the diplomatic corps, writers, artists and academic visitors. It is a place where the cultures enter into dialogue, where new ideas are born, synergies are created, bridges are crossed and cultural differences are acknowledged and celebrated. It is a place to meet and to develop a sense of identity and community. In New Zealand, where geographical remoteness means that an interest in Germany and the German language can never be taken for granted, the presence of the Goethe Institute provides ongoing inspiration and support. 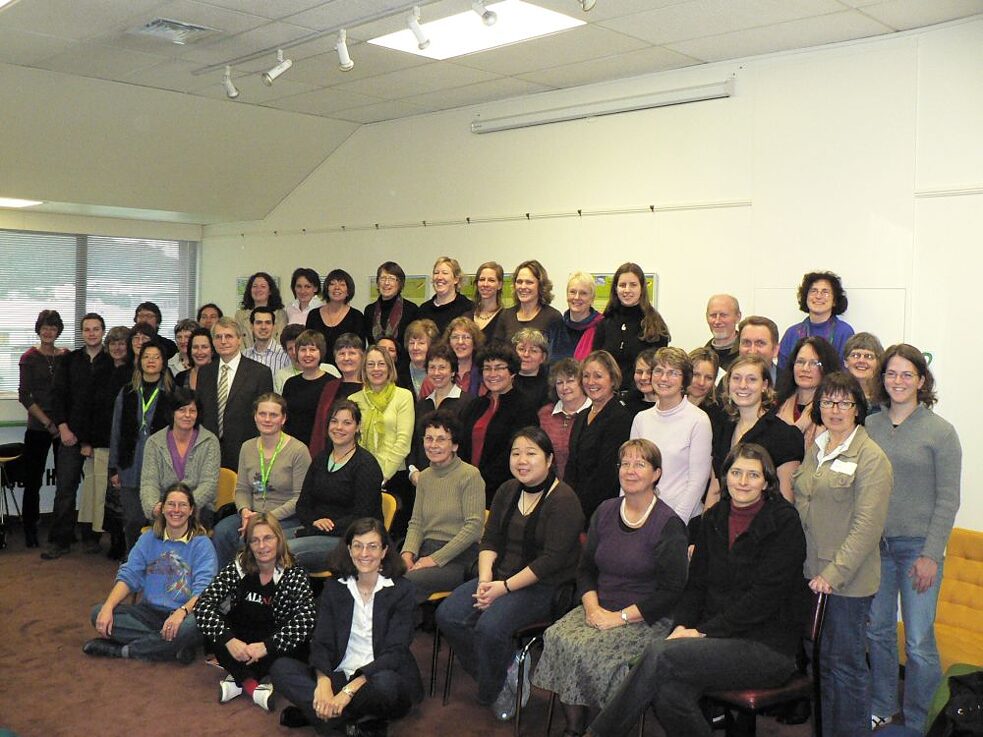 © Stephan Resch
Rarely is this more immediately apparent than during the regular meetings that bring together the German teaching community. I remember the excitement as a young lecturer to meet for the first times colleagues from other universities, hearing school teachers recount glowing stories of how German changed their students’ lives in the most remote parts of the country. I remember learning about the diplomatic intricacies involved for the German Embassy, the DAAD and the Goethe Institute to support the learning of German. The transformative power of language and culture was evident in this synergy of institutions and dedicated individuals working towards the same goal.

Such stories of individual successes and additional opportunities for exchange, research & development were often balanced by more sobering updates on schools dropping (successful) German programmes and universities shrinking or closing their departments. New Zealand is – until today – still lacking a national languages policy that could be the basis for all discussions around strengthening the role of languages including German. While German remains under pressure to assert its presence amongst the many languages competing for attention of school principals, boards of trustees and Ministry officials, it is the exemplary collaboration between institutions and dedicated individuals, that will enable German to open doors for New Zealanders in the foreseeable future.

Dr. Stephan Resch has been teaching German at the University of Auckland since 2005. He is a former Head of German, President of GANZ and the Auckland Goethe Society. He is currently Deputy Head (Academic) at the University’s School of Culture, Languages and Linguistics.