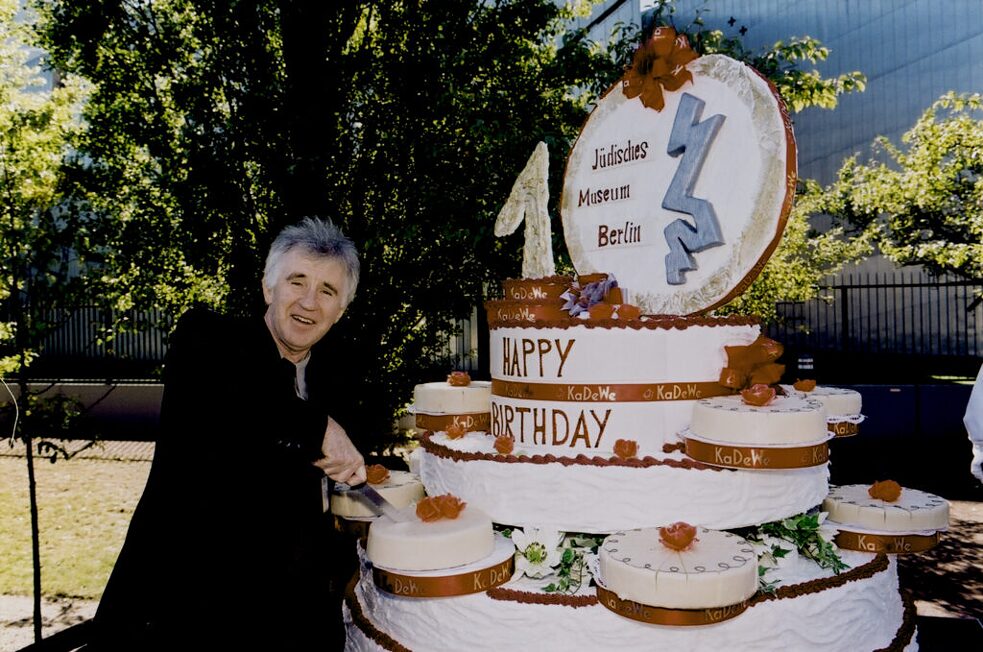 The Confessions of a Failed Linguist

Before leaving for Berlin – the Jewish Museum Berlin – I endeavoured to master some German to assist me on arrival.  But, as my efforts with French at school and Swedish at university had already demonstrated, an ear for languages was something I sadly was never going to have.

‘But the reality was that my language was juvenile. There would be a market in the Platz every Wednesday and I tried to learn some shopping words. ‘Zwei stück Lachs bitte.’ I would point to the two pieces of salmon I wanted. ‘Ein kilo Spinat bitte.’ I was a spanakopita man and determined to continue my habit of making a large one every week. This was an act of meditation and the pie would spread over a couple of dinners and a lunch or two. The first time at the local market I had my well-practised phrase ready but in front of the vegetables with a commanding woman awaiting my order I froze.

‘Deutsch? Russe? Englisch?’ No ‘Türkei’; the stall was Turkish.
‘English,’ I admitted, ashamed of my lack of languages. But by the next time I had conquered those few words and gradually became a local, greeted with smiles from the multinationals fronting the stall and my kilo of fresh spinach already being gathered and wrapped as I approached. It was a nice feeling but nothing would overcome the fact that I was a foreigner and didn’t speak German. At least I could tell people this. I had learnt it to the tune of ‘She’ll be Coming Round the Mountain When She Comes’. Ich bin Ausländer und spreche nicht gut Deutsch. There was great hilarity when I sang it to Mike [Blumenthal] and a few staff late one evening.’

Ken Gorbey was Director of Waikato Museum 1970 to 1983. From 1985 to 1999 Ken had many different roles in establishing Te Papa (the National Museum of New Zealand), finally, as Director of Museum Projects, being responsible for the visitor experience. As Project Director and Deputy President he then opened the Jewish Museum Berlin (1999 to 2002). His work includes a wide variety of cultural and tourism projects, including performing arts centres, urban renewal, historic sites and precincts, an arboretum, and cultural tourism attractions, as well as assisting the creation of new, and the re-engineering of existing, galleries and museums. These projects range from the very small community-based to large multi-million dollar developments in Russia, Germany, Australia, the States, Mexico, etc as well as New Zealand. Included are number of projects working with Iwi and Hapū authorities. His memoir Te Papa to Berlin has been published by Otago University Press.