This year’s Whānau Mārama New Zealand International Film Festival takes place from 29 October to 5 December 2021. You can enjoy a selection of films from 40 countries. The following ten German (language) films will be featured this year. 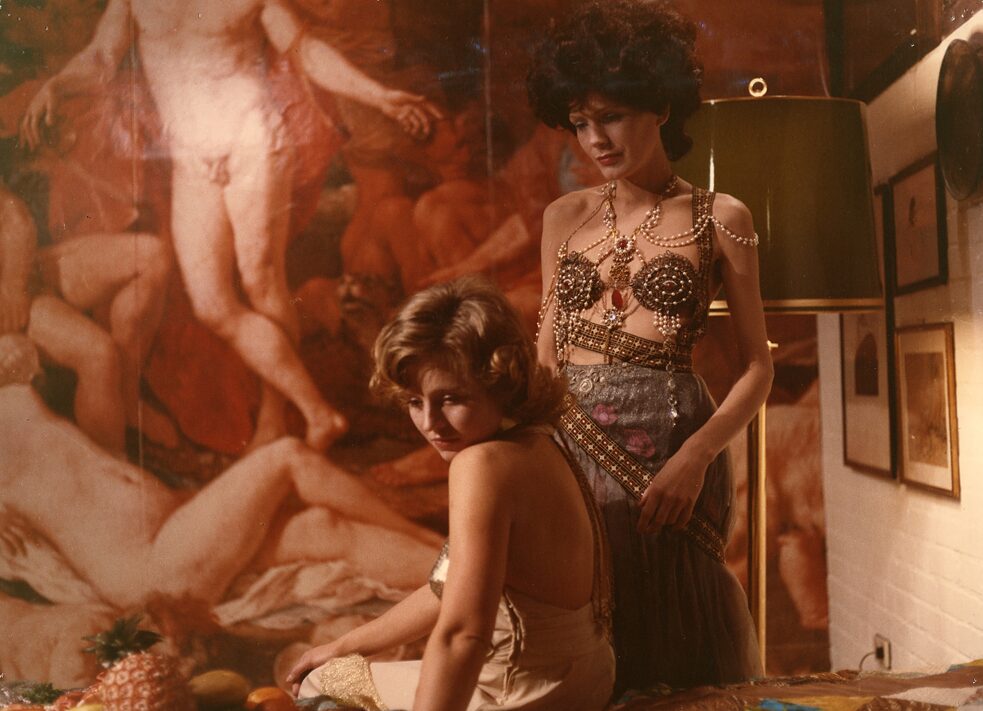 Imperious lesbian fashion designer Petra (a magnificent Margit Carstensen) tries to control coveted ingenue Karin (Fassbinder’s breakthrough star Hanna Schygulla), while her assistant, Marlene (an unforgettable Irm Hermann), looks on in mute rage. The claustrophobic drama is set against a spectacular backdrop of 70s décor and scored by a fabulous, truly Gosdenesque soundtrack of Verdi, The Platters and The Walker Brothers.
Operatic in a thoroughly modern manner, The Bitter Tears of Petra von Kant remains one of the best examples of Fassbinder’s distinctive combination of arch style and emotional rawness. — Andrew Langridge

Fabian - going to the dogs 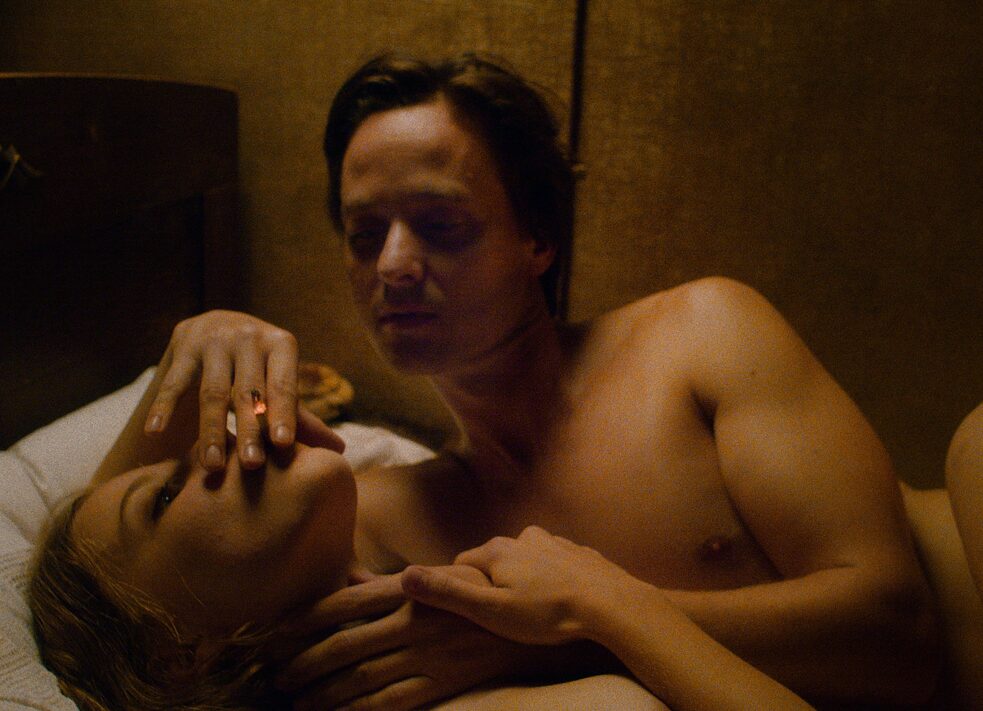 Adapted from Erich Kästner’s Weimar-era novel, the film follows Jakob Fabian (a magnetic Tom Schilling) as he drifts through a sea of underground sex clubs, unemployment lines, seedy bars and eateries. Always slightly at odds with his surroundings, the disillusioned young writer finds focus in the form of aspiring actress Cornelia Battenberg (an equally bewitching performance from Saskia Rosendahl). In the light of their fast-kindled love, the heightened hedonism of friends and fellow revellers betrays an underlying air of manic desperation and fear as the sharper political edges of the film slowly encroach.
Source: NZIFF 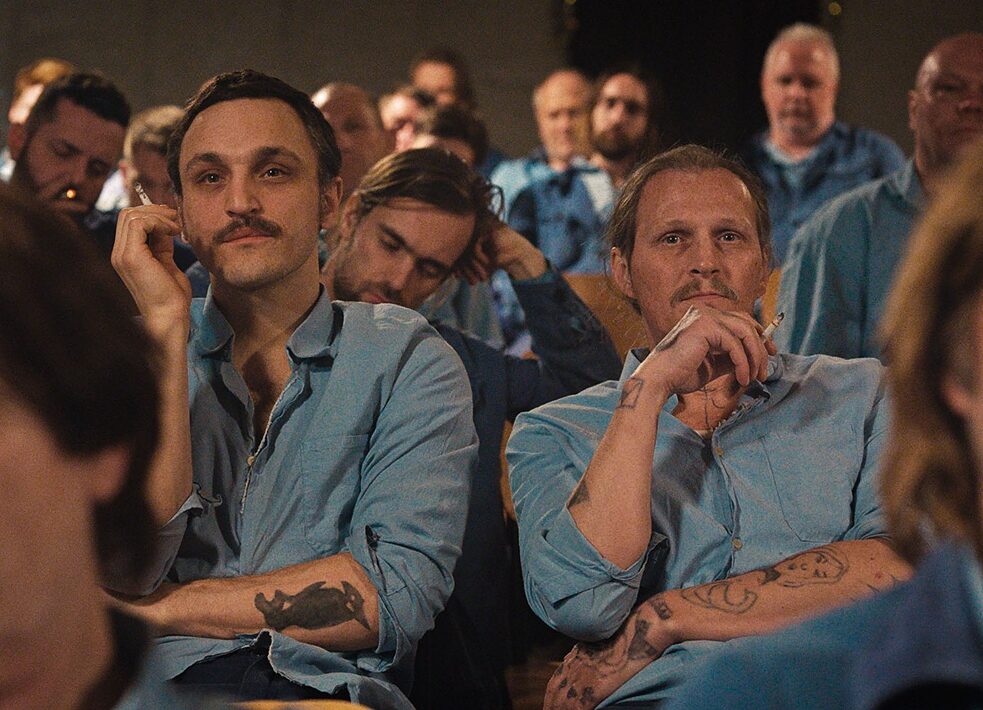 More than 100,000 men were arrested by Nazis under Paragraph 175, a provision that made homosexual acts between men a crime. Unsurprisingly, many of those sent to concentrations camps didn’t survive, and those who did were often sent straight to prison to finish their sentences. Hans is one such prisoner, literally scarred by his time in a camp and now forced to bunk with convicted murderer Viktor, who is disgusted to learn that his new cellmate is a ‘175er’. However, Viktor’s homophobic repulsion soon gives way to sympathy when he realises what Hans has endured at the hands of the Nazis.  - Chris Tse

Helmut Newton: The Bad and the Beautiful 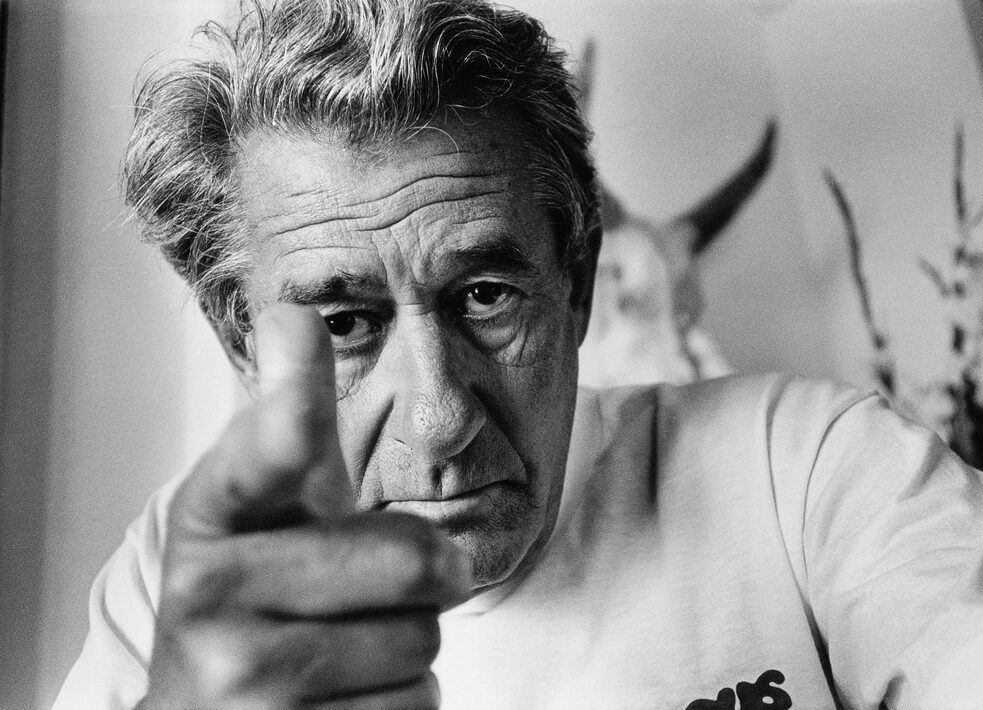 Documentary film about the legendary photographer Helmut Newton (1920-2004), made on the occasion of his 100th birthday on 31 October 2020, which traces the life story of Newton, who was born in Berlin and as a Jew fled to Australia in 1938. He eventually became world famous as a photographer, not least for the influential fashion magazine Vogue. With his often provocative and controversial photographs (mostly of women), Newton influenced international fashion, advertising, portrait and nude photography. For his film, director Gero von Boehm received exclusive access to the archives of the Helmut Newton Foundation. Apart from Newton himself (in archive footage), only women have a say in the film, including his wife June Newton, Claudia Schiffer, Hanna Schygulla, Charlotte Rampling and Grace Jones, as well as Newton critic Susan Sontag.
Source: filmportal.de 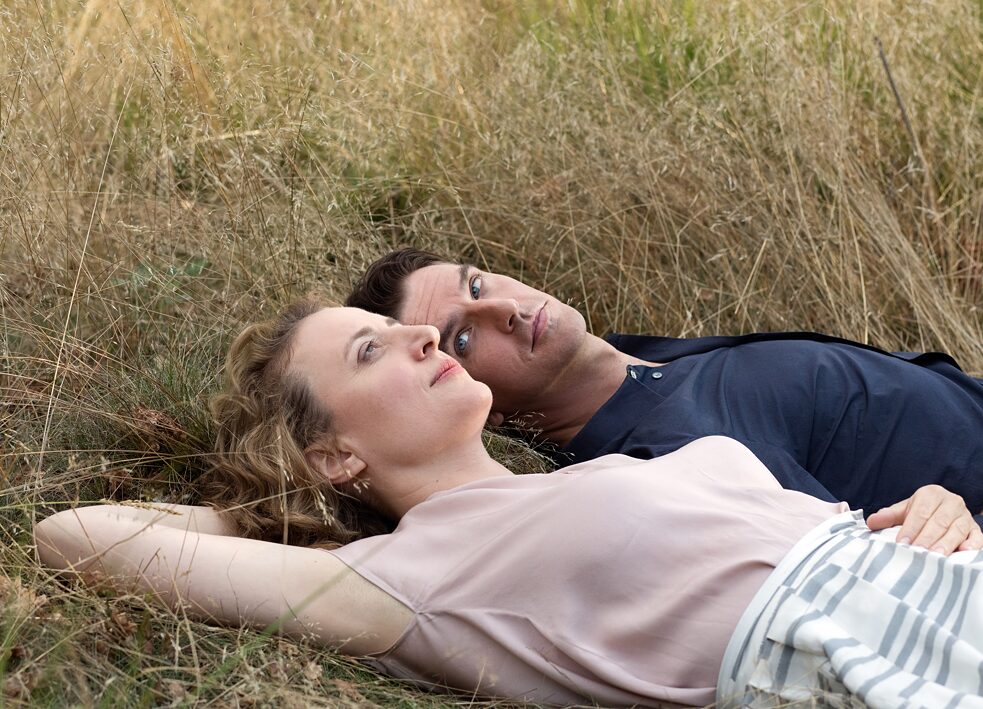 In a deal to secure research funds, archaeologist Alma (Maren Eggert) reluctantly agrees to test-run humanoid love robot Tom (Dan Stevens), who has been tailored to her particular taste. The arrangements are made: Tom, who is still in development, will live with Alma for three weeks, during which she is tasked with taking him for a spin as her romantic partner. Alma, ever the cynic, is not enthused, but grins and bears the experiment for the sake of her studies. What ensues is a funny, poignant exploration of compatibility, trust and desire. - Amanda Jane Robinson 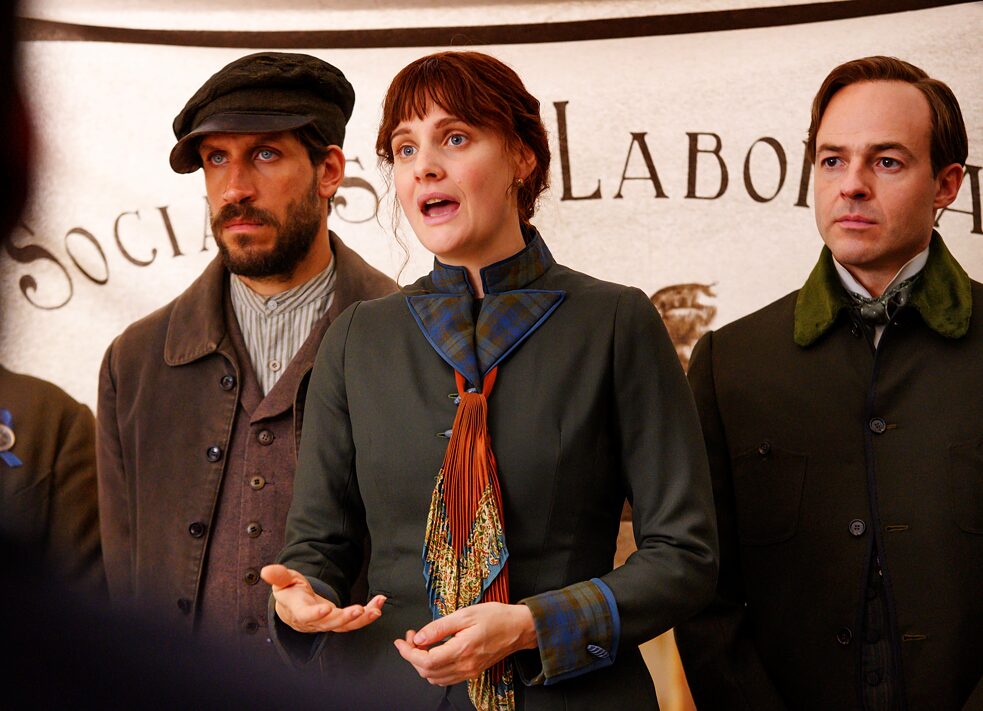 Mr Bachmann and his Class 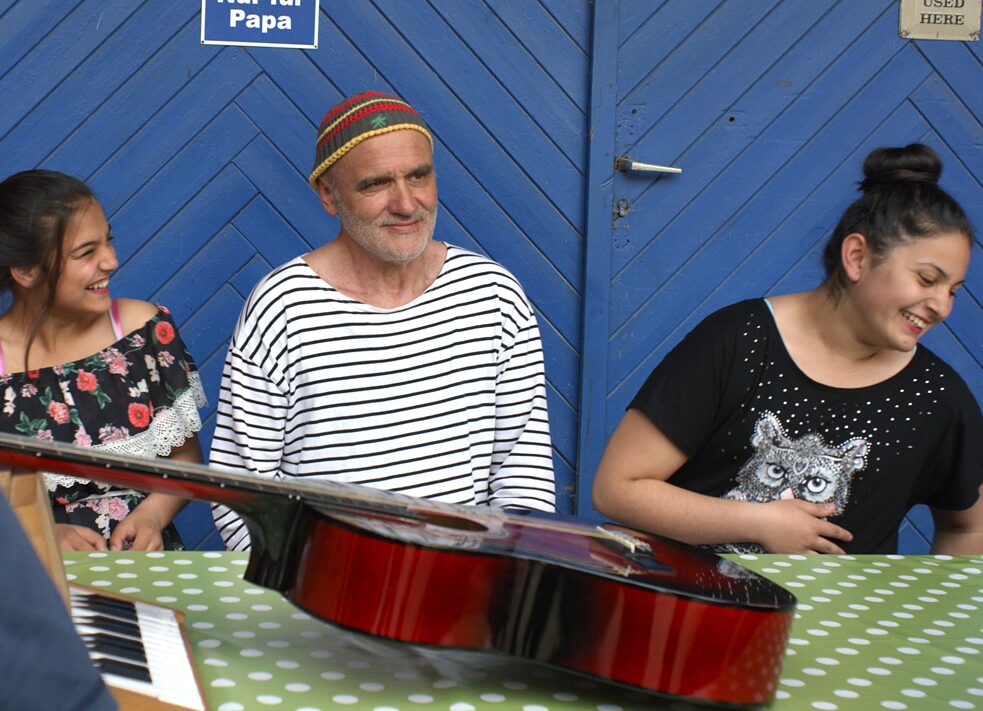 Where does one feel at home? In Stadtallendorf, a German city with a complex history of both excluding and integrating foreigners, genial teacher Dieter Bachmann offers his pupils the key to at least feeling as if they are at home. Aged between twelve and fourteen, these pupils come from twelve different nations; some have not quite mastered the German language. On the brink of retirement, Bachmann is eager to inspire these citizens-in-the-making with a sense of curiosity for a wide range of crafts, subjects, cultures and opinions. Watching this absorbing, sensitive documentary, one is overwhelmed with the realisation that, if only all children were blessed with such emotionally intelligent, ever-patient educators, conflict would be mitigated via discussion and John Lennon’s "Imagine" could be our reality.
Those who, like filmmaker Maria Speth and her cinematographer Reinhold Vorschneider, are able to recognise and highlight so beautifully not only the importance of education but also what a quietly spectacular process it can be, are heroes in their own right, too.
Source: 71. Internationale Filmfestspiele Berlin (Katalog) 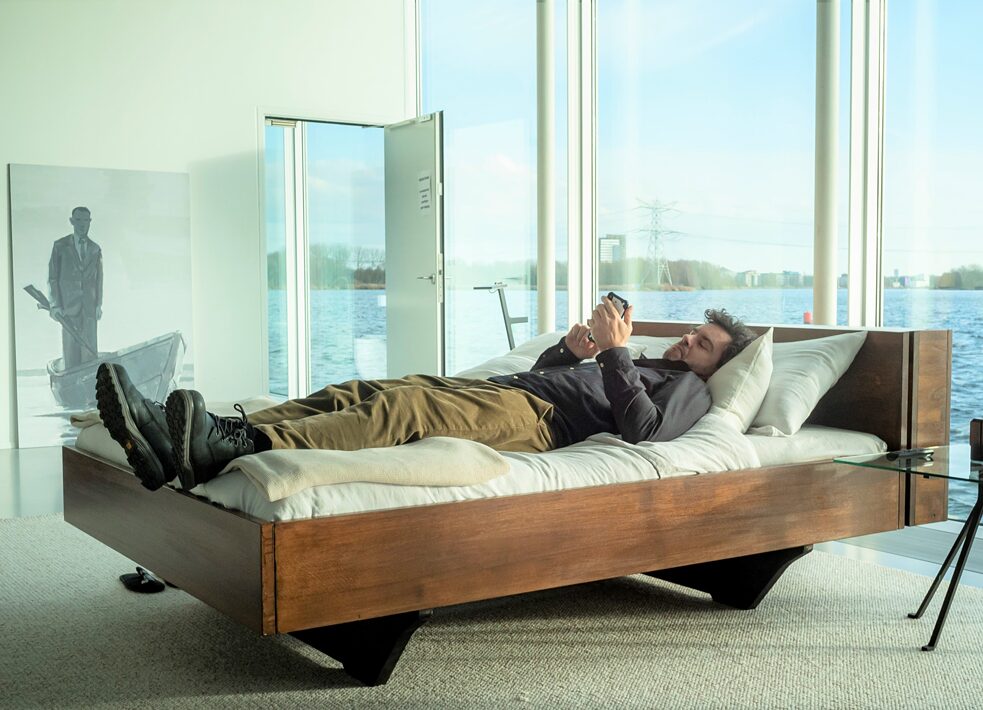 As a child, Günter was found abandoned in the woods and was raised by foster parents. Until recently, he never wondered about his birth parents. But when a strange man approaches him on the street and whispers the word “kamaihí” into his ear and disappears, he starts fantasizing about his mother. Will “kamaihí” lead to truth, understanding, and peace?
Source: NZIFF 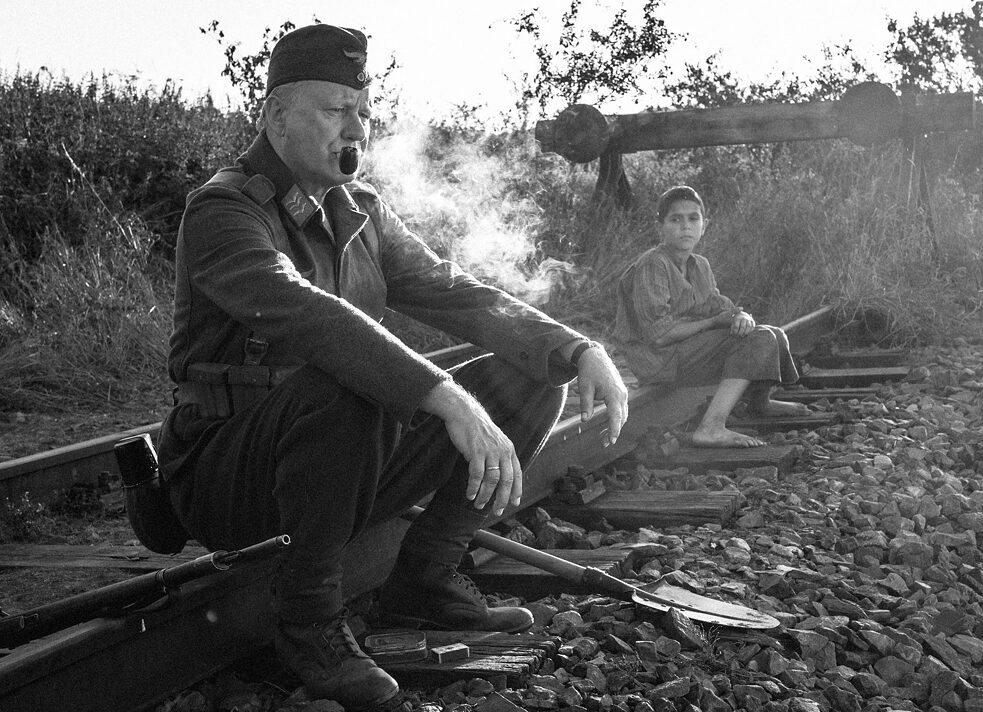 Biblical-grade horror show The Painted Bird begins with a young boy being chased, beaten and forced to watch while his pet ferret is urinated on, set on fire and burned to death, and it gets increasingly gruesome from there... There is little mercy in this unspooling odyssey of debasement and degradation, a beautifully shot nightmare presenting the very worst of mankind.
Source: NZIFF 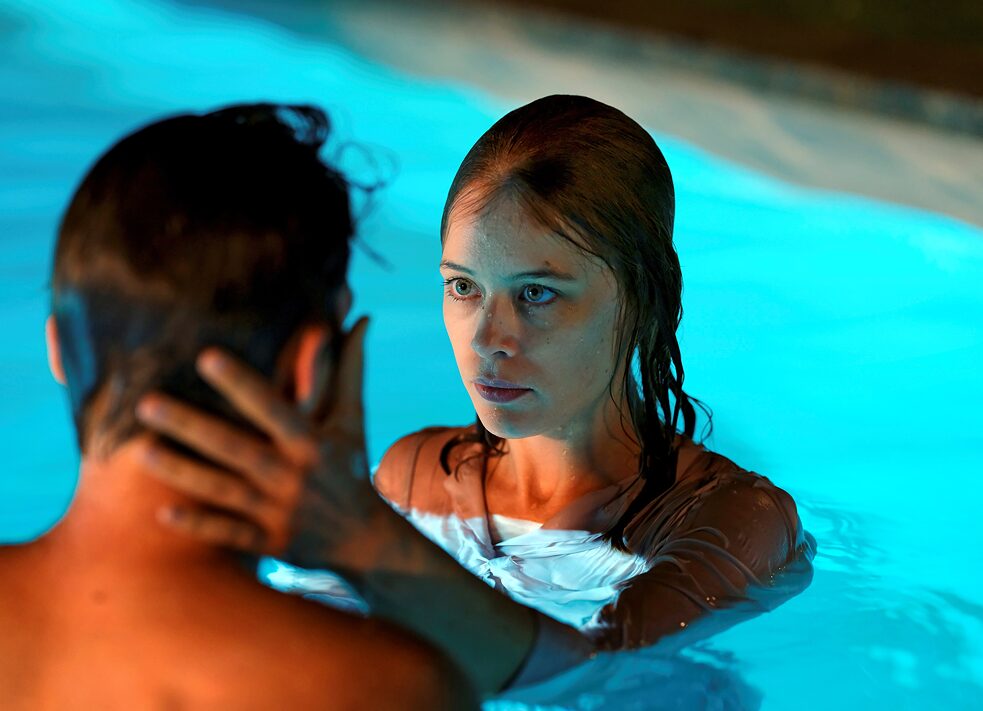 Undine is a historian who works as a museum guide in Berlin. She knows all about the Humboldt Forum, and has the knack of choosing just the right blouse and suit. She is nonchalantly beautiful, and the way she imparts her knowledge about the city that was built on a swamp is as professional as it is graceful. And yet, time and again, her gaze wanders over to the courtyard café at the Stadtmuseum to see if he is there, or is still there, or if he’s there again. Him. But Johannes is leaving, leaving her, and Undine’s world is collapsing. The magic has gone... Christian Petzold reworks the myth of the mysterious water spirit as a modern fairy-tale in a disenchanted world. His Undine defies her role as a powerless and spurned woman and falls in love anew, with Christoph, who dives into the sunken world of a reservoir. Petzold’s deeply assured work reimagines this legend by way of his own cinematic vision, in which precise everyday gestures are combined with ghostly hyperrealism. The story of a life-or-death love, splendidly and effortlessly told.
Source: 70. Internationale Filmfestspiele Berlin (Catalogue)
Top