If you'd told me several weeks ago that I'd sing at Wartburg Castle where Wagner set the opera “Tannhäuser”, I would have laughed politely in disbelief. Yeah nah, or some kiwi-ism. As it turns out, a lot can change with one phone call...

A festival of song

Back in mid-April, I spent an incredible five days working on art song repertoire as a Masterclass Artist for the 2018 Berlin Song Festival with Caroline Dowdle from the Royal Opera House.

Making wonderful friends: the 2018 Berlin Song Festival Masterclass Artists | © Imogen Thirlwall The festival venue – Knutson Studios – is a beautiful art-laden converted loft and home to the piano of the late lieder legend Dietrich Fischer-Dieskau. Reinvigorated with fresh inspiration, my next performance was a very special one.

I had the honour to be a part of the 2018 ANZAC Day Commemorative Service at the Commonwealth War Graves in Grunewald, Berlin.

© Imogen Thirlwall To bring a special New Zealand quality to the service, we included the song “Poppy & Pohutuakwa”, composed by members of the New Zealand Army Band Dave Fiu and Dwayne Bloomfield.

Wreath-laying was a very special part of the commemorative service | © Imogen Thirlwall The words by Vietnam veteran Chris Mullane are cast in bronze in the New Zealand Memorial & Garden, Nga Pua Mahara or The Petals of Remembrance, a poppy-shaped garden near Passchendaele, which opened in October 2017. Singing as part of the service was an experience I will never forget.

Later that evening, I got the call from Meininger Staatstheater and started a contract a week later.

© Imogen Thirlwall Meininger theatre has a rich cultural history. Under the direction and patronage of Georg II, Duke of Saxe-Meiningen (1826-1914), the theatre thrived. It has been credited with the development of modern acting and stage design principles, and legends such as Johannes Brahms, Richard Strauss and Max Reger were conductors of the Meininger court orchestra.

Meiningen, proudly known as the “theatre town”, is in the southern part of the state of Thuringia. resenting music theatre (opera, operetta, musicals), drama, concerts and puppet theatre, it is a four-division theatre withover 300 employees. 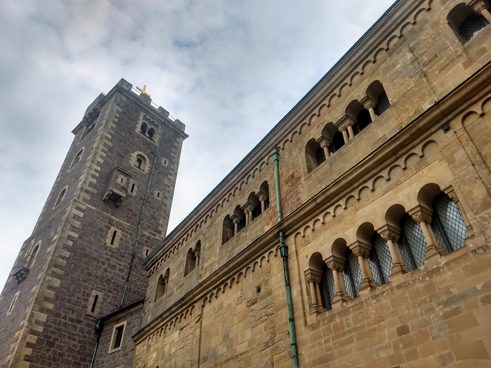 Wartburg Castle where Wagner set the opera “Tannhäuser” is an UNESCO world heritage site. | © Imogen Thirlwall Joining the theatre for the remainder of the 2017/18 season as a soprano in the chorus with soloist commitments, I’m delighted to be performing in productions of “Cosi fan tutte”, “Tosca”, “Carmina Burana”, “Tannhäuser” at Wartburg Castle, “Evita”, and the premiere of “Pirates of Penzance”.

There has been something special in mapping out this journey through the blog. Eight months ago, I moved to a new country where I hardly spoke the language and could count my friends on one hand. I had no idea if I would be able to achieve the goal of working as a singer in Europe. This first contract with an opera house isn't just a foot in the door. It's the stuff dreams are made of. 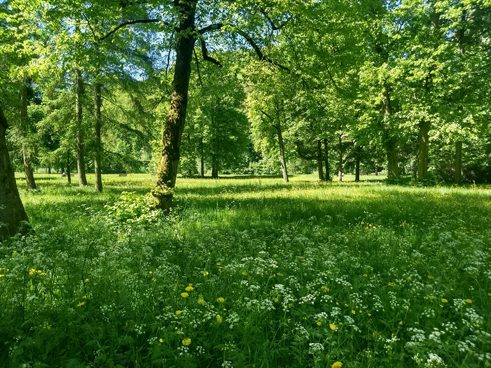 The greenery at Schlosspark Meiningen is a taste of home. | © Imogen Thirlwall