Long-haul journeys and new beginnings: first dispatches on life in a new language, city and hemisphere. 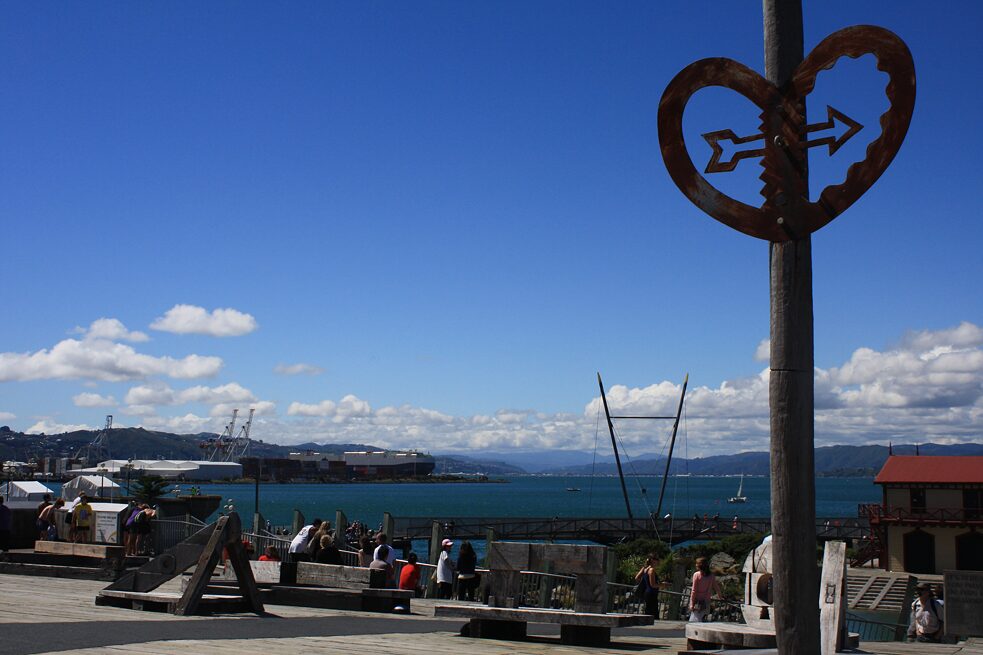 © Katie Rochow The first time I set foot on New Zealand soil was nine years ago – it was the summer of 2008. I was an undergraduate student in Germany, taking advantage of the three-month holiday period from January till March to visit a “kiwi-boy” whom I’d met in Stuttgart during the previous summer term. He was a writer, musician and bohemian and I was a music enthusiast, globetrotter and curious ethnographer, eager to explore the roots and sources of his inspiration.

I fell in love with the country and returned to Wellington two years later as an international exchange student at Victoria University. Soon I continued where I left off, mingling with the artist community, attending jam sessions, house parties with live music, mini festivals in people’s backyards as well as plenty of art and music performances in different venues across the city.

I was fascinated by the sheer amount of creativity, community spirit and musical vitality that transformed the rather small city into a vibrant cultural space. There was something very special about the way those artists created, performed and interacted with their environment and the people around them. Their movement, gestures, words, sounds, desires and dreams came together in a fascinating matrix of forces and feelings, conjuring up a certain rhythmic “beat” which lent the city its unique atmosphere and texture.

© Katie Rochow But what exactly was it about the city that motivated and directed the musicians in their everyday lives? What created this unique atmosphere? Was it New Zealand’s remoteness, its impressive natural features and sometimes rather rough weather conditions? Was it the city’s layout, with its steep hills, Victorian houses, myriad cafés, bars and restaurants, op-shops, ateliers, and music venues?

© Katie Rochow After eight months I left Wellington with a heavy heart and a mind full of questions. At that moment I wasn’t aware that in two years’ time I would return to the city in order to search for some answers to those very questions. Shortly after I completed my studies in Sweden, I moved back to Wellington to start a PhD at Victoria University.

There I was again, (still) a curious ethnographer, globetrotter and music enthusiast, eager to search for some answers. However, this time it felt like I was taking the adventure to the next level. I committed myself to live and work in New Zealand for at least three years.

Besides those questions about musicians and music-making in Wellington, I had to ask myself how I was going to write an 80,000-word dissertation in another language? How was I going to conduct interviews in English and transcribe those conversations? How was I going to present my work or teach in a foreign language? I can’t say I felt “ready” for the adventure but I was definitely excited and prepared to face Wellington’s “winds of change”.