August Sander
Staging of the German past

On the 50th anniversary of the death of the photographer August Sander (1876-1964) in 2014, three exhibitions, in Cologne, Bonn and Munich, commemorated his portrait cycle “People of the Twentieth Century” – a major artistic project whose photographs of farmers, artisans, soldiers, politicians and artists afford a look at German society at the time of the Weimar Republic.

Three young farmers from the Westerwald stop briefly on their way into the town so as to turn to the eye of the observer, who captures forever this everyday moment from 1914. A farmer’s family sit demurely on chairs in front of the Rhine; the river defines the background of the image and so too the origin of the family. A pastry chef wearing a white smock pauses in his stirring for a moment; confidently, he fixes his eyes on the photographer. A jobless person, looking lost, leans against a house wall, slouching in a much too large coat. A tenor holds a wool scarf with his delicate hand to protect his voice. There follow portraits of a police constable, a pilot, a solider, a handyman, a theologian, an artist.

Sander’s goal was that these photographs should afford a comprehensive portrait of German society in a clearly defined historical period. For Sander, a pioneer of the New Objectivity, photography was above all a medium for the representation and realistic rendering of selected subjects, behind which the author-photographer should disappear. To this end, Sander chose a chronology that bolstered the documentary character of the pictures: the portraits are divided into seven individual volumes – The Farmer, The Craftsman, Woman, The Estates, The Artist, The Big City and The Last Men (invalids, disabled, the blind).

Between individuality and social representation

The people that look out of the pictures are defined by their social affiliation: by the professions they practice, or by the “estate” to which they belong. Cited with each portrait is the place and date of the photograph, but not the name of the person, except in special cases where he had attained a certain degree of social prominence. Thus the photographed people are shown in the tension between individuality and social representation. In the series of photographic folders, the weather-beaten face of a farmer merges with all the other farmer portraits into the visage of the farmer as exemplar of “man close to the earth”, as Sander calls him. As embodied history, the “estate” has been stamped deep into the physiognomy. The “habitus”, which the French sociologist Pierre Bourdieu saw as the internalization and incarnation of structurally determined class-specific boundaries, is not restricted to clothing and taste, but also defines the body posture and demeanour of a person. This is particularly evident in the portraits of the young farmers from the Westerwald, who, though photographed walking in their Sunday-best, are no less recognizable as young farmers, or of the brooding theologian, the self-assertive banker or the petrified family of a politician. 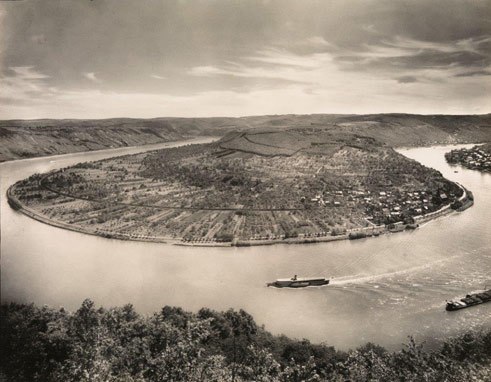 Sander’s categorizations reflect a conception of a society in which people could be seen in terms of clearly defined points of reference, a world full of unambiguities, or so at least it seems to us. He places them precisely in a landscape, accompanied by the clear assignment of a social role, even if the lowest, as in the case of the gypsies or the blind. Isn’t this what touches and moves the contemporary viewer in Sander’s work? An archive of German life in which the world appears to be firmly held together by certainties. A security that, in view of the political developments of the following years, can only be described as deceptive.

Legacies of a bygone world

In the photographs of farmer families, of watchmen and of clergymen, we encounter gnarled faces, most of which stare proudly into the camera with a far-looking gaze, witnesses of a bygone pre-war German society such as could no longer be found only a few years later. And in this Sander’s pictures remind us of those of the American photographer Edward Curtis, who made the indigenous societies of North America a permanent feature of our inner archive of images. Legacies of the proud and self-possessed Native American chiefs, photographed shortly before their annihilation. Sander constructs and stages a German past whose calm, security and inwardness can and well may be fascinating.

Natalie Göltenboth is an ethnologist, free-lance editor and lecturer at the Ethnological Institute of the Ludwig Maximilian University, Munich.