Fifteen-year-old Li Moumin was a third-year student at a junior high school in town. She had an elder sister and a younger brother. Her elder sister, a first-year high school student, was seventeen. Her thirteen-year-old younger brother was about to take the entrance examination for junior high school. Following the shutdown, schools directed teachers to stream their classes on the internet. Homework would also be assigned and submitted online. Li Moumin’s school began on 4 February. But she did not have access to a mobile phone.

Her family only had one phone, which they had asked their neighbours to order for them after scraping together enough money. Her father, Li Handang, had a bad left leg, so he could not work the fields. Instead, he made his living repairing shoes. Her mother suffered from mental illness that she’d been taking medications to treat for years. Her pills cost a few hundred yuan each month. They were a vulnerable family.

The writer Sun Xuyang, who attended high school in Zhangcun Township, wrote an article about the family. He explained that, in the local parlance, Li Moumin’s mother was considered a “dimwit”. The only men in the countryside who would marry a “dimwit” were either disabled, very poor, or both. They worked to exhaustion just to survive, to say nothing of leading a dignified life. “Asking relatives or neighbours to borrow a phone? Only people who didn’t grow up poor would think of that. They think it’s easy to ask because they’ve never had to”, said Sun Xuyang. 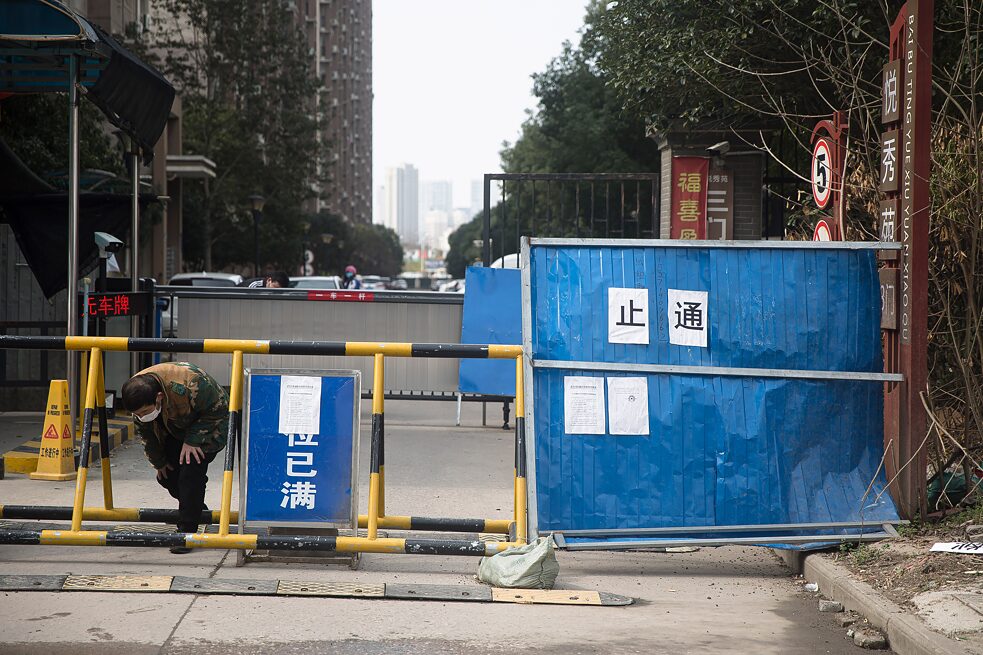 © Goethe-Institut China 2020 Li Moumin reminded Sun Xuyang of his nephew, who was a student in a town near Zhangcun. Not long ago, his family lost their internet connection, and Sun’s nephew threw a tantrum. His enraged father smashed the boy’s mobile phone. This father, worn down by life’s hardships, perhaps could not understand that his son’s tantrum was not simply a loss of temper.

Li Moumin’s lack of a phone was not the only kind of difficulty suffered by students who now had to start taking classes online. On 29 January, the Ministry of Education published a memorandum: Using Online Platforms to “Stop School without Stopping Learning”. Some students who did not want to continue classes flooded DingTalk, Tengxun Classroom, and other online communications programs with bad reviews in the App Store. People complained about blank screens, slow connections, and big corporations infringing on personal privacy. The controversy over these topics took on a carnivalistic tone as users and corporations fired shots back and forth about the applications. In early February, users started posting versions of “It Sounds Good when You Ding”, a song that mocks the video conferencing app, on the bullet-screen streaming site bilibili. On 16 February, DingTalk responded with a video mashup titled “DingTalk Pleads for Mercy Online”.

These exchanges were a world removed from Li Moumin. Her teacher wanted to know why she wasn’t taking her classes and submitting her homework. Her classmates noticed that she didn’t appear in their streaming group. One phone shared by three people meant that Li Moumin didn’t get enough time to use it, and she was too shy to speak up. Twenty-five days after online classes began, she swallowed a large quantity of her mother’s pills. 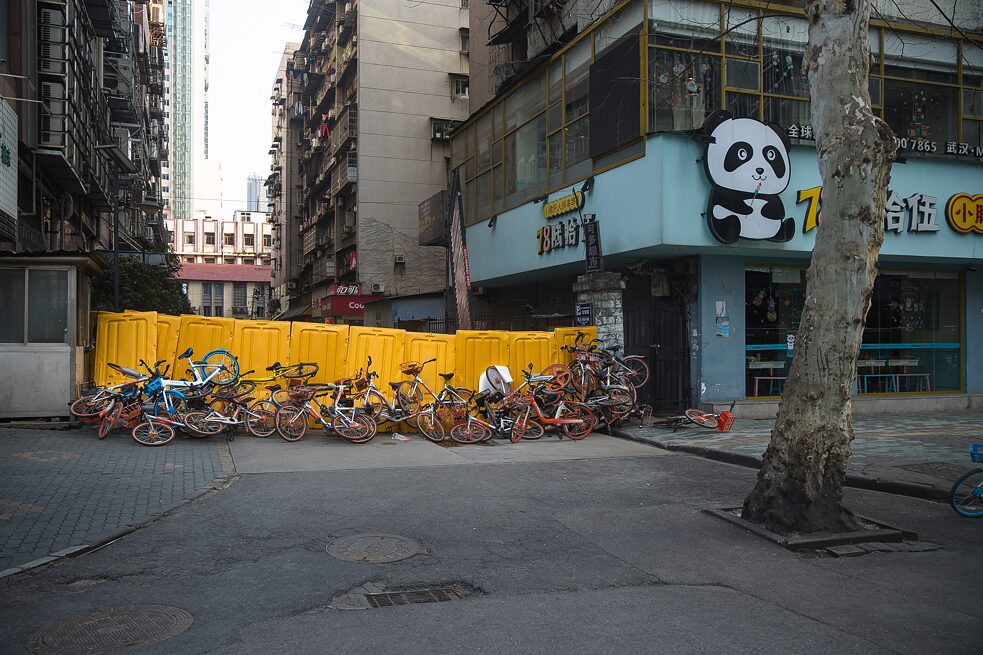 © Goethe-Institut China 2020 The ambulance that quickly transported her to Zhengzhou Central Hospital also brought her family’s plight to the attention of everybody in Shangying Village. The villagers began collecting donations: fifty yuan, one hundred yuan, two hundred yuan. By eight p.m. that same day, they had raised more than ten thousand yuan.

At 9:40 p.m. the following day, Li Handang was interviewed by The Time Weekly. He said that his child had been revived around noon on the previous day, and was still in the hospital for observation. “One type of her mother’s medications is gone now, and we only have the other type left. Because the roads are closed, we have no way to go buy medications. We have to wait until the epidemic passes before we can buy more”, he said to the reporter. But he refused to allow the reporter to help them procure the drugs. “You’re busy, and we don’t want to trouble you”.

At 9:14 on 2 March, Sun Xuyang called Li Handang on the phone. He told Li Handang that many netizens wanted to donate phones, books, and money to their family. He asked Li to provide a bank account number. Li Handang said that he was at the hospital, and also that he could not read and did not understand such matters. Then he hung up.