Beekeepers rely on following seasonal flower blooms for their livelihoods, and each year is a gamble. This year, the coronavirus introduce an enormous new variable. The virus is influencing beekeepers in a variety of ways: they’re unable to move their hives to where canola flowers are blooming; they can’t travel to reach to their apiaries; and if they are from Hubei, they face all kinds of other restrictions. The three stories below come from articles in “Red Star News”, “Sanlian Lifeweek”, and  “People of the Day”.


On 16 February, a beekeeper named Liu Decheng was buried in a small village near the town of Langhuan in Xichang City, Sichuan Province. During the epidemic, the village required that funeral proceedings be kept to a minimum. There were only a few relatives present to bid Liu farewell.

Liu Decheng was forty-five years old. He had a son and a daughter who were in high school and junior high school. Two members of the elder generation also lived with his family. Last August, his younger brother died of cancer, leaving his family in difficult economic circumstances. Four months later, Liu Decheng travelled to Yimen County, Yunnan Province. In recent years, the number of canola fields had decreased in Xichang because tree-planting became more popular. Liu Decheng had to go to Yunnan in order to find sources of nectar for his bees.

Liu started out on his own as a beekeeper when he was twenty years old. Being a beekeeper meant following the floral blooms around the country. Every February, he left Xichang for the canola fields of Mianyang, Sichuan. then, in April, he headed north to Tianshui, Gansu and on to Dingxi, Baiyin, and Wuwei, where the acacia trees and alfalfa plants would be in bloom. In November, he brought his bees back to Yunnan to breed and wait for the next year’s flowers. During this crucial breeding period, he had to feed the bees with sugar-water and spray insecticide to combat mites. If he got the quantity of insecticide wrong, he could lose colonies.

Liu Decheng’s wife and father used to help with the beekeeping, but last year, his father was diagnosed with uraemia, which meant that he had to receive dialysis three times per week. His wife had to look after their two children, and she also took a part-time job at a nearby supermarket. So Liu Decheng was on his own again. 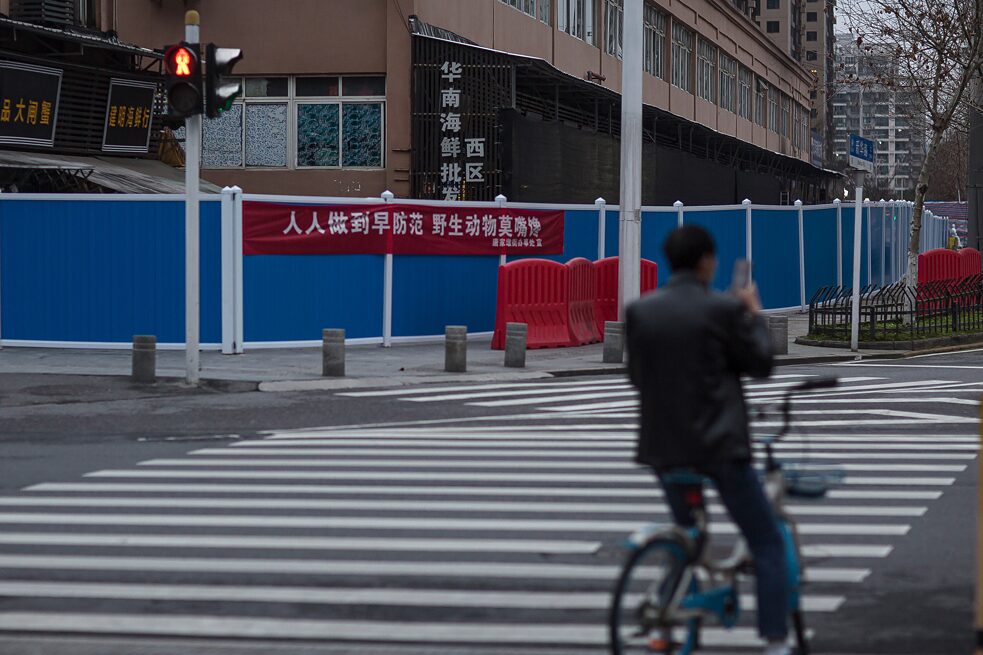 © Goethe-Institut China 2020 In late January, Liu Decheng spoke on the phone with a beekeeper in Tianshui, Gansu. At the time, Liu’s spirits were good. He said that he planned to move from Yunnan to Mianyang, Sichuan on 20 February. A couple of weeks earlier, he had uploaded his latest video to a streaming site. “One tent, one hundred boxes of bees, roaming from place to place: this is the life of a beekeeper”, he said in the video. The song playing in the background was “Don’t Cry, My Friend”.

On 3 February, he sent his friends a group message that said that his bees were poisoned. Of his 176 bee boxes, only 36 had survived. This meant that he would probably suffer a loss of more than 100,000 yuan on the year. Two years ago, he had also suffered a loss. A cold spell hit Gansu in April that year, killing the flowers and leaving his bees with no nectar to harvest. Instead, they had to live off white sugar. A fifty-kilo sack of white sugar cost 400 yuan, and his bees consumed more than ten sacks per flower season. Liu had to spend several tens of thousands of yuan.

This time, the poisoning of the bees was related not only to the anti-mite insecticide but also to the epidemic. The farmers who usually left their fields after the New Year to go work in the cities had to remain where they were. So they sprayed their fields with insecticides, leading to more bee deaths. Also, the roads were closed in Yimen County, so Liu Decheng couldn’t leave, nor could he order deliveries of sugar.

During the first ten days of February, Liu Decheng called his father Liu Dingrong five times. His last call came on the afternoon of the 10th. He said that he wanted to sell the apiary and end his days of constant travel. “I’ll come back to look after you”, he said. Liu Dingrong did not notice anything out of the ordinary during the phone call. But two days later, Liu Decheng’s wife was unable to reach her husband. She asked her cousin to search for him. Her cousin was also raising bees in Yimen County, Yunnan, and the two men’s apiaries were only seven or eight kilometres apart. On 13 February, the cousin found Liu Decheng at his apiary. He had hung himself.

The police investigated the cause of death and found a short note in his mobile phone from 11 February. The gist was that the large dose of insecticide he had used, combined with the insecticide from the local canola fields, had caused most of his bees to die of poisoning. He had taken it to heart and ceased to value his own life. 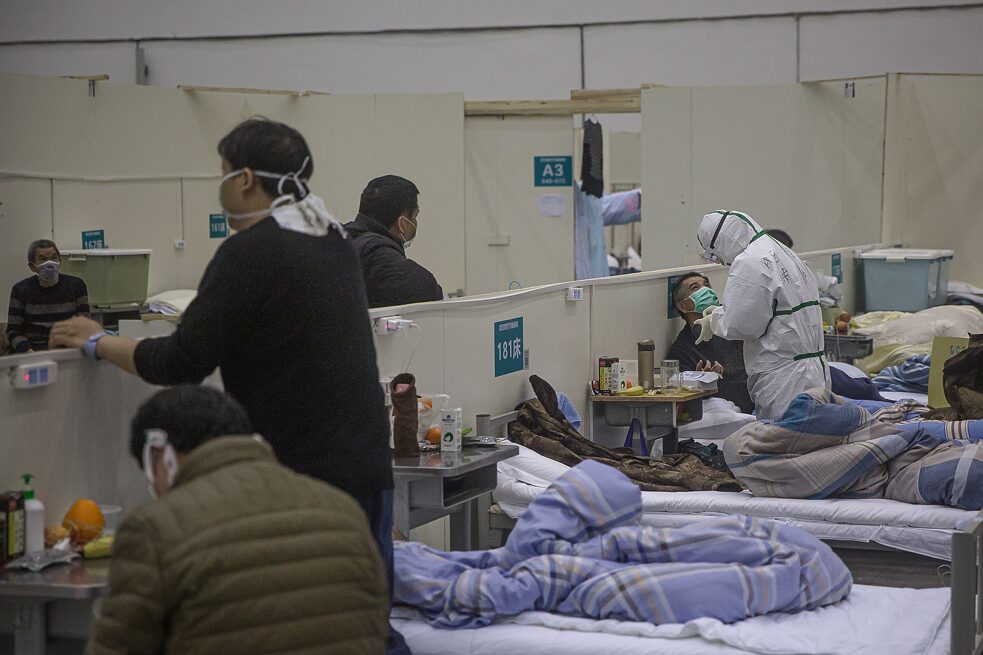 Some people, including Liu Xiaomei, were not able to benefit from the notice published on 15 February.

Liu Xiaomei was from Jingmen, Hubei. In late December, she transported her bee boxes to Chuxiong, Yunnan for the breeding period. This breeding period allows the bees, weakened by the cold winter months, to recover their productivity on the one hand, and on the other hand, to increase efficiency by taking advantage of the most abundant nectar sources. She planned to move from Yunnan to Sichuan around 10 February to follow the canola flower blooms; after that, she would return to Hubei for citrus flowers. In mid-April, she would go farther north, into Shaanxi and Gansu, where the locust trees would be blossoming.

On 14 February, a beekeeper from Hubei told Liu Xiaomei that he was stuck on Hainan Island, unable to leave. Yunnan was also implementing traffic controls. Liu Xiaomei worried that her Hubei residency would cause her problems as well, so she planned to transport her bee colonies to the Baijiang region of Sichuan, where another beekeeper friend could look after them.

But within a couple of days, the policies became even more strict. When the local authorities heard that she was a beekeeper from Hubei, they prevented her from travelling. But if she couldn’t transport her bees in time, she had to rely on feeding them sugar. Liu Xiaomei had stockpiled five tons of sugar, but soon she had used up almost all of it. Her five hundred bee boxes consumed a ton of sugar per week, which meant that she was spending six thousand yuan just on feed.

The flower season in Sichuan ended on 10 March. Liu Xiaomei’s decided to try to find a ride from Yunnan back to Jingmen, Hubei. “In April, there will be citrus flowers at home. In June, there will be chaste trees, and in September, camphor trees. Even though they are minor nectar sources, they are enough to preserve our livelihood”. She also knew that there were many bee box factories in Hubei, which meant that she could make some money by selling bees.

But all of that depended on her being able to find a way back to Hubei. And of the flower seasons that follow each other on a tight annual schedule, she had already missed the first.

Yang Kun, a beekeeper for fourteen years, tried to return from Chongqing to Turpan, but he failed.

Fifty-eight-year-old Yang Kun had come to Chongqing prior to the New Year, leaving behind in Turpan three hundred bee boxes worth about 150000 yuan. He planned to return on 27 January to take care of them, but due to the epidemic, Turpan would not allow non-residents to enter.

Xinjiang beekeepers usually spent the summers in Altay and transferred their bees to Turpan in the winters. Their spring breeding period was in February. The apple and crab-apple trees flower in March and April. In July, the bees feed on cotton, calabash, and watermelon blossoms. These bees only produce honey in July: that was harvest season.

But now, everything was thrown into turmoil. Yang Kun couldn’t return to Turpan, so on 25 February, he asked a friend to go to his apiary and take a video. The ground was dense with the bodies of dead bees. He asked a relative in Altay to hurry to Turpan to look after his apiary, but the relative said that even if he could go to Turpan, he’d have to spend fourteen days in quarantine upon arrival. Fortunately, Yang Kun was eventually able to reach the local agricultural bureau’s beekeeping hotline. They told him that “if you undergo quarantine where you are with no abnormalities, you can enter the town”.

At dawn on 29 February, Yang Kun boarded a train from Chongqing to Turpan. One night and two days later, he arrived at the Turpan train station, but he was detained at the station. The policy had changed: even if you had been quarantined for fourteen days, you still could not enter Turpan. After more than ten hours at the train station, Yang Kun ultimately had to board a train headed back in the other direction. One night and two days later, he was back in Chongqing. It was already 3 March.

When Yang Kun’s wife saw the news that the Sichuanese beekeeper Liu Decheng had hung himself in Yunnan, she said to him, “Let’s give it up and sell the bees next year”. But Yang Kun did not want to abandon his hopes. They had no retirement funds and no insurance. Raising bees was still the best way they knew to earn a living.