Throughout the evening, approving murmur was the accompanying sound in this 10th edition of KigaliLit, the regular literature dialogue format of the Goethe-Institut Kigali and Huza Press. In cooperation with the Sistah Circle Collective, an evening was organized around the US-American author Keturah Kendrick. She was invited to read from her Book “No Thanks. Black, Female, and Living in the Martyr-Free Zone.” Together with the moderator Marianne Mesfin Asfaw, member of the Sistah Circle Collective, she talked about her life-choices of not getting married, not wanting to have children and to be the architect of her own happiness. When the topic of regret came up she said: “The only regret that I have, is that I wasted an obscene amount of time, waiting to feel regret!”

Keturah Kendrick grew up in New Orleans, Louisiana, in a very conservative environment, where women are not meant to make their own life choices. The author states that in Louisiana, “there is a very strict commitment to the western bastardisation of Christianity - which is the control of women and to convince them to make it their goal to be wifes and mothers.”

That this already mapped out path would not be hers, she realized at a young age: “I remember in sixth grade having a conversation, when I was on a playground. My friends were talking what they’re going to name their children and planning their weddings. And I did not understand why we were having this conversation.”  For her, it was already clear that in order to be happy, she had to go her own way.

Instead of taking the easy way, she decided to make her own choices, even though this meant to be challenging . “The message that the only way to godliness is to be someone’s mother and someone’s wife”, she says, “was very clear to me – and very suffocating.” Because of her choice of not to have children and not to get married, she was constantly reminded that “something was wrong” with her. She describes this not fitting in the pre-made forms of society like “feeling as a unicorn.” 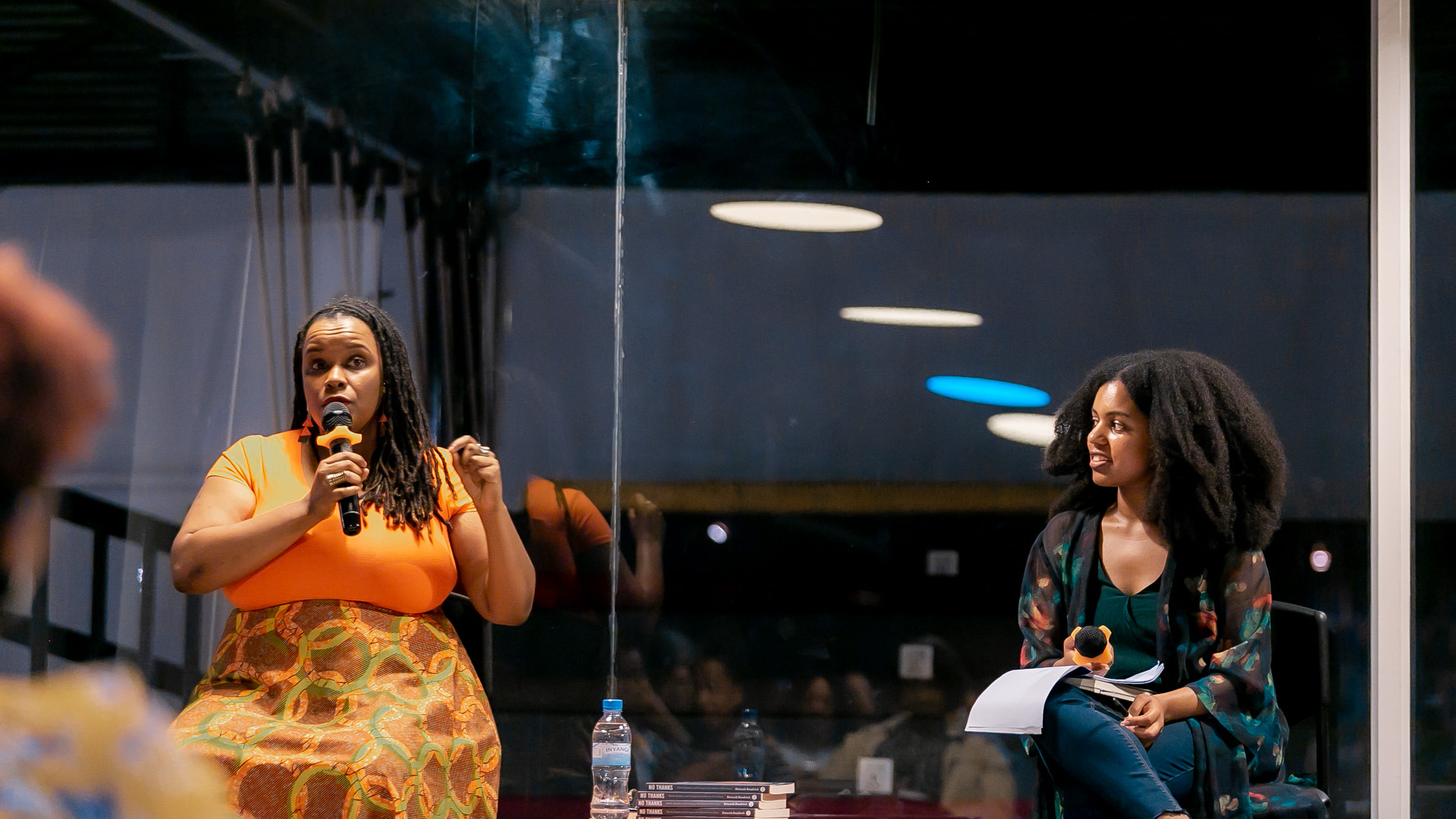 After the lecture, when Marianne Mesfin Asfaw addressed the crowd to ask their questions to Ms. Kendrick, it became clear, that she was not the only one feeling like a “unicorn”. After a short shyness, everywhere in the room hands would rise up, everybody eager to ask the author. Ms. Kendrick took a lot of time to answer all questions and made one point very clear: “You may feel like a freak of nature a lot. But, you have to get used to that feeling, because if you conform, you may end up accepted more, but something doesn’t feel right.”

When the author was younger and struggling with her situation, one of her biggest influences was the musician Prince. What impressed her was that he, “with his androgyny as a black man in the 80s in America” could just be himself. From Prince, she learned to really commit to what you want to do and to “who you really are.” In fact, Ms. Kendrick states that “if Prince had not died, this book would not have been written.”

The book can thus be seen as a logical result of her decisions. Throughout her whole life, the author was confronted with different reactions to her life-choices. Some made her “angry”, but some also made her “grateful”. One day she reached the point where she was saying to herself: “This is going to be a book! I have something I need to say!”

With sharing her experience at events like this edition of KigaliLit, she can now be an inspiration to others. At the end of the lecture, the US-American insisted on one point:  “Nowhere in this book will you ever get the feeling that I am trying to convince you to live my life. And I don’t want you to. I say it to many women at my readings: if you read my book and you want to marry your good man and have six of his kids, all that I ask is that you invite me to your wedding – if there is an open bar I’ll be there on time and early.” The approving murmur turned to laughter and, when she gave an advice to everyone in the room, to long lasting applause:  “Choose yourself and you create your own narrative. And stand behind your choice without blinking, without a flinch. Because at the end of the day there will be no one who will help you throughout regret and the choices you made except you!” 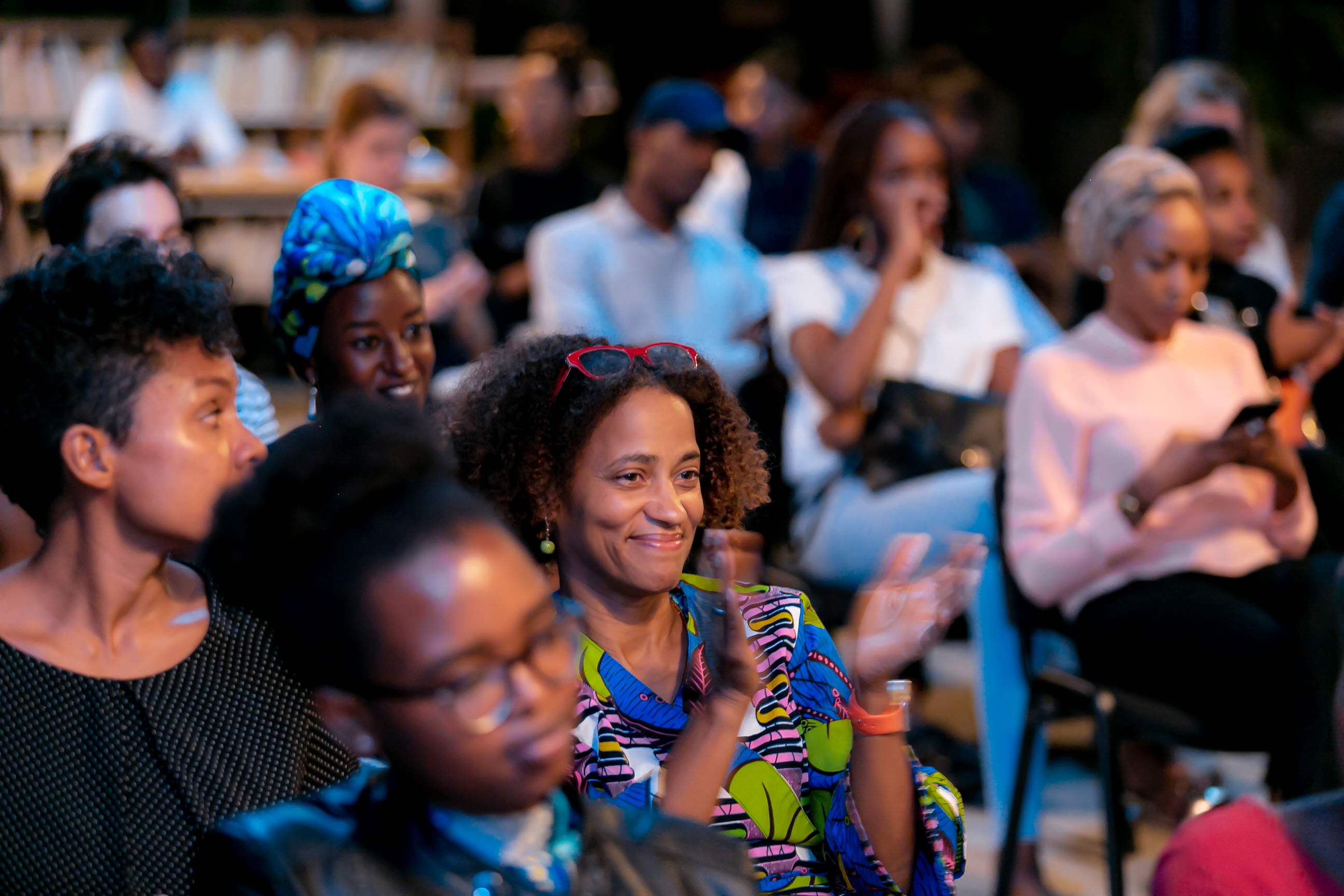