Kraftwerk
The Pioneers of Electropop

Kraftwerk are undoubtedly Germany’s most significant contribution to the global history of pop music. Some even claim they were more influential than the Beatles.

Sometimes the present suddenly catches up with the past, as in 2018, when Kraftwerk won the first Grammy in its long history. Not that the world’s premiere music prize hadn't already honoured the pioneers of electropop. Kraftwerk was recognised for their life's work in 2014 and the Düsseldorf-based group’s legendary fourth album Autobahn was ushered into the Grammy Hall of Fame just one year later.

Still it would be half a century from when Ralf Hütter and Florian Schneider met and founded Kraftwerk in 1968 before the band won an actual Grammy. The Grammy jury named 3-D The Catalogue the Best Dance/Electronic album of 2018. Kraftwerk prevailed over rivals like Bonobo and Mura Masa, who hadn't even been born when the boys from Düsseldorf were already making history.

Born in 1946, Hütter, his changing line up of musical collaborators, and their recordings in the legendary Kling Klang studio have certainly made both history and waves over the years.  Kraftwerk are undoubtedly Germany’s most important contribution to the history of pop music, and perhaps even more significant. Ground-breaking pop music critic, musician, record label founder and professed Kraftwerk fan Paul Morley has called them "more important, more beautiful and more influential than the Beatles ever were." 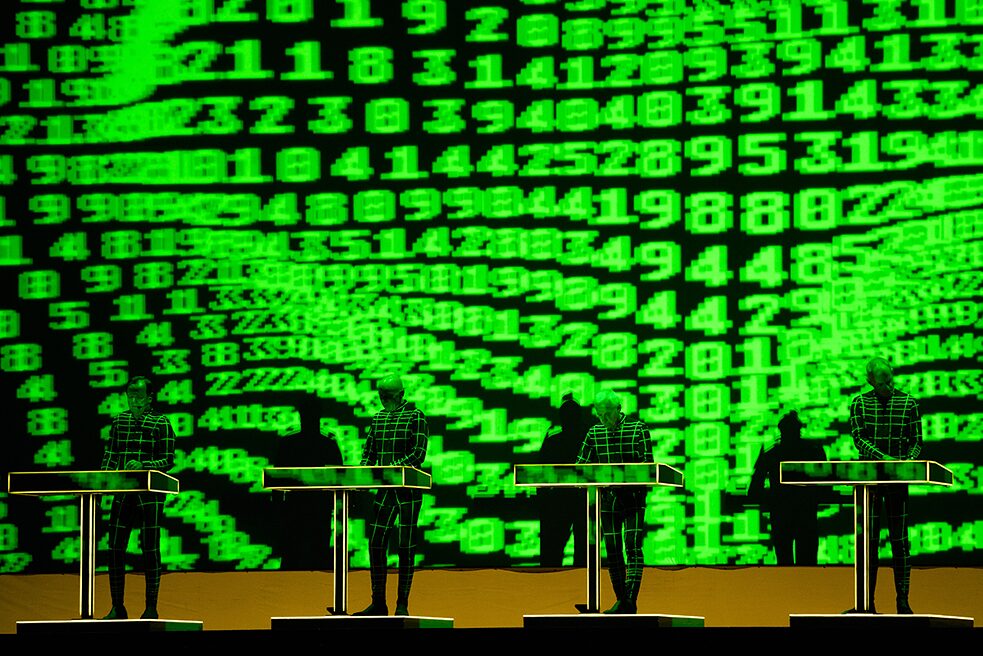 Kraftwerk at a concert in Berlin's Olympic Stadium in September 2018. | Photo: © picture alliance/Gregor Fischer/dpa (108863576) A somewhat controversial statement, as the Beatles were far and away the more commercially successful band. But the assertion that Kraftwerk had a greater influence on the evolution of music history is not without merit. After all, the Düsseldorf group are not only the godfathers of techno – their electronic beats also influenced other genres. Kraftwerk's unique style has inspired and influenced musicians and bands like Depeche Mode, David Bowie, New Order and Rammstein. And when rap began picking up speed in the early eighties, New York hip-hop pioneer Africa Bambaataa was not the only one mining Kraftwerk's songs for beats to incorporate into his tracks. The same thing took place a few years later in Detroit, when resourceful DJs extracted their machine-like rhythms from Kraftwerk's recordings. Today, the international charts are dominated by techno and rap and their many sub-genres, and the innovators in hip-hop and techno never tire of praising Kraftwerk's pioneering achievements. Even the mainstream rock band Coldplay outed themselves as a Kraftwerk admirer a few years ago when they used a riff from Kraftwerk's hit Computerlie beas the central motif of their hit Talk.

Kraftwerk have long since ceased to be musical trendsetters, but they have become an institution. New recordings are rare, but the legacy is managed systematically and competently. With dedication and a great deal of secrecy, Hütter toils away on his own mythology. There are very few interviews, no details from his private life, and only a few carefully staged photos, no collaborations - not even with Michael Jackson, who is said to have expressed interest at the height of his fame in the eighties.

“Wir sind die Roboter” (we are the robots)

A collaboration with the King of Pop would probably have boosted Kraftwerk's income considerably. At the time, however, they were no longer a pop act, but a total work of art conducting research at the interface between human existence and modern technology. Kraftwerk never conceived of themselves as just musicians. Visuals, staging and philosophy were just as important, and referencing conceptual art was part of the program. Just the fact that they incorporated ideas and methods from Dadaism, Constructivism and Bauhaus would ultimately secure them a place in art history. 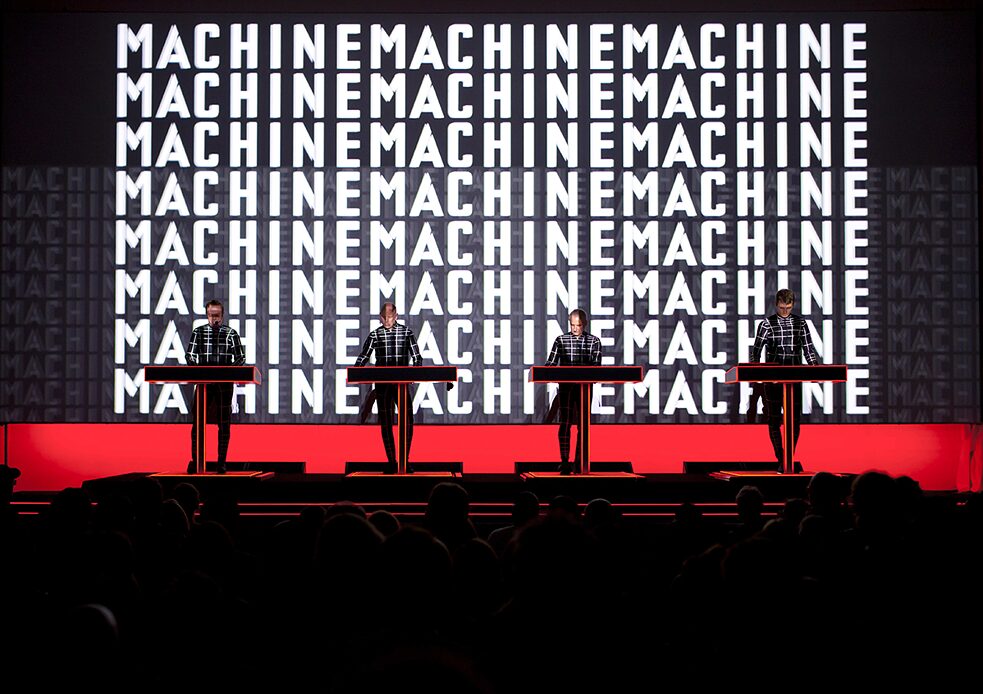 These days Kraftwerk are increasingly appearing at art festivals or in museums, as here in the New York Museum of Modern Art (2012). | Photo: © picture alliance / Peter Boettcher / dpa Consequently, Kraftwerk no longer appears just at ordinary concert venues, increasingly preferring to perform at art festivals such as the Ars Electronica in Linz (1993) or in museums such as the New York Museum of Modern Art (2012) or the Berlin New National Gallery (2015).  The concept of Kraftwerk as a complete work of art is best expressed in art spaces, and technological developments have begun to realise the metamorphosis from man to machine that was still just a dream when the band first began. In the early days, the machine-like beats still emanated from drums. Today Kraftwerk increasingly sends out manikin and robot representatives – even on stage. The people behind Kraftwerk, or more accurately their opus, have long since disappeared, making them more in keeping with the times than ever.

Thomas Winkler writes about music, sport and films for the “taz” newspaper and other media. He is also a pop editor for Berlin city magazines “zitty” and “tip”.