In memory of the science fiction author Stanislaw Lem

In memory of the science fiction author Stanislaw Lem, who would celebrate his 100th birthday this year, we organize the Anti-Dystopian Congress. The online program is looking at ambigous, unfinished and unpolished narration of our future and is defined by a series of discussions, presentations, artistic interventions and a film program, which will also be available online.

Concept: Curated by Isabella Hermann
We are surrounded by doomsday scenarios: Climate change, species extinction, democratic backlash, and an inhumane technization of the world point to negative futures. Dystopian narratives can be an alarm bell, but beyond criticizing the present, they make no offer for a better future. Dystopias rather show fatalism, resignation and hopelessness. Don't we need strong utopian visions to stand against dystopia? Utopias, after all, formulate desirable futures and thereby provide orientation for action. Nevertheless – as also described by Stanislaw Lem – great political utopias have become disenchanted after the failure of real-world communism and the unfulfilled promises of neoliberalism. We want to overcome the simplistic dualism between utopia and dystopia by not striving for the unattainably perfect utopia, but by actively resisting dystopian narratives of the future. Between utopia and dystopia lies anti-dystopia, the rebellion against inhuman and negative futures.
The proposition: the future will be imperfect and chaotic, but we can make it a better place against all odds.

Film Programm
Part of the congress is a film program curated by German author and theorist Georg Seeßlen and will be available online via stream. Under the title DER MENSCH DER ZUKUNFT - DER MENSCH IN DER ZUKUNFT (The Human of the Future – The Human in the Future) the film program will reflect the notion of identity and diversity in the era of Artificial Intelligence and Virtual Reality. The selection is intended to show that films under the label Science Fiction can also be completely different: No spectacles from the construction kit of popular mythology, no fantasies of eternal struggle, of destruction and apocalypse and no leading articles in futuristic disguise. It's about personal visions and transgressions, about film as a thought and form experiment, about freer thinking and narration beyond the simple duality of utopia and dystopia, it is about understanding the future as an open space that is more than just an extension of the present and its problems. It's about science fiction as a brave genre.

The congress will take place on the online platform Gather.town.

This is a regional project by the Goethe-Institut Bratislava, Budapest, Krakow, Prague and Riga.

You can find more at:
www.goethe.de/sk/antidystopiancongress 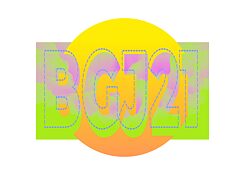 This event takes place in cooperation with Bratislava Game Jam.