Inclusion in the arts
Promoting cultural diversity through inclusion

French horn player Felix Klieser was born with no arms and works the valve on his instrument with his left foot. | Photo (detail): © picture alliance/Bernd von Jutrczenka/dpa

An exceptional French horn player born with no arms: this unusual sounding, real-life example demonstrates just how powerful inclusion in the arts can be. Accessible arts centres and inclusive art classes also have important roles to play.

At just four years old, Felix Klieser informed his parents, “I want a French horn!” It seemed like an impossible dream, since Klieser had been born with no arms. But the young boy stood firm and as a teenager he was already taking lessons at the Hannover University of Music, Drama and Media. Today the 27-year-old, who works the valves of his instrument with the toes on his left foot, is considered one of the best French horn players in the world.

Born in 1959, internationally renowned opera singer Thomas Quasthoff was rejected by the same university as a young man because with no arms, he could not play a second instrument. “In classical music, the standards of musical excellence are extremely high,” Gerald Mertens, Managing Director of the German Orchestra Organisation, says. The exceptional French horn player’s manager, Hasko Witte, notes that, “in the class Felix Klieser is in, it doesn’t matter at all whether you play with your hands or feet. Either your sound is exceptional or it’s not.”

In 2009, Germany ratified the UN Disability Rights Convention, promising to work on further improving cultural participation for people with disabilities. This involves more than supporting them as artists and ensuring early access to cultural education. It also means increasing opportunities for participation as an audience. New building codes are helping by regulating accessibility, and wheelchair ramps and hearing loops for deaf visitors have become widespread in art centres. The Reisen für Alle (Travel for Everyone) platform has introduced a national, unified labelling system for accessible tourist attractions including museums and concert halls.

“In recent years, there have been significant changes in music mediation for different target groups,” Gerald Mertens says. These include a variety of formats for people with handicaps. He adds that the next key step is to improve outreach to people with disabilities, encouraging them to take advantage of cultural offerings and eliminating possible inhibitions. This is where projects such as “Kulturschlüssel Saar” (Saar Key to Culture) come in. Through a “Kulturloge” or local cultural platform, cultural centres offer any unsold tickets to people with disabilities free of charge and volunteers then accompany them to concerts and plays.

Museums have also taken new, ground-breaking approaches. Most of the larger museums now offer guided tours in simple German and sign language, or feature tactile exhibitions. Jochen Schmauck-Langer, who offers museum tours for people with dementia and trains specialists, argues that such tours should be integrated into normal museum operations.

The much acclaimed Heidelberg Prinzhorn Collection has taken a different approach to inclusion. Since opening in 2001, the museum has exclusively featured art by people who have experienced mental illness. With its unique collection of outsider art or art brut, it has become an integral part of the museum landscape in the Rhine-Neckar region. 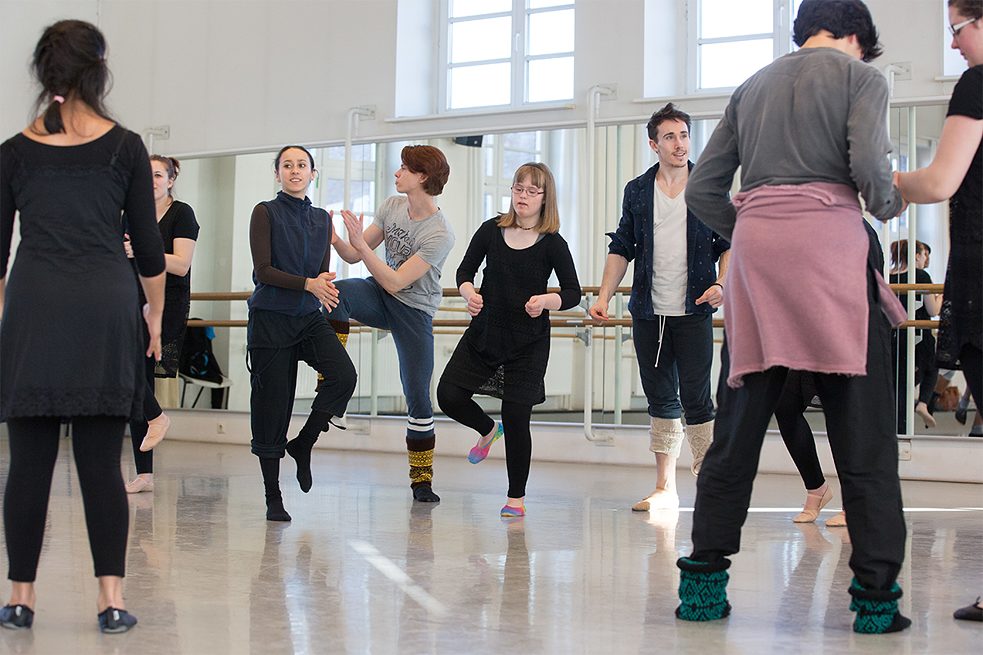 An inclusive dance workshop at John Neumeier’s National Youth Ballet School. | Photo: © picture alliance/ Christian Charisius/dpa Susanne Keuchel, Director of the Academy of Cultural Education of the Federal Government and the State of North Rhine-Westphalia, which took over the management of the Culture and Inclusion Network sponsored by the Federal Commissioner for Culture and the Media in 2015, would like to see greater representation of people with disabilities. She argues that they should not only be visible on and in front of the stage, but also behind the scenes, involved in the administrations of cultural institutions and empanelled on juries, for example: “More diverse organisational structures get more people thinking about inclusion.”

There is no shortage of good inclusive projects, though Keuchel notes efforts to promote participation are still usually bottom-up, individual endeavours. So the network she heads is focusing on changing the framework conditions. “It is often the culmination of a number of seemingly little things that prevent people with disabilities from participating. To be a truly inclusive society, we have to continually assess the inclusiveness of well-established processes.”

Katja Marquardt is a freelance journalist who writes primarily about (inter)cultural and social issues.