Why is the City of Toronto one of the few major cities without any monuments of Black people? How can artists positively reimagine the past, present and most importantly future of their absence?

Quentin VerCetty’s (Toronto/Montreal) Missing Black Technofossil Here is a public space intervention that addresses Tania Inniss’ notion that “the absence of Black representation in art” is erasure and connects with recent debates around the “Mohrenrondell” in Potsdam, Germany, as well as the removal of colonial figures across the Black diaspora globally. 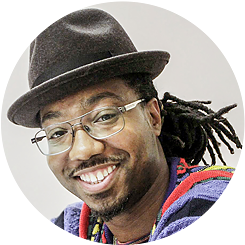