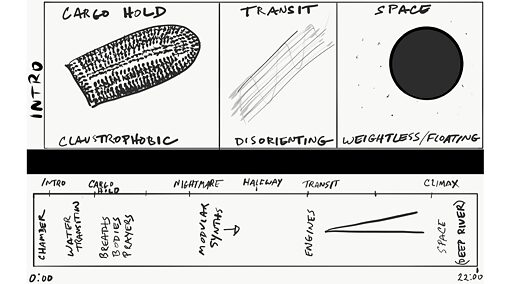 A conversation between Yvette Janine Jackson and Jacek Smolicki

The notion of the soundscape is a compositional technique which creates a sonic environment for the listener to immerse herself in. Often aesthetically intriguing, even mesmerizing, soundscape compositions invite listeners to acquire a new perspective and critical angle on the subject or space they pertain to. They can open up a temporary zone for rethinking one's understanding of a given milieu, its history, actors and relations that govern their actions.

In this conversation, composers Yvette Janine Jackson and Jacek Smolicki consider soundscapes and their potential for capturing events and characters from the past and connecting them with the present.

Our speakers will begin the conversation with the following presentations:

Yvette Janine Jackson
Narrative soundscape composition is a framework for confronting contentious historical events and social issues.  The practice engages multichannel audio, low frequencies, and often darkness to immerse the listener in a sensorial experience that cannot be conveyed solely through written or spoken text.  Swan, a radio opera that begins in the cargo hold of a tall ship transporting Africans to the Americas before morphing into an Afrofuturistic examination of freedom, will be presented as a springboard for conversation about sound’s affordances as a monument of the past and present.

Jacek Smolicki
With an increased sonic attention and sensibility,  soundscapes that surround us can be approached as specific kinds of living monuments. Through that kind of listening, that which we hear at a given moment becomes simultaneously an aural manifestation of the present and an echo of the past. Just like images, sounds do not emerge and disappear in a vacuum. Seemingly ephemeral, fleeting, and immediate noises of today might have their sonorous roots anchored deeply in history. They replace, reconfigure, or build on that which for some reason has been relegated to the audible past. For example, in sites affected by difficult historical events, the present soundscapes seem to camouflage those of the past; they may seem less representative of that which is present than misrepresentative of that which is absent. Such contested sites reject the aural conditions of today and instead remain stubbornly suspended somewhere between the past and present.

Artistic techniques, such as critical and reflective listening, field recording, and soundwalking may help throw into relief various aural dimensions of a site in which power relations of today and the past continuously resonate. These modes of sonic alertness and sensibility can constitute temporary zones for rethinking our perception of soundscapes and reflecting on that which no longer resounds.

Recent commissions include Lot’s Wife, for ensemble and electronics, by Banff Centre for Arts and Creativity; Remembering 1619 for violin and tape; Atlantic Crossing read by the Naples Philharmonic with support from the American Composers Orchestra; and Cannot Be (Unrung) for carillon and electronics co-commissioned by the University of Chicago and University of Michigan for Tiffany Ng.

Yvette is an assistant professor in Creative Practice and Critical Inquiry in the Department of Music and teaches for the Theater, Dance, Media program at Harvard University. Yvette's chapter "Narrative Soundscape Composition: Approaching Jacqueline George's Same Sun" is in the new book Between the Tracks: Musicians on
selected electronic music edited by Miller Puckette and Kerry L. Hagan for MIT Press.

© Smolicki Jacek Smolicki (b.1982, Kraków) is an interdisciplinary artist, designer, researcher, and soundwalker interested in attending to (as in paying attention) and recording (as in calling to mind and heart) the diversity of human and other-than-human realms and existences.

In his design and art practice, besides working with existing documents, archives and heritage, Smolicki develops new modes of sensing, recording, para-archiving, and mediating memories, stories and signals from various sites, scales, and temporalities. His work is manifested through soundscape compositions, soundwalks, site-responsive performances, experimental archives, audio-visual installations, and diverse forms of writing.

He has exhibited, presented his works, performed, soundwalked, and given workshops internationally (e.g. Kraków, Madrid, Moscow, Helsinki, Stockholm, San Francisco, Budapest, Vienna, Sarajevo, Oxford). In 2017 he completed his PhD from the School of Arts and Communication at Malmö University where he was a member of the Living Archives, a research project funded by the Swedish Research Council.

Between 2020-2023 Smolicki pursues an international postdoc funded by the Swedish Research Council. His research explores the history and prospects of field recording and soundwalking practices from the perspective of post-digital art, environmental humanities, and philosophy of technology. He is also an associate scholar at the Informatics and Media Hub for Digital Existence at Uppsala University. From January 2020 he is a member of BioMe, a research project that investigates ethical implications of AI technologies on everyday life. Smolicki explores sonic capture cultures and the impact of AI technologies on human voice.


“Listening to History" is a series of transatlantic conversations between sound artists, historians and musicologists around the relationship between sound and remembrance. With monuments being called into question around the world, many are asking if there are more flexible and effective alternatives to classical marble and bronze statues. What qualities should we be looking for in the monuments of the future – can sound point us in new directions? What advantages does sound as a medium offer for connecting the past with the present?

Shaping the Past is produced in partnership with the Goethe-Institut, Monument Lab, and the Bundeszentrale für politische Bildung (Federal Agency for Civic Education). The project connects to the activist and artistic work of local, national, and transnational movements as a reflection of memory culture and discusses new perspectives on forms of memory.