Please register In honor of Earth Day, we are hosting a conversation about climate fiction (or "cli-fi"), literature that deals with climate change and global warming. Not necessarily speculative in nature, works may take place in the world as we know it or in the near future. Climate fiction has found its way into syllabi of university courses, and environmental fiction writers have become an important part of the climate action movement.
German author Anja Kampmann, whose cli-fi title High as the Waters Rise (original German title Wie hoch die Wasser steigen) was a finalist for the National Book Award will meet Amy Brady, who writes about arts, culture, and the environment. They will discuss the genre of climate fiction and the role it plays among other environmental publications.
"In her debut novel, German poet Kampmann touchingly and intimately illustrates the fallout of capitalism’s dependence on oil. The true tragedy here is that Waclaw’s story is not unique. His plight is a perfect vehicle for Kampmann’s lyrical descriptions, which reach from dusty Moroccan cities to the brass-colored balustrades in a Budapest hotel . . . This is a haunting exploration of the devastating costs all kinds of gig workers have to bear to feed themselves and the belly of the beast. — Booklist 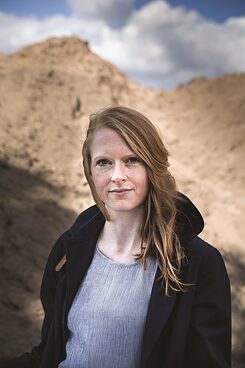 Anja Kampmann©Juliane Henrich German poet Anja Kampmann was born in Hamburg. She studied at the German Literature Institute in Leipzig, where she lives today. She first made a name for herself with poetry collections. High as the Waters Rise is her first novel, for which she received the Mara Cassens Prize for best German debut novel and the Lessing Promotion Prize. She was also awarded the Bergen-Enkheim Prize and was nominated for the Leipzig Book Fair Prize and the German Book Prize. 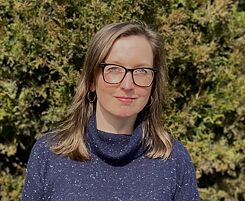 Amy Brady©privat Amy Brady is the Executive Director of Orion magazine; author of Ice: An American Obsession, forthcoming from Putnam; and co-editor of House on Fire: Dispatches from a Climate-Changed World, forthcoming from Catapult. Her writing on art, culture, and climate change has appeared in O, the Oprah magazine, The New Republic, The Village Voice, Slate, The Houston Chronicle, and other places. She holds a PhD in literature from the University of Massachusetts Amherst and has won awards from the National Science Foundation, the Bread Loaf Environmental Writers Conference, and the Library of Congress.

In cooperation with the Center for German and European Studies, Brandeis University.