The Future of Problem Solving

For the first time, last year’s virtual German American Conference at Harvard featured a film series highlighting the main topics of the conference. Inspired by its success, we decided to bring the film series back to the German American Conference. Each film will be available for a week, brought to you free of charge: All films come with English subtitles. However, views are limited so don’t hesitate to use this opportunity and click on the links that will be provided below.
All films available in US only.
Watch all films here
September 20-26
Ecocide 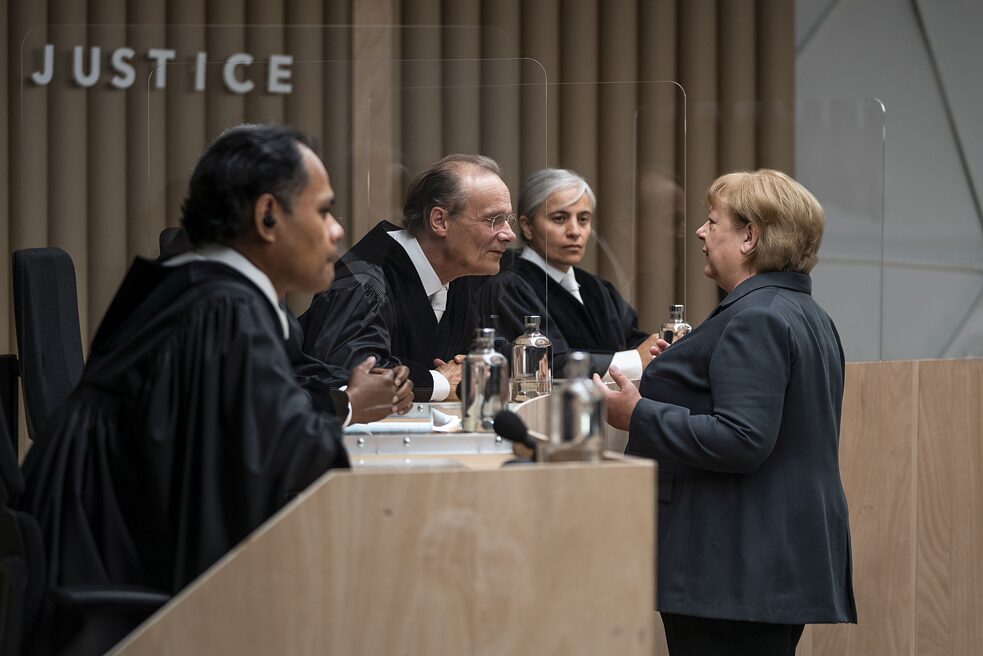 ©rbb Media Climate change inevitably will change our way of living and will force us to find new strategies to solve a problem that is life-threatening to all of us. This requires innovations and effective laws on a national and international level. But what if we don’t use the small time frame that is left? What if climate change relentlessly progresses, including all the dramatic consequences such as floods and droughts (some of them are already seen today). Ökozid depicts the moral and legal implications that a failed climate policy might have. In 2034, 31 countries of the global South demand legal responsibility for the failed protection of the climate and ask for compensation. The court has to rule, whether Germany can be held accountable for its failure. “Ökozid” is a breathtaking mind game that could soon turn into a devastating reality.
Director: Andres Veiel
Germany 2020, 90 min 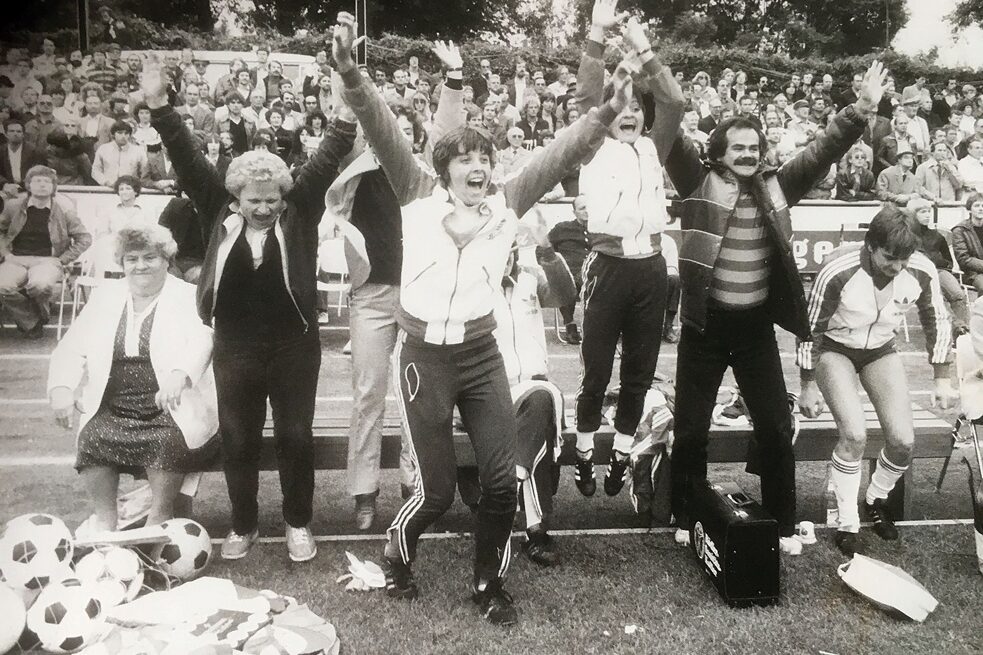 ©Mindjazz Pictures In 1981 Taiwan hosted the second Women’s World Invitation Tournament, the Chunghua Cup. At the time the German Football Association tolerated rather than promoted women’s soccer, which had been banned in the country until 1970. Eleven years later, establishing a women’s national team was still of little interest to the powerful men of German soccer. That’s how the invitation to Taipei ended up with the national champions of SSG 09 Bergisch Gladbach.
In John David Seidler’s enthralling documentary the former players talk about the now absurd conditions under which they fought for their dream of playing soccer. Historical footage documents the match of their lives and the local soccer fields they started on as well as the cringeworthy men’s world they helped dismantle.
Documentary
Director: John David Seidler
Germany, 2019, 85 min. 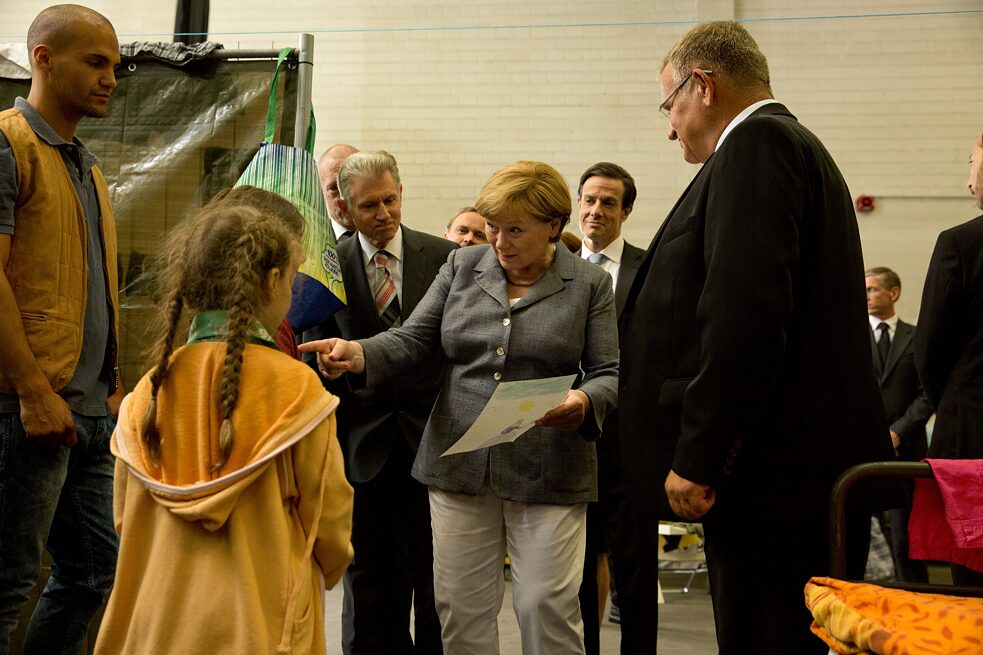 © Bavaria Media GmbH “Merkel” is a riveting political drama about the defining moment of Angela Merkel’s chancellorship: The refugee crisis of 2015, which became Germany’s greatest upheaval since its reunification. 60 days, which led to Angela Merkel’s monumental decision to keep the borders open, a decision that will go down in history as her political legacy.
It is a critical and fast-cut tale of political undoing and misrepresentation interspersed with impactful real footage of the Middle East refugee crisis as it plays out in an idealistic, opportunistic and unprepared Germany. Based on Robin Alexander’s bestseller, “Merkel” delivers not only a hyper-realistic, thrilling insight into modern politics but also an intimate portrait of an exceptional woman in an exceptional situation.
Germany 2019
Director: Stephan Wagner
118min 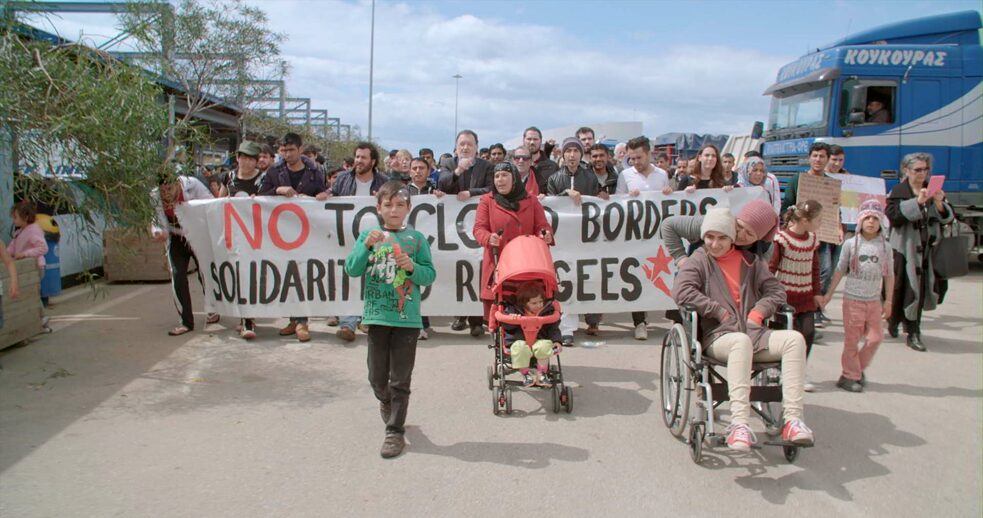 ©Kino Lober Coming at a moment of profound political and social crisis, What Is Democracy? reflects on a word we too often take for granted. Director Astra Taylor’s idiosyncratic, philosophical journey spans millennia and continents: from ancient Athens’ groundbreaking experiment in self-government to capitalism’s roots in medieval Italy; from modern-day Greece grappling with financial collapse and a mounting refugee crisis to the United States reckoning with its racist past and the growing gap between rich and poor.
Featuring a diverse cast—including celebrated theorists, trauma surgeons, activists, factory workers, asylum seekers, and former prime ministers—this urgent film connects the past and the present, the emotional and the intellectual, the personal and the political, in order to provoke and inspire. If we want to live in democracy, we must first ask what the word even means.
Director: Astra Taylor
Canada 2018
107 min., English

How it Works
Visit harvard.goethe-on-demand.de.
Click “EN” in the upper right-hand corner of the homepage for English.
Click “Login.”
To register, click “Not registered yet?” and create an account using your e-mail and a password.
Log in to begin watching.
Click on the title of the film you want to watch.
Click “Watch movie now.”
Check the boxes to agree to the business terms and privacy policy.
Then, click “Rent movie now.” You can adjust the subtitles by clicking on “CC” in the bottom right-hand corner of the video player.
Each film is available for 48 hours, free of charge. You’ll receive a confirmation email.