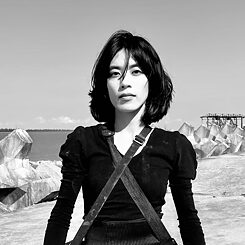 © Liu Wa Liu Wa is a multimedia artist who explores questions of boundaries, power and intersubjectivity through installation, video, painting and assemblage sculpture. Trained in anthropology, she seeks to decentralize human’s dominant role in knowledge production and world-making through a multi-species lens. Her works create multi-sensory experiences that heighten the audience’s sensuous receptivity to the more-than-human world. Liu’s research draws on the subjectivity and plasticity of human perception in neuroscience, and reimagines human agency at a time when emotions and desires could be quantified, predicted and affected through technology. Built upon post-humanism, her interdisciplinary practice interrogates the power dynamics between humanity and technology within a broader web of life. 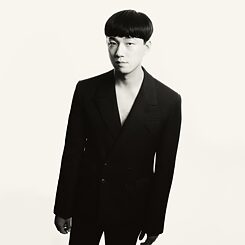 © Yang Bao Yang Bao is a cross-disciplinary artist, composer and pianist based in New York, classically trained in piano performance at The Juilliard School and New England Conservatory of Music with Wha-Kyung Byun and Bruce Brubaker. Bao’s multi-media works create an experiential “synthesis of the arts” that is precise in texture while hypnotizing in motion. Inspired by classical music and post-human minimalism, his sensory-based “physical music” condenses complex emotions into poetic fables. Further enhanced by film and technology, Bao’s visceral and immediate music takes the audience out of their everyday life into a boundless void where anyone can design one’s own reality and live it.

In his live performance SOUNDMASS at TANK Shanghai, Bao created a site-specific and ever-evolving soundscape that transformed the gigantic oil tank into an architectural instrument. He materialized the intangible music into a sonic monument that constantly devours and regenerates itself. In his sound installation Hear A Century Ahead commissioned by LOUIS XIII, Bao’s spatial-audio composition Infinity Music—GODSPEED mutates and refracts in infinity according to the progression of time and chance within the large metal installations. His original soundtrack The Kitty Knight for the major feature film I Am What I Am was globally released and well-received in 2022. His film DUALISM for composer Kaija Saariaho’s Graal Theatre was exclusively featured on Apple Music. Bao’s solo shows and projects include: Hear A Century Ahead (No.1 Waitanyuan, Shanghai, 2021), SOUNDMASS (Tank Shanghai, 2021), Late Night Savage (Cc Foundation, Shanghai, 2021).

Bao has frequently performed at prestigious venues, such as Kimmel Center in Philadelphia, Lincoln Center in New York, Jordan Hall in Boston, and Forbidden City Concert Hall in Beijing. His recent concerts include Chopin Piano Concerto No.1 with China Philharmonic Orchestra in their Spring 2022 Concert Season.

The exhibit Savage Confessions by Liu Wa & Yang Bao creates a multi-sensory and ever-evolving visual-soundscape through video, music and painting, seeking to heighten our sensuous receptivity to the more-than-human world.

The first part of the exhibit features two-channel video Late Night Savage which focuses on the day and night of three plants at nuclear sites in the United States, the former Soviet Union and China during the Cold War. The two artists embarked on an 11,000-mile journey to conduct field research in Washington State, U.S. and Gansu, China, and lived among the plants. As a symbol for the American West, tumbleweeds, propelled by the force of the wind, travel around to spread radioactive seeds at the nuclear reactor in Washington State. Sunflowers are now planted at Chernobyl, as a cheap corrective method to clean up the contamination. Camel grass at the nuclear city in Gansu, China, embodies the patriotic zeitgeist for dedicating one’s life to the motherland. However, both camel grass and tumbleweeds are invasive species from Russia that disregard land borders, freely traversing the landscapes. Genetic mutation caused by ionizing radiation speeds up the plants’ aging process, leading to an increase in its entropy. While living means fighting a losing battle against nature, the short-lived plants still display incredible resilience and savageness.

© Liu Wa & Yang Bao
As a continuation of the video work, an installation of paintings titled Savage Confessions by the two artists captures their impression and imagination of the plants that they encountered on their journey. In the daytime, the plants dedicate themselves to fulfilling the obligations assigned by humans, but in the nighttime, they morph into phantoms and savages, dancing till the end of the world. The intent of these works is not to anthropomorphize the plants, but to “vegetalize” our human perceptions and question the man-made boundaries amongst ourselves.

The silent carnival of these nameless actors has never been alien to us. We are all savages.

As part of the show “SAVAGE CONFESSIONS,” a panel brings together Yang Bao and Liu Wa in conversation with two pioneering artists and scholars, Bruce Brubaker and Gediminas Urbonas. Based on their own cross-disciplinary explorations, the four guest speakers will engage in an open conversation on the codependency between humans and nature at the time of global warming as well as the importance of multidisciplinary perspective in the increasingly complex world.

This exhibit has been made possible by the generous support from The Art, Culture, and Technology program at MIT and the Council for the Arts at MIT