For decades, Peter Ablinger’s work has been forcing open fault lines in the topography of the audible. His vast output of scores, electronic pieces, installations, and conceptual works consistently finds ways—funny, pointed, disturbing—to put the ear’s organization of reality in doubt. Is that a voice, and what is a voice? When is something newly or no longer music? Noise? Information? In Ablinger’s cunning scramble of sonic categories, listening loses its lay of the land. Concepts come unmoored from sounds, and the land changes shape.

The Richard and Mary L. Gray Center for Arts and Inquiry is thrilled to kick off the inaugural week of Gray Sound with Ablinger’s first visit to Chicago. The residency will thread a series of talks, composition seminars, and experimental discussions in between multiple performance events featuring world premieres and internationally renowned ensembles, who will render Ablinger’s work alone and alongside other artists who enjoy his influence. Running throughout the week at the Gray Center Lab will be the world premiere of MUSIC’S OVER, one of the most ambitious of Ablinger’s Quadraturen (“Squarings”) series: a computer-controlled piano performs a clangorous, spectrally derived “phonorealist” transcription of a raucous live Doors performance from 1970. Come by and press the red button on the piano, and prepare to lose and refind your way.

Experience performances by Fonema Consort, Wet Ink Ensemble, and  a•pe•ri•od•ic, featuring two world premieres by Ablinger as well as works by Chiyoko Szlavnics, Fernanda Aoki Navarro, Sam Pluta, and others in a variety of locations. 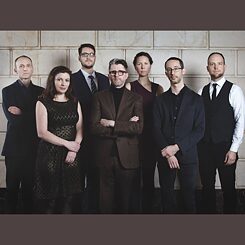 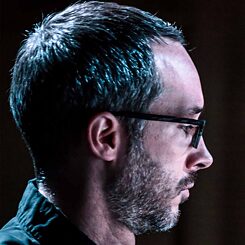 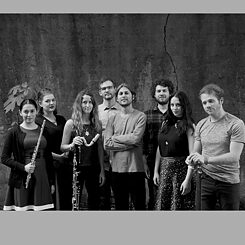 (c) Ralph Loza fonema : (Spanish, phoneme) the smallest unit of speech, which distinguishes words according to their sonic quality.
These concepts define the essence of Fonema Consort as they commission, perform, and record new music that explores the possibilities of the human voice in an avant garde chamber setting. Known for their “enthusiastic embrace of daring new music” (Chicago Reader) Fonema is driven by a fascination with pieces that foster rich interplay of voices and instruments. The ensemble is highly committed to presenting works by Latin American composers to US audiences and encouraging musical exchange between these regions. 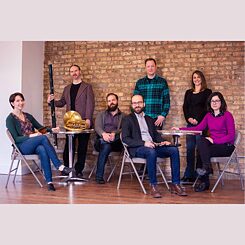 (c) Ryan Bourque Founded in 2010, a•pe•ri•od•ic‘s repertoire explores the indeterminacy of various musical elements including instrumentation, structure, pitch, and/or duration. Drawn to works of sparseness, contemplation, and quietude, this group has a history of interpreting distinctive pieces using a collaborative rehearsal process, deriving meaning and intention from oblique prose scores with great sensitivity. 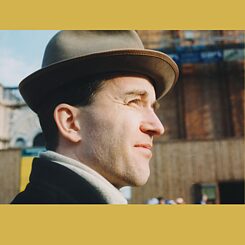 (c) Siegrid Ablinger, 1995
Peter Ablinger was born in Schwanenstadt, Austria in 1959. He began studying graphic arts and was enthused by free jazz, but completed his studies in composition with Gösta Neuwirth and Roman Haubenstock-Ramati in Graz and Vienna. Since 1982 he has lived in Berlin, where he has initiated and conducted numerous festivals and concerts. In 1988 he founded the Ensemble Zwischentöne. He has been guest conductor of 'Klangforum Wien', 'United Berlin' and the 'Insel Musik Ensemble’. Since 1990 Peter Ablinger has worked as a freelance musician. 2012 he became a member of the Academy of Arts Berlin. 2012-2017 he was research professor at the University of Huddersfield.