Concert and Conversation Family/Beuys and Everyone

Gray Center for Arts and Inquiry

As the 100th anniversary of the birth of Joseph Beuys nears its final days, we present an evening devoted to the question of Beuys and the universal—the “everyone” in Beuys’s famous and endlessly debated claim that “everyone is an artist.” The evening begins and ends with the world premiere of a new work, “Family,” for fixed media and speaker by University of Chicago composer/artist Andrew Stock, in between which will unfold a conversation between artist Theaster Gates (professor at the University of Chicago in the Department of Visual Arts and the College), Dieter Roelstraete (curator at the Neubauer Collegium for Culture and Society), and Mechtild Widrich (Associate Professor of Art History, Theory, and Criticism at SAIC), moderated by Gray Center Director Seth Brodsky.

If you can't make it in person you can watch the live stream here: (c) Andrew Stock Andrew Stock is a composer/artist working in concert and installative formats. His work has been presented or underwritten by organizations and groups including the LA Philharmonic/wild Up, ASCAP, and chamber players of the Cleveland Orchestra and St. Louis Symphony, as well as by contemporary music specialist performers and ensembles (Quince, Amalgama and others). Stock's main focus areas span sound, performance, conceptual art, and Black Studies; since 2017 he has increasingly presented work across a variety of media and contexts besides concert music (e.g. text-based;  documentary; curatorial...) and developed a teaching practice (e.g. 2017–19, Webster University). 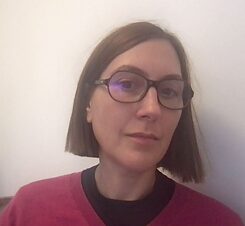 (c) Mechtild Widrich Mechtild Widrich's research focuses on art in public space, from monuments to performance and activism. She recently co-edited a special issue of the journal Future Anterior, entitled: "Ex Situ. On Moving Monuments".
Widrich is Associate Professor in the art history department at the School of the Art Institute of Chicago, and author of Performative Monuments (2014). 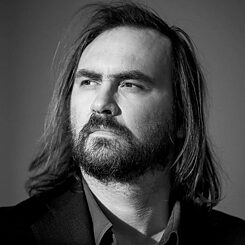 (c) Moritz Kuestner Dieter Roelstraete is Curator at the Neubauer Collegium for Culture and Society at the University of Chicago. Prior to this appointment, he was as a member of the curatorial team for Documenta 14 in Athens and Kassel in 2017.
From 2012 until 2015 he was the Manilow Senior Curator at the Museum of Contemporary Art Chicago, where he organized Goshka Macuga: Exhibit, A (2012); The Way of the Shovel: Art as Archaeology (2013); Simon Starling: Metamorphology (2014); The Freedom Principle: Experiments in Art and Music 1965 to Now(2015, co-curated with Naomi Beckwith); and Kerry James Marshall: Mastry(2016, co-curated with Ian Alteveer and Helen Molesworth). 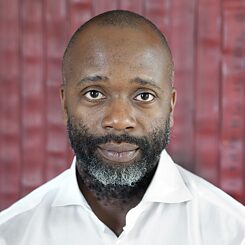 (c) Sara Pooley Theaster Gates creates works that engage with space theory and land development, sculpture and performance. Drawing on his interest and training in urban planning and preservation, Gates redeems spaces that have been left behind. His work contends with the notion of Black space as a formal exercise – one defined by collective desire, artistic agency, and the tactics of a pragmatist.
Gates' international exhibitions include these exhibitions in Germany: Haus der Kunst, Munich (2019), Sprengel Museum Hannover, Germany (2018) and dOCUMENTA (13), Kassel, Germany (2012).
In 2010, Gates created the Rebuild Foundation, a nonprofit platform for art, cultural development, and neighborhood transformation that supports artists and strengthens communities through free arts programming and innovative cultural amenities on Chicago’s South Side. Gates is a professor at the University of Chicago in the Department of Visual Arts and serves as the Senior Advisor for Cultural Innovation and Advisor to the Dean at the Harris School of Public Policy. 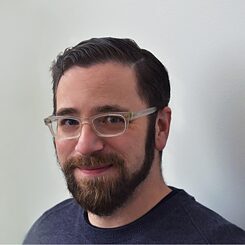 (c) Seth Brodsky Gray Center Director Seth Brodsky is Associate Professor of Music and the Humanities at the University of Chicago. He is the author of "From 1989, or European Music and the Modernist Unconscious" (California, 2017), and has published on such topics as opera, influence, and the music of John Cage and Benjamin Britten. He is currently at work on a book about music, psychoanalysis, and repetition.

This is an in-person event. Masks must be worn by all in attendance. Guests over the age of 12 must provide either proof of vaccination, a negative COVID-19 test within 72 hours of the event, proof of a positive COVID-19 test within 14-90 days of the event with affirmation that you are not experiencing any symptoms, or a valid University of Chicago ID (UCID). Additional information about UChicago Arts COVID-19 safety protocols can be found here: https://arts.uchicago.edu/logan-center/visit/covid-19-updates

Gray Center for Arts and Inquiry