I produced photograms by exposing scale-model architectural forms together with vintage 7" inch audio records (aka 45's). The forms were collected via student projects and the records chosen from specific artists of the late 1950’s and 1960’s. As shadow-record photograms are brief/latent moments where materials interacted, they can also articulate a new typology as created by selected materials. My color and black & white images were the final project to be made in the original darkroom of the New Bauhaus, which was in the basement of Mies Van der Rohe's Crown Hall at the Institute of Design/IIT campus, before the area got remodeled. DF 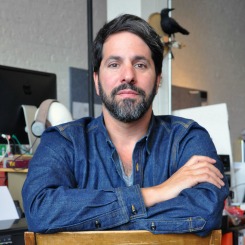