Performance sixty minutes towards being there

A performance with Frank Willens

On Saturday, August 19 at 7pm at Defibrillator Gallery

...or this is probably going to be a downer, or in lieu of addressing insurmountable graver circumstances, or best to keep on believing, or giddy-up cowboy, or too old to be new, or some more rituals from the discarded catalogue…the title can change, but nothing is to be taken for granted…that’s another possibility. Each night Frank will be out there on the stage dancing, performing, negotiating. Each night there will be a different musical guest. The situation will shift. The moment will never repeat.
"I wouldn't call it an improvisation, per se, but there is definitely room for material to evolve, to transform, for an encounter with the moment, with the audience, with the other."

sixty minutes towards being here trailer from frank willens on Vimeo.

Frank Willens (US/DE) is a dancer, choreographer, performer, interpreter, artist, actor, collaborator, tour manager, human, father, singer, beat-boxer, thinker, marathon-runner, train-traveler. He grew up in California and has lived and worked in Berlin since 2003 where he has had the privilege to work with a wide number of persons in a wide range of projects presented in a wide range of venues. His associates include Tino Sehgal, Meg Stuart, Falk Richter, and Peter Stamer, to name a few.
Frank developed a project in collaboration with the Transform Festival in Leeds in 2015 and headed a residency/lab at the Kunstmuseum in Bonn in 2016.
His new solo piece sixty minutes towards being here or what we can do until we do what we can do premiered in Berlin in January 2017 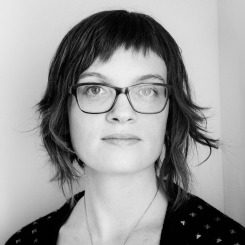 © Jim Newerry As a bassoonist and improviser, Katherine Young amplifies her instrument and employs a flexible electronics set-up. Her debut solo album garnered praise in The Wire (“Bassoon colossus”) and Downbeat (“seriously bold leaps for the bassoon”). Collaboration is central to her practice, and she performs regularly with her long-standing ensembles Pretty Monsters, Architeuthis Walks on Land, and Till by Turning.

© Council of Europe
Presented with support from the Getting To Know Europe program, awarded by the Delegation of the European Union to the United States