Our final event of SSSS! is a concert with works by Lee Blalock, Jen Hill, and Jenna Lyle. 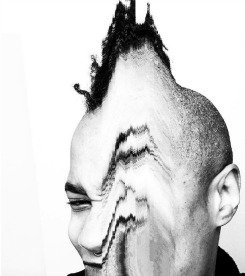 Lee Blalock is an artist who considers what it may mean to live in a computational body, in multiple futures, in an invisible place. Rules and systems are inherent to her process, while her imagination leans toward the N3w Hum4n. Lee uses her work to create new origin stories, visual or written, which are influenced by a lifelong interest in speculative fiction and science fiction. Many ideas behind Lee's work attempts to describe the posthuman, replacing the failed language around identity with the self-constructed, expanded, and ‘amplified’ self. This new body (or “NeueBody” or “n3w_b0d1es”) often takes the form of abstraction or algorithmic composition. In all cases, Lee’s work represents the physical, computational, or behavioral body and uses repetition as a strategy to move past the automatic and into something transformative. Lee writes and performs under versions of the alphanumeric moniker, L[3]^2.

L[3]^2’s most recent live work embraces noise and fissure as a natural state of being for bodies living in the information age. Systems (or “Sy5z3ns”) imposed on performers create conditions for meditation in the form of generative behavior in an experimental band setting. 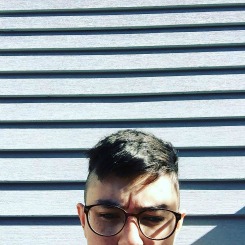 The opposite of tense (2015) is a performance for solo acoustic guitar modeled after Peter Ablinger's exercitium (1-6) by means of negation. 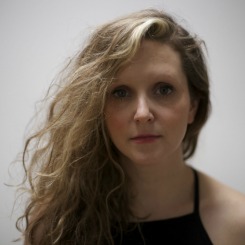 Composer, performer, installation-builder, and administrator, Chicago-based artist Jenna Lyle explores how the physical body, and in turn the culture in which it functions, adapts to its semiotic or "data-based" representation. Magnifying the relationship between sonic output and physical process and separating it from the second nature, she often places performers in physical arrangements that force a heightened awareness of body while they execute a set of instructions for sound production. 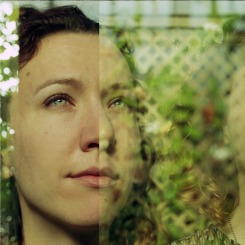 Deidre Huckabay is a Chicago-based performer, writer, photographer, and event producer. She is a flutist with degrees from the Eastman School of Music and Duquesne University. Her work reflects a solitary, interior world, drawing on a musical life that requires long hours alone and listening. As a flutist, she has extensively toured the U.S., Europe, and Latin America. Deidre performs with the Eastman BroadBand and Manual Cinema, and has recorded for Urtext and Bridge Records. She is co-owner of the experimental cassette tape label Parlour Tapes+ and a regular contributor to Cacophony Magazine.