Reading with Authors from Germany, Switzerland, and Austria

Each year Literaturlenz brings together the Goethe-Institut Chicago, the Swiss and the Austrian cultural institutions for an evening of readings in German. Each author represents a unique voice in contemporary German-language literature. In 2018, we welcome Fatma Aydemir from Germany, Ursula Fricker from Switzerland, and Robert Prosser from Austria.

ELLBOGEN
Hazal is almost eighteen and lives with her parents and her younger brother in Wedding in Berlin. While she works at her uncle’s bakery, she applies – unsuccessfully - for more than 50 training positions. Her aunt Semra is the only family member who attended university. Hazal’s father drives a taxi and is still a foreigner after having lived many years in Berlin. The marriage of her parents is without love, they keep their daughter on a short leash while her brother enjoys much more freedom. It comes as no surprise that Hazal is seething. 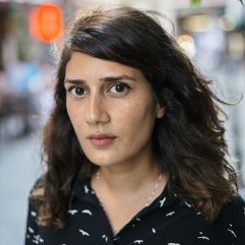 © Bradley Secker Fatma Aydemir, born in Karlsruhe in 1986, studied German and American Studies in Frankfurt am Main from 2007 to 2012. She lives in Berlin and works as an editor for the German daily newspaper taz. She also writes for several magazines as freelancer. In 2017, Hanser published her debut novel Ellbogen, which has been honored with the Klaus-Michael-Kühne-Preis of the Harbour Front Literaturfestival.

PAST AND PRESENT LIES
Beba‘s dream is to become a pianist but she makes her living as a prostitute. She fled her home after the war to flee from poverty. She is saving her money to buy a piano and starts to perform at a Jazz club. Isa, who is a student, has a dream too. She wants to change the world and joins a group of leftist activists. As she is more and more radicalized, she and her comrades support the refugee movement. Senator Otten’s utopia has given way to the realities of political life. Under pressure he gives orders to do away with a refugee camp and fails to anticipate how costly this decision will be. 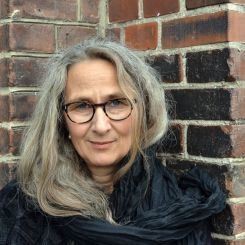 © Susanne Schleyer Ursula Fricker,  born in Schaffhausen/Switzerland in 1965, lives near Berlin. She holds a degree in Social Work and has worked in a home for mentally handicapped and as a theatre educator. In addition to journalistic articles she has published four novels. Her debut novel, Fliehende Wasser, was published in 2004 and was honored with two renowned Swiss awards. It was followed by Das letzte Bild (2009) and Außer sich (2012), which was nominated for the book award of Switzerland in the same year, as well as Lügen von gestern und heute (Past and Present Lies) which was honored with the Brandenburgischen Kunstförderpreis 2017

PHANTOME
In 1992, Anisa flees from Sarajewo to Vienna. During the beginning of the ethnic cleansing, she leaves her father behind – she will never see him again. She could not bid farewell to her boyfriend Jovan, a Bosnian Serb, who has been drafted. Decades later, her daughter Sara travels to Bosnia-Herzegovina following the traces of her mother. Together with her tagger-friend she submerges herself into a region filled with contradictions where each day is celebrated like the previous one – where the impacts of the war are noticeable everywhere. 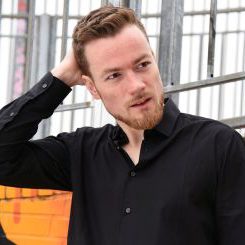 © Melanie Hauke Robert Prosser, born in 1983, lives in his hometown Alpbach in Tyrol and in Vienna. He studied comparative literature, cultural and social anthropology and spent a lot of time in Asia, the Arab world and England. Prosser performs all over Europe. He is co-founder of Babelsprech for advancement of young poetry and curates the reading series Kombo Kosmopolit. He published among others the novel Geister und Tattoos (Klever, 2013) and is co-publisher of Lyrik von Jetzt 3 (Wallstein, 2015). His novel Phantome was published by Ullstein fünf in August 2017. He has received several German and Austrian awards and scholarships.