The Identity Paradox: How Our Multiple Identities Both Divide and Unite Us

In this exploration of universal identity issues—which are at the core of innumerable conflicts around the world— Prof. Judith Levi presents insights about identity she has derived from 20 years of working in German-Jewish dialogue and reconciliation. These insights address the complexity of our identities, how they influence our "reconciliation readiness," and how we can use our identities to unite instead of divide us—by refocusing on our common humanity. Katya Lipovetsky, Israeli Director of Cultural Affairs, will present how Israelis’ complex identities are embodied in Israeli society today—how they collide at times, and come together at other times, with the other complex identities around them. A Q&A session follows. 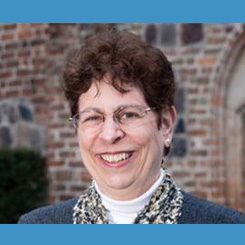 © Kathrin Harms The US-born daughter of German Jews, Judith Levi has been engaged for the last 20 years in German-Jewish dialogue and reconciliation. In 2015, she was awarded the Cross of the Order of Merit (Verdienstkreuz) of the Federal Republic of Germany for her "exceptional achievements in promoting reconciliation between the German and the Jewish peoples." In 2016 her book on her long journey to German-Jewish reconcilation was published in Germany. She is a retired linguistics professor from Northwestern University, whose research specialty was language and law. 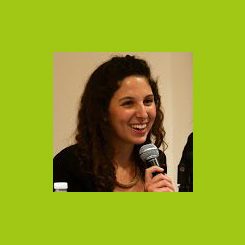 © Matt Gianitsos Katya Lipovetsky was born in Israel to parents who migrated from the Soviet Union. Katya spent her school years moving from one city to another, changing her environment and adapting to new surroundings—from a marginalized ultra-Orthodox community to an ultra-liberal one in the center of Tel-Aviv. She always tried to understand the various ways in which diverse groups communicate. As part of her anthropology studies, she researched young German volunteers in East and West Jerusalem. She also participated in multiple reconciliation programs designed to bridge internal and external divisions in Israeli society. Currently, Katya works as the Director of Cultural Affairs in the Israeli Consulate to the Midwest.