Reading with Authors from Germany, Switzerland, and Austria

Each year Literaturlenz brings together the Goethe-Institut Chicago, the Swiss and the Austrian cultural institutions for an evening of readings in German. Each author represents a unique voice in contemporary German-language literature. In 2019, we welcome Pierre Jarawan from Germany, Gianna Molinari from Switzerland, and Laura Freudenthaler from Austria.

THE STORYTELLER
Samir's parents fled Lebanon to Germany shortly before his birth. When his beloved father disappears without a trace, Samir is eight. Now, twenty years later, he sets off for the land of the cedars to solve the mystery of this disappearance. A family story, touching, surprising and masterfully interwoven with the fate of the Middle East. 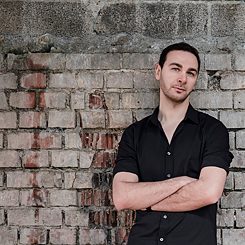 © Marvin Ruppert Pierre Jarawan is an author, slam poet, stage writer, organizer and presenter from Munich. He was born in 1985 as the son of a Lebanese father and a German mother in Amman, Jordan, after his parents had left Lebanon because of the civil war. Since 2009 he has been one of the most successful stage poets in the German-speaking world. His debut novel Am Ende bleiben die Zedern was published in 2016 by Berlin Verlag. The book was on the SPIEGEL bestseller list. Pierre Jarawan lives in Munich. He is currently working on his second novel.

ANYTHING COULD HAPPEN HERE
A young woman is employed as a night watchwoman in a packaging factory. The days of the packaging factory are numbered, most of the employees have already left. When a wolf is suspected on the premises, cracks appear in the uniformity. Does it really exist? How dangerous is it? The night watchwoman is to dig a pit during her shifts. But the more exactly she follows the wolf's trail, the deeper she digs and the more layers she removes, the more questions arise. What about the man who fell out of an airplane near the factory? And what about the bank robber, whose phantom picture looks so deceptively like the night watchwoman's face? 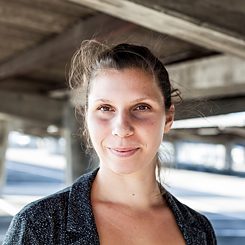 © Christoph Oeschger From 2009 to 2012, Gianna Molinari studied literary writing at the Swiss Literature Institute in Biel and subsequently Modern German Literature at the University of Lausanne. She currently lives in Zurich, where she co-founded the art action group Literature for What Happens. For this project she received a recognition award from the city of Zurich in 2016.
In 2017 she read Loses Mappe at the Ingeborg Bachmann Competition and received the 3sat Prize.
In 2018, with her novel debut Hier ist noch alles möglich she was nominated for the longlist of the German Book Prize and for the Swiss Book Prize and received the Robert Walser Prize.

GHOSTSTORY
The ghost stories of our time revolve around the alienation and invisibility of people in their environment, their everyday life. This is exactly what Laura Freudenthaler's new novel is all about. She approaches Anne and Thomas quietly. After twenty years in their shared apartment, Anne suspects that Thomas is having an affair. He becomes increasingly absent, while the "girl", as Anne calls the unknown, appears in the apartment as a scurrying, whispering ghost. What has become too familiar begins to change, and we follow Anne oppressively close to a state of disturbance. 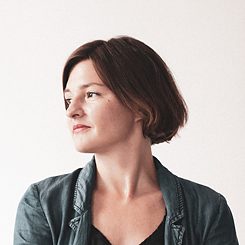 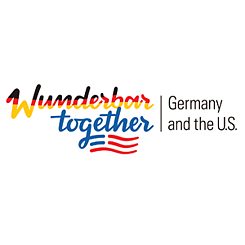