With Tomeka Reid and Biliana Voutchkova 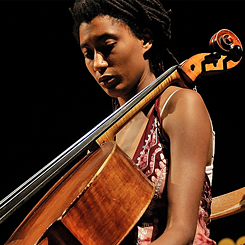 (c) Tomeka Reid Tomeka Reid grew up outside of Washington D.C., but her musical career began after moving to Chicago in 2000. Her work with Nicole Mitchell and various Association for the Advancement of Creative Musicians-related groups proved influential. By focusing on developing her craft in countless improvisational contexts, Reid has achieved a stunning musical fluency. She is a Foundation of the Arts (2019) and 3Arts Awardee (2016), and received her doctorate in music from the University of Illinois, Urbana-Champaign in 2017.
Reid has been a key member of ensembles led by legendary reedists like Anthony Braxton (ZIM SEXTET) and Roscoe Mitchell (ROSCOE MITCHELL QUARTET, ART ENSEMBLE OF CHICAGO), as well as a younger generation of visionaries including flutist Nicole Mitchell (BLACK EARTH ENSEMBLE, ARTIFACTS), et al. She co-leads the adventurous string trio HEAR IN NOW, with violinist Mazz Swift and bassist Silvia Bolognesi, and in 2013 launched the first Chicago Jazz String Summit, a semi-annual three-day international festival of cutting edge string players held in Chicago. In the Fall of 2019 Tomeka Reid received a teaching appointment at Mills College as the Darius Milhaud chair in composition.

(c) Cristina Marx/Photomusix Biliana Voutchkova is a composer-performer whose work combines regular performances of major solo violin/ensemble works, new works by contemporary composers often written for her and improvisation. Her research as a creative improviser spans the widest possible range of sound/music/movement and extends the sonic and technical capacities of her instrument evolving into the development of a highly individual musical language. Biliana lives in Berlin and regularly appears at festivals and concert series worldwide. She works as a soloist and collaborates with the Splitter Orchestra, Solistenensemble Kaleidoskop, Ensemble Modern, Ensembles United, Zeitkratzer, Mosaik, LUX:NM, and many other individual artists. 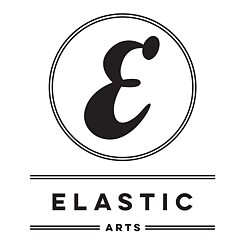