The Goethe Pop Up is welcoming summer and the return of in-person programming with two evenings celebrating sound, vision, and being together. On August 13 and 14, silent film scorers extraordinaire Miles & Karina will join us in the Chophouse Row courtyard to provide live musical accompaniment to a selection of fairy tale films by Lotte Reiniger, the pioneer of silhouette animation.

As to the program: On the menu are six animated short films by scissor-silhouette artist Reiniger, all created with paper cutouts and stop-motion. The program will include classic tales Sleeping Beauty, The Grasshopper and the Ant, and Doctor Dolittle, and two 5-minute commercials, all with original scores composed by Miles & Karina and performed on banjo and accordion. Making its premiere will be a new original score, to Reiniger's Jack and the Beanstalk, commissioned by Goethe Pop Up Seattle for this event. All films were made between 1926 to 1955. 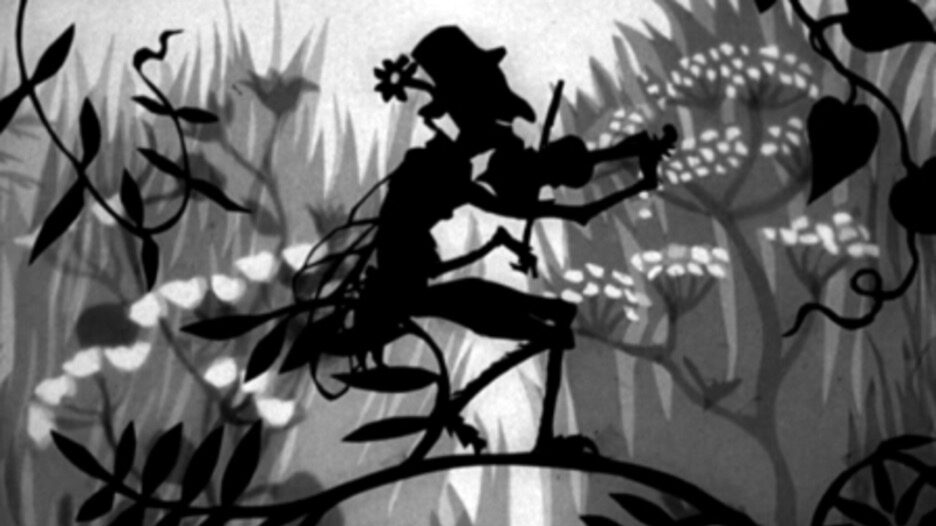 © BFI
No tickets are required, but seats are limited and available on a first-come, first-served basis. Feel free to come by early to grab a drink from our neighbors at Light Sleeper or Good Weather to enjoy in the courtyard. This event is produced in partnership with Chophouse Row and Northwest Film Forum.