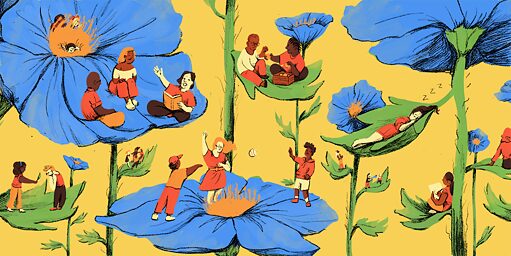 To be able to draw something as we see it requires a total deconstruction of the "idea" of what we are seeing; rather than drawing your idea of an object, you have to learn how to draw the object as it exists in front of you. Through still life drawing, you not only learn and improve drawing skills, but engage with the world as it is, rather than how we think it exists.

Illustrator Colleen Tighe has based this workshop on her own practice of figure drawing and still life drawing, which she uses as a way to enter into a fully present mind state. This practice draws from Shunryu Suzuki's Zen Mind, Beginner Mind, which states “The true purpose [of Zen] is to see things as they are, to observe things as they are, and to let everything go as it goes... Zen practice is to open up our small mind.” This is a meditative process that's useful for people who have trouble with traditional forms of meditation and stillness.

Participants will learn to draw negative space (the space around an object), how to focus on the object instead of your paper, and drawing the object itself, all while learning to observe things as they are and remaining present and grounded in the moment of drawing and observing.

This workshop will take place over Zoom. Registration is required and the group will be capped at 20 attendees - please use this link to register.


Colleen Tighe is a New York based illustrator whose work has been described as "brutal, yet sensitive." Originally from New Jersey, she recieved her BFA in Illustration from the School of Visual Arts (SVA) in 2014. Her illustrations have appeared in The New York Times, The New Yorker, The Freelancer's Union, Little Bee Books, The Marshall Project, and many others. She also runs Sluggish Wife, a store for people who love magic and weight lifting.