The art world is one of the most secretive of global businesses, and the list of its crimes runs long and deep. Today, with prices in the hundreds of millions for individual artworks, and billionaires' collections among the most conspicuous and liquid of their assets, crime is more rampant than ever in this largely unregulated universe.

The extent of the economic and cultural damage that results from criminality in the global art scene rarely comes to light. The stories of high-stakes, brazen art crimes told by art experts Stefan Koldehoff and Tobias Timm are by turns thrilling, disturbing, and unbelievable (the imagination for using art to commit crimes seems boundless).

Jason Farago is an art critic for The New York Times. He reviews exhibitions in New York and abroad, with a focus on global approaches to art history. Previously he edited Even, an art magazine he co-founded. In 2017 he was awarded the inaugural Rabkin Prize for art criticism.

Stefan Koldehoff, born in 1967, is culture editor at Deutschlandfunk in Cologne, and writes for Die Zeit and art - Das Kunstmagazin among other publications. In 2008 he received the Puk journalist prize for his investigative research. In 2012, he and Tobias Timm published Falsche Bilder, Echtes Geld ("False Pictures, Real Money") on the Beltracchi case. The book was awarded the Prix Annette Giacometti and the Otto Brenner Prize. Galiani also published his books Die Bilder sind unter uns. Das Geschäft mit der NS-Raubkunst und der Fall Gurlitt ("The Pictures Are Among Us: The Nazi-Looted Art Business and the Gurlitt Case") in 2014 and Ich und van Gogh. Bilder, Sammler und ihre abenteuerlichen Geschichten ("Me and Van Gogh: Pictures, Collectors and Their Adventurous Stories") in 2015.

Hito Steyerl is a filmmaker, visual artist, writer, and innovator of the essay documentary. She is Professor for Experimental Film and Video at the UdK – University of the Arts, Berlin, where she founded the Research Center for Proxy Politics together with Vera Tollmann and Boaz Levin.

Tobias Timm, born in 1975 in Munich, studied urban ethnology, history, and cultural studies in Berlin and New York. He has written for Die Zeit's feature pages from Berlin on architecture, art, and crime. In 2012, he and Stefan Koldehoff published Falsche Bilder, Echtes Geld ("False Pictures, Real Money") on the Beltracchi case. The book was awarded the Prix Annette Giacometti and the Otto Brenner Prize. Timm and Koldehoff were recently counted among the 100 most influential people in the art business by the national German magazine monopol. 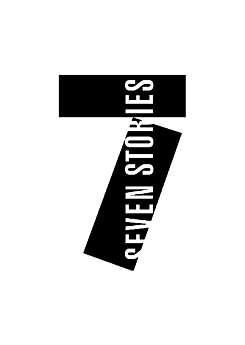