For threatened artists, a safe haven residency can be life-changing. As artists around the world face increasing persecution, censorship, forced displacement, or worse, leaders in the fields of art, residencies, law, human rights, real estate, and academia are in a unique position to leverage their resources and expertise to create safe haven residency spaces for artists at risk.

The publication of a safety hosting guide marks the residency’s graduation from prototype to program. In the guide, coalition leaders offer reflections on the history, ethics, and practice of artist safety hosting in New York City and other places. The guide’s celebratory launch event at the Goethe-Institut is centered around an impactful conversation between Todd Lanier Lester and Tania Bruguera, as well as a timely panel discussion moderated by Prerana Reddy and featuring Laura Raicovich, Francis Greenburger, and others. The discussion aims to address the evolution of "safe havens" and residency programs for threatened international artists, the role of cultural institutions and philanthropy in amplifying the case for protecting these artists, the importance of safeguarding freedom of expression, and honors key individuals who, through their work, have nurtured and supported this growing field at a political moment when it is more critical than ever. Copies of the guide will be available at the event.

The Goethe-Institut has been a long-time supporter of the New York City Artist Safe Haven Residency Program. Together with ifa (Institut für Auslandsbeziehungen), we recently launched the Martin Roth Initiative to protect artists who are committed in their home countries to the freedom of art, democracy, and human rights by enabling temporary residence in Germany or third countries for the purpose of protecting those who are being persecuted.

ArtistSafety.net
ArtistSafety.net is a hybrid consultancy and volunteer network that provides case management for artists and culture workers at risk due to their work, as well as information services to projects and organisations in the arts, free expression, journalism, and human rights fields.

Artistic Freedom Initiative
Led by immigration and human rights attorneys, Artistic Freedom Initiative (AFI) facilitates pro bono immigration representation and provides resettlement assistance for international artists at risk. AFI is dedicated to safeguarding and promoting artistic expression, a fundamental human right essential to cultural development and the functioning of a free and open society. AFI is committed to advancing creative cultural exchange, championing art produced in exile, improving conditions for artists in their home countries, and protecting their ability to express themselves creatively through the arts.

Residency Unlimited
Residency Unlimited (RU) is a non-profit art organization based in New York City that supports the creation, presentation, and dissemination of contemporary art through its unique residency program and year-round public programs. Our customized residencies for both international and local artists and curators provides each resident with tailored network support, project/production assistance, and public exposure.

Westbeth
Westbeth provides affordable live-work space for nearly 400 artists and their families. Located at the historic site of the former Bell Laboratories campus in the West Village, Westbeth comprises an entire New York City block facing the Hudson River and is home to the Martha Graham Center of Contemporary Dance, The New School for Drama graduate program, the School for Poetic Computation and other arts nonprofits.

Fordham University
Fordham University, the Jesuit University of New York, is committed to the discovery of Wisdom and the transmission of Learning, through research and through undergraduate, graduate and professional education of the highest quality. Guided by its Catholic and Jesuit traditions, Fordham fosters the intellectual, moral and religious development of its students and prepares them for leadership in a global society.

Rashwan Abdelbaki is a Syrian visual artist based in New York, and is currently an artist in residence with the New York City Artist Safe Haven Residency Program. His work explores questions of racism, religion, and politics. Abdelbaki has been featured in solo shows at Metropolitan College of New York, George Mason University, and Syra Arts Gallery. Additionally, his work has been featured in group shows at the Queens Museum, the Museum of Korean American Heritage, Equity Gallery, Elizabeth Foundation for The Arts, ArtExpo New York 2018, Noyes Museum of Art, Montoro12 Contemporary Art Gallery, Cape Town Art Fair 2019, and other shows in Vermont, London, South Korea, Damascus, and Beirut. He is a former Artist Protection Fund fellow.

Tania Bruguera was born in 1968 in Havana, Cuba. Bruguera, a politically motivated performance artist, explores the relationship between art, activism, and social change in works that examine the social effects of political and economic power. By creating proposals and aesthetic models for others to use and adapt, she defines herself as an initiator rather than an author, and often collaborates with multiple institutions as well as many individuals so that the full realization of her artwork occurs when others adopt and perpetuate it.

Francis Greenburger is an American real estate developer, literary agent, author, philanthropist, activist and founder of Time Equities Inc., Art Omi, Inc., and the Greenburger Center for Social & Criminal Justice. Greenburger is the Founder, Chairman and Chief Executive Officer of Time Equities Inc. Founded in 1966, Time Equities Inc. (TEI) has been in the real estate investment, development and asset and property management business for more than 50 years. He is also the Chairman of Sanford J. Greenburger Associates (SJGA), a literary agency founded by his father in 1932. He is the Founder and Chairman of Art Omi, a sculpture and architecture park and arts center founded in 1992, which also provides residencies for visual artists, writers, dancers, musicians, and architects from all over the world. Most recently, Greenburger founded the Greenburger Center for Social and Criminal Justice in 2014, which advocates for reforms to the criminal justice and mental health systems. He also serves on the board of several not for profit organizations and is an active donor to over 300 charitable organizations.

Todd Lanier Lester is an artist, writer and cultural producer. He lives in São Paulo, where he works with Associação Espaço Cultural Lanchonete—a project focused on the right to the city—with a group of fellow city dwellers. Todd founded freeDimensional, a network that helps artists in danger by providing safe haven in participating artist residencies. He is a Senior Fellow at the World Policy Institute and a Research Associate with both Laboratório para Outros Urbanismos at the University of São Paulo and Culturizing Sustainable Cities at the University of Coimbra. Todd serves as advisor to arts, rights, and literary organizations in India, Mexico, Brazil, Germany, and the US. He co-ordinates ArtistSafety.net, a hybrid consultancy and volunteer network that provides case management for artists and culture workers at risk, as well as information services to projects and organizations in the arts, free expression, journalism, and human rights sectors. freeDimensional (2003-12) and Lanchonete.org (2013-17) began a series of durational, rights-focused, multi-stakeholder art works for which Luv ’til it Hurts (2018-20), a project on HIV and related stigmas, is the last.

Laura Raicovich is a New York-based writer and curator. Most recently, she co-curated Mel Chin: All Over the Place, a multi-borough survey of the artist’s work, and served as the director of the Queens Museum. She also launched Creative Time’s Global Initiatives, was Dia Art Foundation’s Deputy Director, and has held posts at the Guggenheim and Public Art Fund. She is currently the Emily H. Tremaine Journalism Fellow for Curators at Hyperallergic, is working on a forthcoming book on museums and neutrality, and is co-curating a public seminar series titled Freedom of Speech: A Curriculum for Studies into Darkness at the New School’s Vera List Center for Arts and Politics.

Prerana Reddy is Director of Programs at A Blade of Grass, a nonprofit that supports the field of socially engaged art through financial support for artists, public programming, and content creation. Previously she was the Director of Public Programs & Community Engagement for the Queens Museum in New York City from 2005-2018 where she organized both exhibition-related and community-based programs and public art commissions. In addition she oversaw cultural organizing initiative for Corona, Queens residents that resulted in the creation and ongoing programming of a public plaza and a popular education center for new immigrants.

Ashley Tucker serves as AFI’s Director of Programs, leading planning and implementation of its programs and legal services for at-risk artists. Having lived, worked and volunteered abroad for many years, she has dedicated her career to international human rights and social justice. Tucker has worked for the United Nations Human Rights Committee in Geneva, the Robert F. Kennedy Center for Justice and Human Rights, the Centre for Civil and Political Rights, and PEN America’s Artists at Risk Connection. She has conducted research and human rights trainings in Haiti, worked on strategic litigation before the Inter-American Commission on Human Rights, and worked as a volunteer in El Salvador and Nicaragua. Tucker received her BA from University of Arizona in Studio Art, and her JD from City University of New York (CUNY) School of Law. She is admitted to practice law in New York. 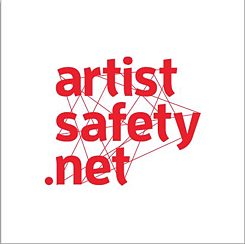 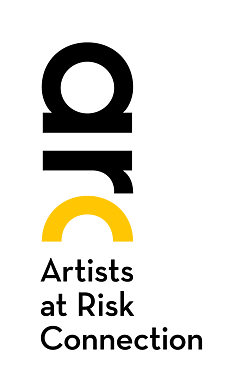