Exhibition I WAS A FORMALIST PENSIONER. AN ANTIOPERA

I WAS A FORMALIST PENSIONER. AN ANTIOPERA

Based on the libretto antioper (1970) by KURT W. STREUBEL

A true story. Formalist! Forbidden! GDR in the 1950s! East German painter and printmaker Kurt W. Streubel (1921-2002) was one of the last members of the Bauhaus. His formalist-abstract images put him in conflict with the cultural politics of his time, which heralded socialist realism as an artistic, civic, and national duty. His formalist art gets labeled cosmopolitan, against the German cultural heritage, and in violation of the national consciousness. Because of a work ban, Streubel demands that the state provide him a formalist pension, a tongue-in-cheek term he coined. The state surprisingly gives in and pays him 200 marks a month for two years. He was only 31. 1970: Kurt W. Streubel plans an opera. antioper. A libretto. Streubel's libretto is a graphic work that turns rhythmically arranged texts into ciphers. His texts, some of which are presented as a kind of concrete poetry, are politically encoded, ambiguously charged sentiments that put pressure on the constriction of thought by absolutist ideologies. „Look here, I am Lenin.“ (Kurt W. Streubel)

"I met Kurt W. Streubel in 1981. I was only 16 at the time, and a close and long friendship developed between us. He asked me to become his assistant. I decided to become an actress. Decades later, I took his libretto of the antiopera as the starting point for a reflection on formalism, politics, and friendship." (Susanne Sachsse) 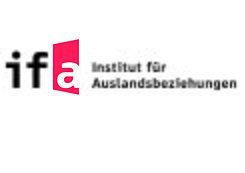