At Géza, Amant's space for discursive events and performances

In the framework of her exhibition Heroines, Birds and Monsters at the Amant Foundation, Berlin-based artist Grada Kilomba will join Simone Leigh for a conversation at Géza, Amant's space for discursive events and performances. Both artists draw on common reference points within their practices through different methodologies, shaped by the study of African traditions, black female subjectivity, the vernacular, storytelling, and post-colonial ideas.
The discussion will center on Kilomba's exhibition at Amant, Heroines, Birds, and Monsters, focusing on the importance of establishing historical awareness through new interpretations of subjects, objects, and narratives.

A small reception will follow the presentation at 306 Maujer, celebrating the artists and the official opening of the entire Amant campus.
Register here
Grada Kilomba was born in 1968 in Lisbon and lives and works in Berlin.
Kilomba’s work draws on memory, trauma, and post-colonialism. Best known for her subversive writing and poetic imagery, Kilomba gives voice, body, and image to her own writings—what she describes as performing knowledge.
Her work has been exhibited at biennials such as the 32nd São Paulo Biennial; Documenta 14, Kassel; the 10th Berlin Biennale; and the 13th Lubumbashi Biennale. She has had recent solo exhibitions at the Museo Universitario de Arte Contemporánea (MUAC), Mexico City (2021); Bildmuseet, Umeå (2019); Pinacoteca de São Paulo (2019); The Power Plant, Toronto (2018); and the Museum of Art, Architecture and Technology (MAAT), Lisbon (2017). Her work has been included in group exhibitions at ARoS, Aarhus (2021); Museum Calouste Gulbenkian, Lisbon (2021); Palais de Tokyo, Paris (2021); Kunsthal Charlottenborg, Copenhagen (2020); La Base Sousmarine, Bordeaux (2021); Tokyo Photographic Art Museum, Tokyo (2020); Kadist Art Foundation, Paris (2019); and Padiglione d’Arte Contemporanea (PAC), Milan (2019), among others. Her work was awarded the Jury’s Honourable Mention at LOOP Barcelona in 2020 and she was the recipient of a grant from the International Film Festival Rotterdam (IFFR) in 2018. Kilomba’s work features in public and private collections worldwide, including the Calouste Gulbenkian Museum in Lisbon and the Tate Modern Collection in London.

Simone Leigh was born in 1967 in Chicago, IL, and lives in Brooklyn, NY.  Leigh’s practice incorporates sculpture, video, and installation; all are informed by her ongoing exploration of black female-identified subjectivity. Leigh works in a mode she describes as autoethnographic. Her objects often employ materials and forms traditionally associated with African art; her performance-influenced installations create spaces where historical precedent and self-determination comingle. Through her investigations of visual overlaps between cultures, time periods, and geographies, she confronts and examines ideas of the female body, race, beauty, and community.

She is a recipient of the Foundation for Contemporary Art Grant (2018), Joyce Alexander Wein Artist Prize (2017), John Simon Guggenheim Fellowship (2016), and Anonymous Was a Woman Award (2016). Recent projects and exhibitions include Simone Leigh (2020) at David Kordansky Gallery, Los Angeles; Whitney Biennial (2019) at the Whitney Museum of American Art, New York; Trigger: Gender as a Tool and as a Weapon (2017) at the New Museum of Contemporary Art, New York; Psychic Friends Network (2016) at Tate Exchange, Tate Modern, London; The Waiting Room (2016) at the New Museum of Contemporary Art, New York; The Free People’s Medical Clinic (2014) a project commissioned by Creative Time; inHarlem, a public installation presented by The Studio Museum in Harlem at Marcus Garvey Park, New York; and a solo exhibition at the Hammer Museum, Los Angeles. Leigh’s work was featured in Loophole of Retreat, a major exhibition at the Guggenheim Museum, New York to commemorate her achievements as the winner of the Hugo Boss Prize 2018. Leigh is the first artist to be commissioned for the High Line Plinth, where she presents a new monumental sculpture that started in April 2019. 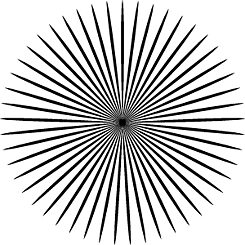