Read and discuss works by contemporary German authors in this series hosted by the Goethe-Institut. All books can be read in recent English translation or in the German original; discussion will be in English. Led by local German professor Amanda Sheffer (The Catholic University of America), this book club focuses on contemporary fiction and will explore experiences and thoughts about the text. 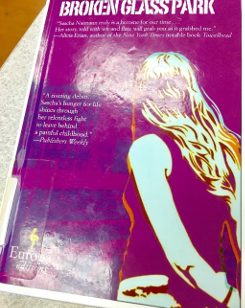 © Alina Bronsky Broken Glass Park centers around a teenage girl living under extraordinary circumstances – her family migrates to Germany, where a pattern of violence ends with the murder of her mother at the hands of her stepfather. The novel, which follows 17-year-old Sascha Naimann as she defines her independence and relationship with men in this coming-of-age story, questions major aspects of society such as the role of the media and the replication of violence.

Alina Bronsky (b. 1978) writes under a pseudonym. She lives in Frankfurt but was born in Russia. Broken Glass Park, her debut novel, was nominated for the noted literary Bachmann Prize.

In cooperation with the Department of Modern Languages and Literatures at The Catholic University of America.