Jazz in the Basement is a monthly concert series featuring local jazz artists, organized by the DC Public Library and curated by Bertrand Uberall and John Cook. The concerts are intended to highlight young artists, new composers, or unique jazz sounds to broaden the listening landscape of our Washington, DC audiences. DC Public Library is a proud supporter of our local music community and looks forward to expanding valuable resources to assist musicians in their creative and professional endeavors.

On March 10, the Goethe-Institut Washington, DC Public Library, and WPFW-FM are coming together to present a special engagement honoring the 80th anniversary of Blue Note Records. Featuring a screening of Eric Friedler‘s documentary IT MUST SCHWING! - The Blue Note Story (2018) and a live performance with the Chris Ziemba Quintet, we will spend the afternoon celebrating the jazz label founded by two German-Jewish immigrants in 1939.

3:00-3:30pm : Discussion of IT MUST SCHWING! facilitated by DC-based jazz expert Rusty Hassan

IT MUST SCHWING! The Blue Note Story (2018), dir. Eric Friedler
In 1939, Alfred Lion and Francis Wolff, two young émigrés from Berlin, founded the legendary jazz label Blue Note Records in New York City. The label dedicated itself exclusively to the recording of American jazz music and developed its own unmistakeable recording style and sound. Blue Note Records discovered and produced an impressive roster of international jazz stars. This included Miles Davis, Herbie Hancock, John Coltrane, Sonny Rollins, Wayne Shorter, Thelonious Monk and Quincy Jones. At a time when Afro-American musicians in the USA were discriminated against and ostracized, Blue Note Records respected them as artists and equals. Not only did the label value their talents, it also gave them a much-needed platform. It Must Schwing! tells the moving story of two friends, united by a passionate love for jazz, and of their profound belief in equality and freedom for every single human being.

Rusty Hassan has been hosting jazz radio programs on the Washington, DC airwaves for over 50 years. He can be currently heard on Thursday Late Night Jazz on WPFW-FM. He has lectured at the Smithsonian Institution and National Geographic Society and has taught jazz history courses at Georgetown University and American University. He is currently an adjunct professor in the music department of the University of the District of Columbia.

Chris Ziemba is a jazz pianist, composer, and educator based on the East Coast. He holds performance degrees from the Eastman School of Music and The Juilliard School. Ziemba first entered the scene in 2009, when he was invited to be a featured guest on Marian McPartland's iconic radio program on NPR, Piano Jazz. In 2011, just before relocating to New York City to further his studies and launch a career, Ziemba won first place in the Jacksonville Jazz Piano Competition. In New York, Ziemba worked to become an in-demand pianist at clubs and performance venues throughout the city. In 2013, he recorded Chakra, a seven-movement suite composed for big band by Jazz at Lincoln Center saxophonist Ted Nash. Other highlights of his time in New York include performances with Kurt Elling, Carl Allen, Marcus Printup, Ron Blake, Karrin Allyson, and Ryan Truesdell's Grammy-winning Gil Evans Project, among others. Ziemba released his debut album, Manhattan Lullaby, in 2016. The album features his original compositions and arrangements with the collaboration of saxophonist Michael Thomas, bassist Hans Glawischnig and drummer Jimmy Macbride. In 2017, Ziemba became the pianist for the Airmen of Note, the premier jazz ensemble of the United States Air Force Band based in Washington, DC. When not on tour, he continues to regularly perform, record and teach all along the East Coast.

Joining Ziemba to form The Chris Ziemba Quintet will be:

Part of series Jazz in the Basement 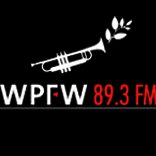