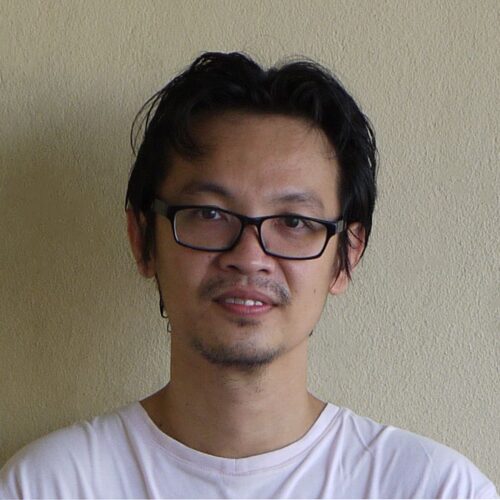 Coming from the background of the Chinese minority in Malaysia, he is aware of what it means to create an own identity within a different cultural setting. His artistic language ranges from figurative oil painting to mixed media collages and objects that explore the magic of ‘giving small things a second life’.

Placing an importance on the material, he believes each medium has its own characteristics and symbolism thus new interpretations are conjured when found or mundane objects are transformed through the artistic process. Driven by the exploration of the idea how we can know of other’s existence and subsequently, how we learn what ‘the others’ are and what 'we' are, the artist preoccupates nature, spirits and myth into manifold narratives.
In Leipzig, Chang Yoong Chia would like to enter into the local communities of the citizens to get to know their personal histories in order to learn about who they are intrinsically and what circumstances made them who they became. He would like to invite them to view and discuss about the artworks during and after the artworks are made, including collected stories and found materials whereby a narrative of histories, personal stories and objects seen from a fresh perspective will be weaved together.