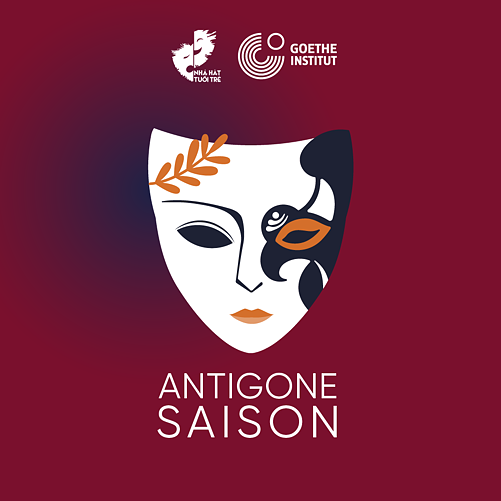 ANTIGONE is a play by Sophocles (5th century BC), the foremost playwright of the city-state of Athens. For nearly two and a half thousand years, his ANTIGONE has inspired artists and cultural creators in the West and East to reflect on human nature and our place in society.

Despite certain parallels with “the girl Kieu”, ANTIONE is completely different. Like KIEU, Antigone comes from a good home, makes a noble decision for moral reasons, and is then at the mercy of power structures and violence in her environment. Her attitude is both an example and a warning to us.

ANTIGONE is about loyalty to family and state, about human dignity and social cohesion, about the course of history, and the importance of the individual in society. Or is everything predetermined by fate, after all?

The Youth Theatre is planning to produce ANTIGONE in 2022 - on stage and online. The Goethe-Institut invites Vietnamese creatives to explore the meaning of the text for Vietnamese audiences: at a symposium as well as through various artistic approaches to this great female character: ANTIGONE.

How does the director's theater react to the closure of theaters in the pandemic? Gottfried Joachim Goller took on the task and staged the prologue of Antigone and Ismene as a video call with the contrasting motifs of the interior (oikos) and exterior (polis). The resulting "look-in-the-camera perspective" is used to deliberately avoid becoming too cinematic. Immediacy arises from the complexity of the text, which is largely based on the translation by Friedrich Hölderlin.