Zoom Link to the discussion

Digitalisation is one of the biggest transformation processes of our time – everyone agrees on that. But what does it mean in concrete terms for ecology and social justice? What opportunities and risks does digitalisation hold for sustainability? Will digitalisation lead to a smart green world in which everyone benefits from technological progress and at the same time we treat the environment more carefully? Or are we heading towards a rapidly expanding digital capitalism in which only a few hold money and power in their hands and the economy grows even further beyond planetary boundaries?

In his lecture, Tilman Santarius will argue that discussions on digital and network policy issues must be linked to the goal of a socio-ecological transformation of society. A sustainable and thus also socio-ecological digitalisation should therefore follow three guiding principles: Digital sufficiency, strict data protection and focus on the public interest. Tilman Santarius advocates incremental digitalisation, as a disruptive and unilaterally capitalist-driven digitalisation could leave many people behind and unable to find their place in society. He pleads for an understanding of digitalisation as a toolbox, whereby digitalisation must be adapted to our social expectations and not vice versa. Two questions are central in this context: Which digitalisation do we want? What do we want to use digital tools for?


Tilman Santarius
Professor of “Social-Ecological Transformation and Sustainable Digitalisation” at the Technische Universität Berlin and the Einstein Center Digital Future. 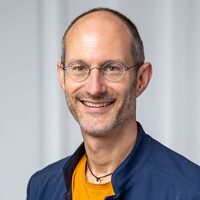 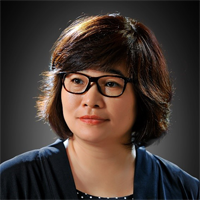 © Ngo Thi To Nhien She holds a Bachelor’s Degree in Electronics Informatics from Hanoi University of Technology, Vietnam, a Master’s Degree in Energy System and Management from the University of Flensburg in Germany. She has more than 15 years of experience working as an independent consultant for energy projects funded by the World Bank, EU, UN, ADB, and the Ministry of Industry and Trade, and the Ministry of Science and Technology. Her professional activities focus on energy economics, energy modeling, energy policy, and assessment of low carbon energy technologies. She was involved in develop the potential maps of renewable energy for Vietnam and develop RE policy. Currently, she is working for the Vietnam Initiative for Energy Transition (VIET), the first think-tank in Vietnam that specialized in energy transition policy and climate protection, as an Executive Director.

Dr. Nguyen Manh Ha
director of The Center for Nature Conservation and Development 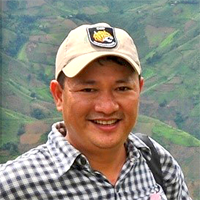 © Nguyen Manh Ha He is a well-known biologist in Vietnam and Indochina region on protected area and wildlife conservation, he also has extensive experiences in counter wildlife conservation and combatting wildlife crimes in the region. For the last 20 years Nguyen Manh Ha has been involved in the planning and management of Vietnam’s protected areas, community engagement and sustainable development. He has been involved in the development of Vietnam key laws on biodiversity and forestry. This includes the Forest protection and Development law (2003), Biodiversity law (2008), Forestry law (2017), Fishery law (2017). In last 5 years he has supported Government of Vietnam, Justice Sector, Enforcement Bodies and NGOs to improve natural resources governance, biodiversity conservation, protected areas management especially counter wildlife and forest crimes. Besides, he also actively participates in graduate program of the National University, Hanoi as a lecturer in biodiversity and protected area management, community based tourism and supervisor for graduate students. 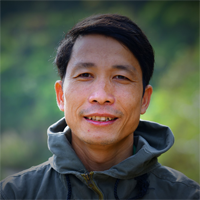 © Tran Huu Vy He holds a bachelor’s degree in Biology and Environment; and master’s degree in ecology from Da Nang University. He has had 15 years of experience in the field of biodiversity conservation in the Central & Highlands regions of Vietnam. He used to be the Field Team Leader of the Gray-shanked Douc langur conservation project in Kon Ka Kinh National Park, Gia Lai within the Primate Conservation Project of the Zoological Society of Frankfurt (Germany) (2006-2011) and the Founder of the Hand-in-Hand charity group and the club for the nature and environment lovers in Da Nang. In 2012, he founded Green Viet. He actively advocates for policies and laws in biodiversity conservation, e.g. conservation policy of gray-shanked douc langur in Tam My Tay commune, Quang Nam province; protecting the habitat of brown-shanked douc langur in Son Tra Peninsula in Da Nang etc. He is also a member of the Climate Change Network (CCN) in the Central of Vietnam. 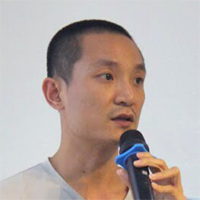 © Le Trung Thong He holds an Engineer degree in Industrial Measuring and Control Equipment from Hanoi University of Science and Technology (HUST). He has had 10 years of research in anthropology & human resources, Buddhism, Oriental philosophy, psychology, and management. He used to be the director of Vietnam highway construction investment company. Lê Trung Thông is also known as a teacher of life skills; a founder of a voluntary group that builds schools for children in the mountainous areas and the charity foundation that installs water filters for the people in the flooded areas as well as the “Regain Green” foundation working for regenerating forests and changing people’s awareness of a balanced lifestyle getting along with nature. He is currently the director of Lagom recycling company collecting drink bottles at nearly 4,000 schools, factories, supermarkets, etc. in Hanoi and Ho Chi Minh City. Their recycled products are exported to the international markets like Europe, the United States. They set a goal by 2030 to recycle 12,000 tons of waste per year, reduce deforestation by 30 hectares per year.

Part of series Internet and society