Featuring string quartets by A. Dvořák and B. Bartók With GLANZ STRING QUARTET

Please note: each registration is valid for one person only. The Goethe-Institut apologizes that all guests who have not yet registered must be rejected..

The Goethe-Institut Hanoi recommends that the audience follow the instructions below:
* Present at the Goethe-Institut to check-in at 7:30 PM on Monday, August 31, 2020
* Always wear a mask
* Wash your hands with disinfectant solution at check-in
In this concert, the audiences are invited to experience two very different sound worlds: a late 19th century “American” folk scene by the Czech composer Antonin Dvořák, and an early 20th century montage of various Hungarian folk elements, combined with new compositional devices, suggesting an attempt of liberation from musical traditionalism by Béla Bartók.

The “American” quartet marks a significant point in the compositional career of Dvořák. For decades prior to writing this work, he had been trying, without success, to combine overflowing melodious elements with a solid, clear structure. It seems he finally succeeded with this work. This quartet, together with the New World symphony are two significant works Dvořák composed while he was staying in the small American town Spillville, Iowa.

The quartet consists of four movements, each contains various references to the American nature and culture. The first movement has two main themes, both are pentatonic in nature, in particular, the second theme is ornamented with melismatic elements reminiscent of Gypsy or Czech music. The majority of the movement utilizes a rather open, triadic harmony, creating Dvořák’s desired simplicity. The theme of the second movement has very often been associated with a Negro spiritual or with an American Indian tune. The third movement is a variant of the traditional scherzo. High in the first violin theme appears a song of the bird, which Dvořák believed to be a scarlet tanager - an American songbird. The final movement is rather simple and cheerful, again with the pentatonic theme. Some have heard suggestion of a locomotive in the last movement, recalling Dvořák’s love of railroads.

Bartók composed his first string quartet in 1909, a significant year of many pivotal works: Rachmaninov’s third piano concerto, Strauss’ Elektra, Mahler’s Ninth Symphony, Schoenberg’s Op. 11 Klavierstucke and Erwartung; and the first string quartets of Béla Bartók and Zoltán Kodály. This was a year of stylistic beginnings, with Schoenberg’s atonality, and the folk-based innovations of the Hungarians. It was also a year of era-ending, of tradition being honored, via Mahler and Rachmaninov.

About the music of Bartók, Hugo Leichentritt, later an internationally respected musical scholar spoke about Bartók’s Batatelles (1908) “It gave the impression not of a polished refinement but of a primitive, rustic, strong, instinctive feeling for colorful sound... Bartok’s music revealed his basic national trait, stemming from his native Hungarian soil. Everyone in those days had a definite notion fo Hungarian music, derived from Liszt’s Hungarian Rhapsodies and Brahms’ Hungarian Dances. Yet Bartók’s Hungarian music was so different from those well-known models”. This difference was because Bartók had dug far deeper than pop Hungarianism and Gypsy music for the native element. Very early on, Bartók and his colleague Kodály have made effort to travel to the countryside of Hungary, collecting, recording, cataloging and ultimately publishing the sounds of the people. This early folk-based Hungarian style is exemplified in this First Quartet.

About the First Quartet, Bartók scholar and biographer Halsey Stevens notes “the extreme plasticity with which the individual lines turn, shift, combine, and oppose... each player is considered as an individual, with his own strand of the fabric; this autonomy brings about a textural richness comparable to the last quartets of Beethoven...” In the first movement, Bartók pays homage to the fugal opening of Beethoven’s Quartet in C-sharp minor, Op. 131. Extreme rhythmic tension, and the most free tonality are also procedural elements, even while the composer utilizes the traditional chromaticism. The finale has several recurring motifs, the most important being an eighth-note ostinato; and a quotation of the Hungarian folk song “Fly, Peacock, Fly”. The song is the liberation of the spirit, a program which one could suggest to be applied to this entire, liberating work.

GLANZ STRING QUARTET was founded in spring 2020 by Hojin Kim, Nguyen My Huong, Patcharaphan Khumprakob and Phan Do Phuc. 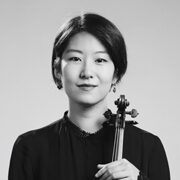 © Hojin Kim Hojin Kim, a native of Busan, South Korea, has performed in Korea with the Busan Philharmonic orchestra, the Camerata Madri ensemble as a soloist. She has appeared at New York venues, including Alice Tully Hall, Carnegie Hall, the Guggenheim Museums, Merkin Hall, Neue Galerie as a chamber musician and has served as concertmaster of Mannes orchestra.

Kim received her bachelor of music degree from the Mannes college the New School for Music and continued her studies as the President's full Scholarship student of Ann Setzer in the Professional Studies diploma program and was presented with the George and Elizabeth Gregory Award for Excellence in Performance upon graduation. She also has been awarded funds from the LCU Fund for Women’s Education. She made the finalist of the President’s Award for Excellence in Leadership from LCU foundation and was awarded honorable mention in the 2017 Mannes Concerto Competition.

She has been a concertmaster of the Sun Symphony Orchestra since 2018.
NGUYEN MY HUONG 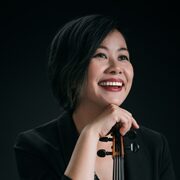 © Nguyen My Huong Nguyen My Huong started to play violin at age 3, she studied in Viet Nam, Hungary and Austria, graduated Bachelor Mus, Master’s degree at Vietnam National Academy of Music, post-graduated at University of Music and Dramatic Arts in Graz, Austria. 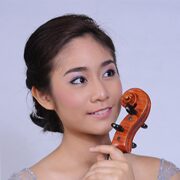 She has been awarded prizes from several international competitions, amongst these are 1st prize with “Jury Prize of Excellence” from Thailand International Strings Competition 2013; the Gold Medal from SETTRADE Young Musician Competition, which led to an invitation to perform as a soloist for concert of the year with Salaya Philharmonic Orchestra, Dr.Sax Chamber Orchestra and Salaya Faculty Ensemble; and the 1st prize from the Golden Strings of America 2012, which she has performed the winner concert at the Weill Recital Hall at the Carnegie Hall, New York, 2nd prize from Mozart Strings Competition 2010 and more.
PHAN ĐỖ PHÚC 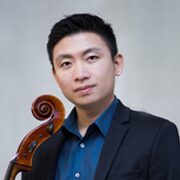 © Phan Do Phuc Vietnamese cellist Phuc Phan has enjoyed success in different parts of the world as a soloist, chamber musician and orchestral musician. Currently, Phuc is the principal cellist of the Sun Symphony Orchestra – a rising and enthusiastic ensemble in Hanoi. He has also been appointed to be the principal cellist of many reputable orchestras, including the Pacific Music Festival Orchestra, New York Classical Players Orchestra, Napa Valley Institute Orchestra, and Stony Brook Symphony Orchestra.

As an avid chamber musician, Phuc has collaborated with artists such as cellist Colin Carr, violinists Philip Setzer and Eugene Drucker, violist Larry Dutton of the Emerson String Quartet, bassoonist Frank Morelli and flutist Carol Wincenc. He has been an active member of the Stony Brook Baroque Ensemble, Stony Brook Contemporary Chamber Player, as well as a close collaborator with the Long Island Composer Alliance. Phuc is one of the founding members of the Trio de Novo, a New York-based piano trio that has recently been invited to perform at Merkin Concert Hall, NY and Great Lakes Chamber Music Festival, MI.

With a special passion for education, Phuc has been on the faculty of the Stony Brook Adult Chamber Music Program, the Long Island Tutoring Academy and the Herald School of Music and Arts where he is also the assistant conductor. He was the music director of the North Shore United Methodist Church in Wading River, NY and St Paul’s Episcopal Church in Patchogue, NY where he directed and coached the church choir and praise band.