Improvisation requires holding together contrast aspects. You need to listen carefully to different sound layers played by other musicians in every moment. At the same time, you have to be acute and master your instrument to respond quickly to those sounds and still be subtle enough to decide to join or to be silent. You can play some similar sounds to support your colleague(s) but at some point, you also need to oppose them etc. Accordingly, improvised music is a fusion of experience and skill, of stillness and sensitivity.

Nowadays, many composers are also performers and vice versa. Their improvised pieces show their true musical personality because time does not allow them to edit their music like they do in a studio. Improvisations are real-time creations, with compositions interacting with other player(s) or to their inner selves at the moment they play. Improvised music is an exciting journey where both artists and audiences are not able to predict what will happen next. 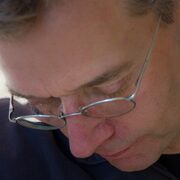 © Joachim Heintz studied composition at the Bremen University of the Arts. Many of his compositions combine instruments and electronics. Since 2004 he has been head of the electronic studio at the Institute for New Music Incontri at the Hanover University of Music, Drama and Media, where he teaches electronic music composition.

Since 2015 he has been involved in the development of ALMA, a software for improvisation. Two CD's (with Günter Christmann and Shaghayegh Bagheri) resulted from this work. He is chairman of the Hannoversche Gesellschaft für Neue Musik and every two years he organizes TRAIECT (Traditional Asian Instruments and Electronics), where new music for traditional Asian instruments and electronics is written by countries of different origins (2017 Korea, 2018 Iran, 2020 Taiwan) . He is currently preparing TRAIECT for Vietnamese instruments.
Ha Thuy Hang (*1989) 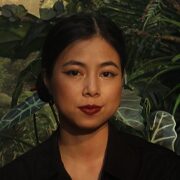 © Ha Thuy Hang is a multimedia composer and improviser based in Hanoi.
She studied classical music from a young age. She holds a degree in musicology from the Vietnam National Academy of Music. Hang has a special interest in Vietnamese traditional music and art in contemporary contexts. Her works often explore the correlation between indigenous cultures and social change. She founded The Future of Tradition, a project aimed at young people who are interested in the preservation and development of traditional culture and arts. Her works have been shown in Vietnam, Indonesia, South Korea, Italy, Germany, Malta, and among others. 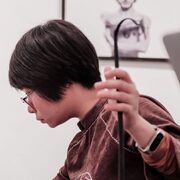 © Le Duy Anh majored in Performing Traditional Musical Instruments (The monochord and Zither) at Vietnam National Academy of Music. She holds a Bachelor of Arts and Literature Management and Culture Policy from Hanoi University of Culture. She took part in a course on improvisation, experimental music at DomDom Music and Exprimental Art Center. Linh chose to identify herself with playing traditional instruments in order to preserve and maintain the folklore, she tries to link folk music with contemporary art through improvised compositions.
She has wide experience as an artist playing traditional instruments. In March 2018, she participated in a project combining contemporary music and dance called “Contemporary Music and Dance - Improvisation"; with Heiner Goebbels. In 2019, she composed music with Baydance in a contemporary dance piece “Random Cubic”. She also performed “Da nhien” in music concert “Nhung chan troi bui do” – under the art guidance of Tran Kim Ngoc in the Institut Francais. 2020, she composed music for “Divide” dance piece in framework of “Culture Lab” organized by the Goethe-Institut.
Lương Huệ Trinh (*1985) 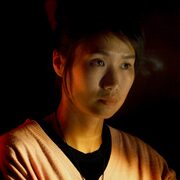 © Luong Hue Trinh multimedia composer and improviser has Bachelor in Jazz Piano from Vietnam National Academy of Music. From 2015 to 2018, she had a DAAD fellowship to study multimedia composition. She earned her Master degree at the Hochschule für Musik & Theater Hamburg, Germany.

Trinh has received commissions for exhibitions, festivals/concerts, radio and collaborated with artists in different fields of art in Asia, Europe, America, Australia, and Africa. “Illusions” – her first album was released by label Pan y Rosas, Chicago. It had a review and was on the “Best of 2016 – Albums of The Year” list by Avant Music News, San Francisco-USA. She was the Finest Artist selected by Hanoi Grapevine’s Finest 2019. She is currently residing in Accra, Ghana in West Africa. 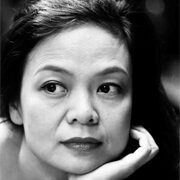 © Ngô Trà My is Đàn Bầu lecturer at the Vietnam National Academy of Music and also one of the well-known Đàn Bầu soloists in Viet Nam. She's active in different fields, such as teaching, performing, researching traditional, contemporary and experimental music. She is a member of Artistic Committee, the Asia Traditional Music Orchestra, Thang Long traditional music band, New music band MMTM, advisor of the C Asean Consonant Ensemble. Recently, she performed in the Drifting Interval concert and attended Dubai Expo 2022.