Acts of Life
The Residents

The Goethe-Institut has selected 16 residents to participate in the residency.

Back to Acts of Life 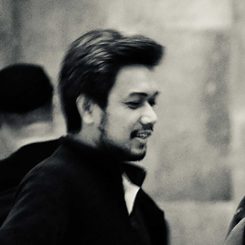 Provided by Buen Calubayan Buen Calubayan’s(b. 1980) works investigates the uses and limits of a diagrammatic approach in understanding the world and our position in it. Using the terms and techniques of linear perspective, he examines the notions of the horizon, the vanishing point, and grounding, which constitutes the basic design that enables a bigger picture to come about. In a rhythmic process of zooming into and out of his research, installations, paintings, and conceptual works, Calubayan takes off from the autobiographical into the art historical. He then uncovers the mechanisms of perception and tracks the movement of art, history, and politics within the shifting context of the Filipino landscape. 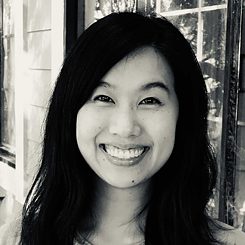 Provided by Charmaine Koh Charmaine Koh (b. 1985) is a Singaporean artist whose video and writing practice explores the tropes and legacies that intervene in the construction of place and place-based identity. Through juxtapositions of filmed footage, personal narrative, and online imagery, she probes the disjunctures that arise from mismatched cultural frameworks, distance, urban redevelopment, and the digital realm. In parallel, her painting practice draws on tropes of landscape, literature, and design. Koh graduated in 2018 with an MFA in Fine Arts and an MA in Visual & Critical Studies from California College of the Arts, California, USA. Her work has been shown primarily in the San Francisco Bay Area, USA. 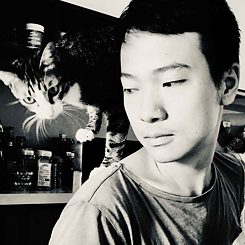 Provided by Hung Duong Hung Duong (b. 1991) is an independent translator/budding curator/visual researcher based in Ho Chi Minh City, Vietnam. He has had experience translating a variety of materials (textual and oral) for art spaces and cultural centers in Vietnam and Southeast Asia. Most recently, Duong collaborated with the National Gallery Singapore to translate a series of six texts written by artists and critics of Vietnamese modern art. His current interests include, but not limited to: linguistics and comparative literature; translation as a mode of being and understanding visual and cultural production; interethnic relations in Vietnam and Southeast Asia; and historical and sociopolitical networks between Vietnam and the regions of Southeast Asia, Africa, and Latin America. 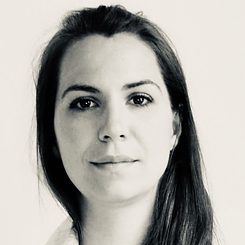 Provided by Ida Roscher Ida Roscher (b. 1989) currently lives and works in Hamburg, Germany. She studied Fine Arts and International Criminology and searches for ways of translating social forms and norms. Her work oscillates between artistic practice and social science research as a critical approach to challenge widely accepted modes of  expression, representation and methodology. 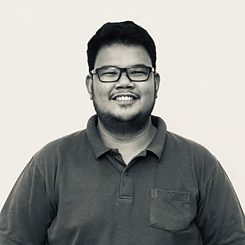 Provided by Jayson C. Jimenez Jayson C. Jimenez (b. 1993) teaches Philosophy and Literature at the Department of Philosophy and Humanities, Polytechnic University of the Philippines. He is also currently engaged in the study of the Anthropocene and Deleuze. Jimenez finished his MA in Philosophy at the Divine Word Mission Seminary (Christ the King), Quezon City, Philippines, with a focus on Marx’s 1841 Doctoral Thesis and Greek Atomism. He is interested in French contemporary philosophy with a concentrated look upon Psychoanalytic theory (Lacan) and Geophilosophy (Deleuze/Guattari). 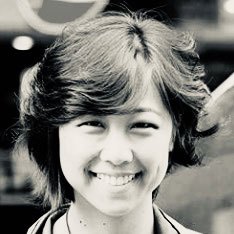 Provided by Jennifer Katanyoutanant Jennifer Katanyoutanant (b. 1989) is an artist, creative producer, and founder of Made in Asia, a new media consultancy and Creative Tech Lab that uses the power of storytelling and immersive media to better connect with and learn from local communities. She's interested in using social aspects of interactive art and technology to find common ground between seemingly different cultures. Most recently, Katanyoutanant collaborated with a small group of foragers, artists, hackers, and writers and conducted a series of interactive feasts in Thailand called DinnerCons. They cooked with local Thai community, foraged jungle ingredients, and exhibited the intricacies and unique flavor profiles of Thai cuisine through sculptures, design, and games. It is the group’s starting point for exploring how food crosses boundaries in unexpected ways. 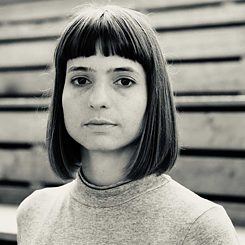 Provided by Michaela Büsse Michaela Büsse (b. 1988) is a design and media scholar interested in speculative and experimental design practices, new materialism, and philosophies of technologies and ecology. She is a PhD candidate at the European Centre for Art, Design and Media based Research and a Junior Researcher at the Critical Media Lab in Basel, Switzerland. Her current practice-led research focusses on means and methods for a more-than-human-centred design approach. Büsse has an interdisciplinary background in design, media, and urban studies and obtained post-graduate degrees from Strelka Institute, Moscow, Russia (2017) and Zurich niversity of the Arts, Zurich, Switzerland (2014). She regularly lectures on critical design and media studies, is an editor at Migrant Journal, and co-founder of ^ studio for xeno-design research. 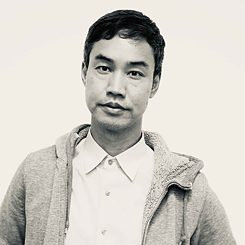 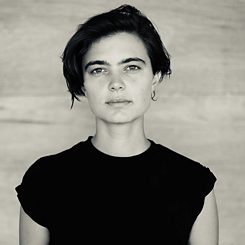 Provided by Nuriye Tohermes Nuriye Tohermes (b. 1989) lives and works as an artist in Hamburg, Germany. As critical spatial practice she conceptualizes and realizes participatory, collective, and site-specific projects worldwide. Among other works she realized the project There Is No Time, a 48-hour livestream of critical panel talks on digitalization, work, and finance system in 2017. She is the co-initiator of Das Archipel, a floating platform and a Network that forms autonomous, communal organized spaces since 2015. Das Archipel had a residency at Cemeti Institute for Art and Society in Yogyakarta, Indonesia, where they created a participatory piece on the gab of local community structures and neoliberal state. Since 2018, Tohermes programs and runs ZOLLO a space for art and discourse as part of the ZOLLO:Group in Hamburg, Germany. In her work she deals with political demands, societal structures, and implications of collective and experimental spaces. 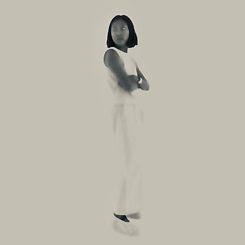 Provided by Phuong Phan Phuong Phan (b. 1988) studied European art & architectural history and Asian studies in Hamburg, Germany, Paris, France and Berlin, Germany. Her research focuses on European Modern architecture; art and architecture theories; histories of French colonial; and post-colonial architecture and urbanism. Currently, she is working on the history and typology of Chinese shophouses in Ho Chi Minh City, Vietnam during the French colonization and on the aesthetics and visual narratives of real-estate advertising in Southeast Asia. 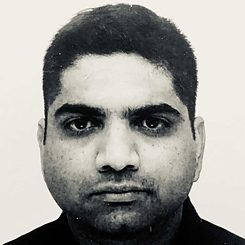 Provided by Roopesh Sitharan Roopesh Sitharan (b. 1979) is an educator, researcher, curator, and an artist. His area of specialization is Malaysian contemporary art, New Media cultures, and curatorial practice. He often examines the boundaries of meaning and value in the production and interpretation of art and new media practice. Sitharan has been actively involved in several national and international projects and showcases such as APICTA, Petaling Jaya, Malaysia; Gwangju Biennale, Gwangju, South Korea; ISEA 2009, Singapore; and Siggraph 2005, California, USA. His writings have been published in several local and international journals and magazines such as Learnardo Electronic Almanac (LEA), “CTRL+P” Contemporary Art Journal from Philippines, Dokumenta 12, “Sentap” magazine, and many others. 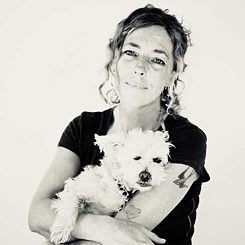 Provided by Stanya Kahn Stanya Kahn (b. 1968) is an interdisciplinary artist working primarily in video with a practice that includes drawing, sound, writing, performance, and sculpture/installation. Humor, pathos, and the uncanny emerge as central modes in a hybrid media practice that seeks to re-work relationships between fiction and document, the real and the hyper-real, and narrative time and the synchronic time of impulse. In a long-term investigation of how rhetoric gains and loses power, Kahn’s projects often situate language in the foreground of works that are dialectically driven by the demands of the body. Recent solo exhibitions include shows at the New Museum, New York, USA; Susanne Vielmetter Los Angeles Projects, Marlborough Chelsea, New York, USA; Weiss Berlin, Berlin, Germany; and Cornerhouse, Manchester, UK. 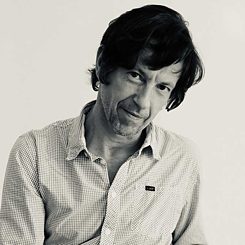 Provided by Stefan Römer Stefan Römer (b. 1960) is based in Berlin, Germany and works as an artist, photographer, and filmmaker in the field of de- conceptual art; his works and essays are widely published. Römer is the founder of the interdisciplinary activist group, FrischmacherInnen (Cologne, Germany), which organises demonstrations, film series, and discussion panels on critical urbanism, critique of cultural politics and art. He teaches as a professor for art and art-theory and received the Award for Art Criticism by the Working Commitee of German Kunstvereine (AdKV), 2000. 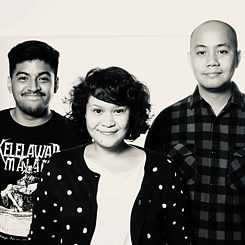 Provided by Tromarama Tromarama is an Indonesian art collective founded in 2006 by Febie Babyrose (b. 1985), Herbert Hans (b. 1984), and Ruddy Hatumena (b. 1984). Engaging with the notion of hyperreality in the digital age, their projects explore the interrelationship between the virtual and the physical world. Their works often combine video, installations, computer programming, and public participation depicting the influence of digital media on the  society perception towards their surroundings. Their work has been exhibited at National Gallery of Indonesia, Jakarta, Indonesia (2018); Open Eye Gallery, Liverpool, UK (2016); Frankfurter Kunstverein, Frankfurt, Germany (2015); the Stedelijk Museum, Amsterdam, Netherlands (2015), National Gallery of Victoria, Melbourne, Australia (2015); and Mori Art Museum, Tokyo, Japan (2010), amongst other locations.