Diego Fernandez
Spain
What connects us?

From a historical-cultural point of view, what connects us Europeans are the great civilizations that we have built together, which have left a very important identity heritage to all of us.

From a historical-cultural point of view, what connects us Europeans are the great civilizations that we have built together, which have left a very important identity heritage to all of us. In this regard, the greatest European contribution from a juridical-political perspective is the creation of the social and democratic state of law. The achievement of freedom and equality as complementary values must be understood in the first quarter of the twenty-first century. We are free because we are equal, and we are equal because we are free. 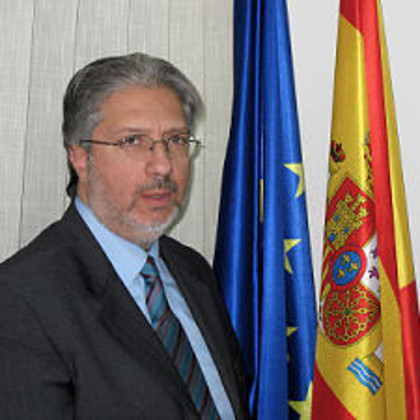 Thus, we are connected by our past. But above all, we are connected by the future we still have to build, an exciting future where there are positive signs, such as the single market and the free movement of people and capital, but also negative signals, such as populism or religious and nationalist fundamentalisms which can ruin the common project.

Europe, then, has advanced in an evident easing of national borders, which broadens the concept of the freedom of citizens. But in this sense, I would like to mention that this modern contribution to European law was historically defended by the European Roma people, who always considered that the internal borders between the different European states were an artificial barrier for citizens in a common space that made the permeability of European culture more difficult. That is why Europe is also Roma.  Europe is heir to the music of Falla, Béla Bartók and Glinka; the poetry of Lorca; the novels of Víctor Hugo and Günter Grass; the painting of Picasso, Van Gogh and Monet and the cinema of Buñuel, Tony Gatlif and Emir Kusturica. Europe's roots themselves have Romani inspiration because our most important European artists have been inspired by the Romani culture. Therefore, I ask the following question: Do Roma people represent the free spirit of a Europe without borders?

Next question:
“Do Roma people represent the free spirit of a Europe without borders?”

Diego Fernández Jiménez, was born in Aguilar de la Frontera (Córdoba) in 1961 within a gypsy family dedicated to street vending. He has a Law degree and is a practicing lawyer since 1985. He has completed Doctorate courses in the Administration, Finance, Market and Business Department of the University of Córdoba and courses at the School of Legal Practice. He has carried out several researches on the Ombudsman and the Ombudsman in Comparative Law and is the author of Freedom of Residence and the Right of Freedom, a small manual on the rights of the detainee in police stations, and numerous articles in Roma publications. He has been Vice President of the Spanish Romani Union and has participated in different international congresses held within the framework of the European Union, the Council of Europe and the Organization for Security and European Cooperation in Warsaw, Bucharest, Ploiesti, Paris, London, Skopje, Turin, Milan, Budapest, Brussels, and Vienna. He has also been a member of the legal board of the European Roma Rights Center based in Budapest, lawyer for numerous organizations related to human rights and has held various institutional positions such as councilor and Deputy Mayor of the City of Aguilar de la Frontera (Córdoba). In 2005 he was elected as one of the Spanish representatives in the ERTF (European Roma and Travelers Forum) of the Council of Europe based in Strasbourg. Since 2007, Diego Fernández Jiménez is the director of the Roma Culture Institute, a public foundation of the Ministry of Education, Culture and Sports of Spain.