Had enough of your fellow human beings? Why not take a look instead at nature, especially the animal world, and take hedgehogs or sloths as your role models? 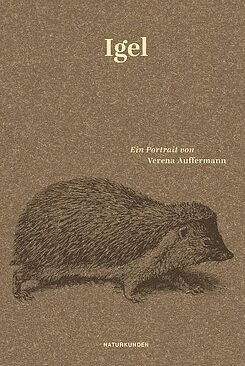 © Matthes & Seitz For some time, Matthes & Seitz has been publishing a series called Naturkunden, which regularly issues beautifully designed, informative portraits of the more marginal, underestimated animal species. Most recently, Verena Auffermann wrote a book about hedgehogs and Tobias Keiling and Heidi Liedke one about sloths.

These slim books don’t deny that we humans tend to view and understand everything only from our own point of view. When we observe animals, we anthropomorphise and project all sorts of notions into them. But sometimes it works the other way round. For example, Auffermann begins her hedgehog book with the story of how her father began an early love letter to her mother with “Dear Hedgehog”. The pet name got passed on to their daughter when her headmistress characterised her as such in a teacher-parent meeting, implying that, like a hedgehog, with its 6,000 to 8,000 spines, she was a rather ornery creature. Auffermann, at least, liked it and accepted the hedgehog as her “power animal”.

As a child, Auffermann enjoyed watching hedgehogs in the garden, even though her parents warned her they were smelly “harbours for parasites”. She was fascinated above all by one special ability, “a biological miracle, a unique technique in which a powerful ring muscle tightens the dorsal skin and forms it into a ball”. This ability to encapsulate themselves makes hedgehogs masters of independence – a quality that humans may also long for. Hedgehogs also unite opposites; both cute and ferocious, they can kill, eat and digest dangerous animals like snakes or scorpions.

The ensuing chapters deal with the behaviour and traits of hedgehogs, which are “ancient animals”. They have existed almost unchanged for about 65 million years. Auffermann also describes the hedgehog’s many appearances in literature, especially in fairy tales and fables. The best known is certainly The Hare and the Hedgehog, in which the latter outwits the fleet hare.

The ancient Greek poet Archilochos was the first to attribute cleverness to the hedgehog. It was even cleverer than the cunning fox. “The fox knows many different things, but the hedgehog knows one big thing.” The philosopher Isaiah Berlin took up this dichotomy in a 1953 essay, dividing thinkers and writers into two types: Hedgehogs are concerned with systematics and look for one, all-organising principle. Foxes, on the other hand, love variety and digression. Hence, Plato, Nietzsche, Dostoevsky and Proust are hedgehogs, while Aristotle, Balzac and James Joyce are foxes.

The hedgehog even became a style-setter in popular culture in post-war Germany. In 1952, the illustrated magazine Hörzu published the first comics with the hedgehog mascot Mecki, a human figure with a hedgehog head. He was small, chubby and somewhat neglected, but he seemed to capture the spirit of the times. He also lent his name to the Mecki brush haircut.

Auffermann also tells of long-lasting misconceptions. For example, hedgehogs’ testicles are not located near their kidneys “for mating while standing”, as was claimed by Aristotle and believed until the sixteenth century. And the hope that burnt hedgehog spines stop male hair loss also belongs to the realm of legend. 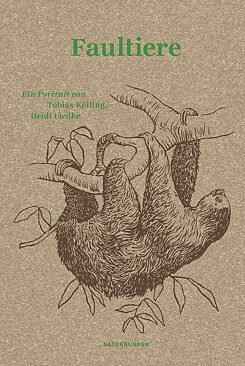 © Matthes & Seitz A hedgehog couldn’t race a sloth simply due to geography. While hedgehogs are found only in Europe, Africa and parts of Asia, sloths are only found in South and Central America and the Caribbean. But Tobias Keiling and Heidi Liedke first look at sloths from a European perspective, namely as enigmatic creatures from the “New World,” about which false but fanciful depictions circulated for centuries.

It’s quite possible that when the Spaniards conquered the South American continent, they didn’t see sloths at first, but only heard them. In Brazil, sloths are named after the sound of their call: ai. Sloths repeat this cry in an increasingly low pitch. This led Gonzalo Fernández de Oviedo, the chronicler of the Spanish conquest of South America, to the bold hypothesis that people discovered music by learning the scale from the song of the sloths. In many languages, however, the sloth is named after its slowness or perceived laziness, as in German Faultier (lazy animal). Rather than “calling it a hanging animal, a shaggy animal, a singing animal or even a smiling animal, judgmental terms prevailed in European languages”. Sloth is even one of Christianity’s seven deadly sins!

Sloths are indeed slow and very deliberate in their movements. Their top speed is 1.9 kilometres per hour, they sleep up to 20 hours a day and leave the treetops only about once a week. Like hedgehogs, their personal hygiene is wanting. Occasional rain showers cause algae to thrive in their shimmering green fur, on which caterpillars feed.

The theory of evolution also questioned the sloths’ very existence. How could these creatures, which to human eyes were not very suited for life, evolve at all, why didn’t they become extinct? “Was the evolution of these animals not progress, but regression?”

But in recent years, the image of sloths has changed. They are now considered the heraldic animals of deceleration and frugality; symbols of contemporary humans’ desires to escape the pressure to achieve, consumer society and capitalism. The quintessence of both animal portraits could therefore be: Learning from the hedgehog or sloth means learning to win!

This year, two more volumes have been announced in the fascinating series, but about animals that are not quite so “sympathetic” to humans: pikes and jellyfish.