Literature on Ukraine Look at this country!

Show more Ukrainian art and culture! That was the appeal made by Minister of State for Culture Claudia Roth a few days after the Russian attack on Ukraine. Taking this to heart, we present a few works dealing with this European country’s rich history and cultural life. 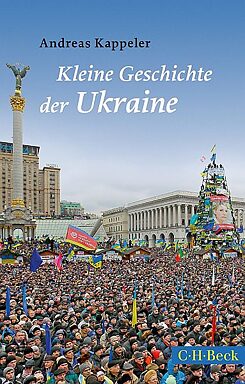 © C.H. Beck Andreas Kappeler, former professor of Eastern European History at the University of Vienna, has written a Kleine Geschichte der Ukraine (Short History of Ukraine), published by C.H. Beck Verlag. Starting in the Middle Ages, the account extends almost to the present day, with a final chapter on the Maidan Uprising, Russia’s interference and the destabilisation of Ukraine. This historical summary, evaluated by the Frankfurter Allgemeine Zeitung as knowledgeable, well-written and unexcited, includes the history of Poles, Russians, Jews and Germany living in multi-ethnic Ukraine. 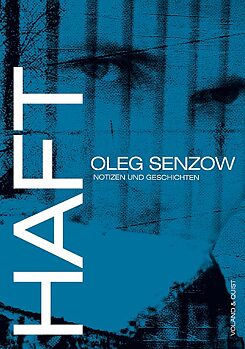 © Voland & Quist This outside view can be countered by a very different inside view. Together with three other activists, Ukrainian writer and film-maker Oleg Sentsov was arrested by the Russian secret service for alleged acts of terrorism in 2014, the year Russia occupied Crimea, and sentenced to 20 years in prison. Human rights organisations assessed the proceedings and judgments to be politically motivated, identifying serious violations of international legal standards. In September 2019, Sentsov was released in a large-scale prisoner exchange and returned to Ukraine. In Haft (Detention), he documents his 145-day hunger strike during his imprisonment and describes everyday life in the Russian penal colony. “Oleg Sentsov writes with great atmospheric precision. On 415 pages, one is flung behind bars and seized by an unbroken desire for freedom,” said Christine Hamel in kulturWelt. 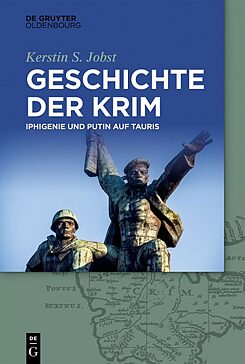 © De Gruyter Oldenbourg Oleg Sentsov was born in Crimea. Kerstin Jobst, historian and professor at the Institute for Eastern European History at the University of Vienna, presents a history of the peninsula. In Geschichte der Krim (History of Crimea), subtitled Iphigenie und Putin auf Tauris (Iphigenia and Putin in Tauris), published in 2020, she describes Crimea’s multifaceted past over many centuries, from the Ancient Greek colonists to the dissolution of the Soviet Union, in the wake of which Crimea became part of independent Ukraine. The last chapter of the book, that is available open access online, deals with the period after the second annexation of 2014. 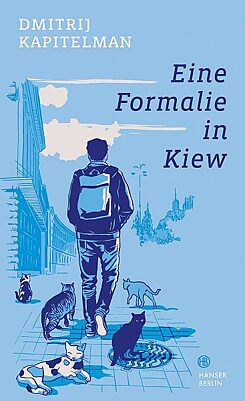 © Hanser Berlin Dimitri Kapitelman was born in Kyiv and has lived in Germany since the age of seven. The journalist, musician and writer has a mission to complete in his native city. Before he can become a German citizen, inexorable German bureaucracy requires a certified copy of his birth certificate. He decided to apply for citizenship after 25 years in Germany because previously, “he had simply not realised what a glaring privilege it is to have a German passport, how much easier life becomes. Being allowed to travel to almost all the countries in the world without applying for visas!“ He also wanted to distance himself from his parents, who, despite all the discrimination they had experienced (his father was a Jew), had begun to idealise the former Soviet Union and Putin. In Eine Formalie in Kiew (A Formality in Kyiv), Kapitelman relates his experiences with public authorities and his family there “with an abundance of humour and linguistic fantasy ...  in a way that is refreshingly self-ironic.... He impressively conveys the precarious situation of a migrant between a rock and a hard place, who, on top of all that, is tormented by ambivalent feelings towards his parents" (Fokke Joel in the daily newspaper taz). 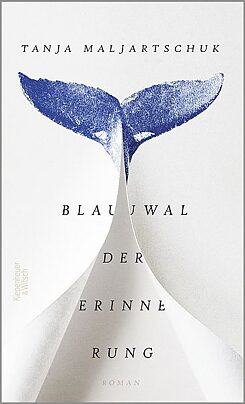 © Kiepenheuer & Witsch Like Kapitelman, Tania Maliarchuk was born in Ukraine, to be more precise, in Ivano-Frankivsk. But she also studied there and worked in Kyiv as a journalist. She has been living in Vienna since 2011. In 2018, she was awarded the Ingeborg Bachmann Prize for Frösche im Meer (Frogs in the Sea), a text she wrote in German. She wrote her latest novel, Blauwal der Erinnerung (Blue Whale of Memories, 2019) in Ukrainian. And the protagonist she chose is a historical figure who played a major role in the history of Ukraine: Vyacheslav Lypynsky, a historical philosopher and politician. In her novel, Maliarchuk links the fate of this fighter for independent statehood with that of her second main character, a first-person narrator who, reeling after an unhappy relationship, lives in fear and does not leave her apartment due to panic attacks. Tracing her own past, she finds direction and support in the figure of Lypynsky. “The consoling thing about this book is its inconsolability,“ writes Frank Junghänel in the Frankfurter Rundschau newspaper. He praises the author’s painstaking research, poetic language and undeluded view. 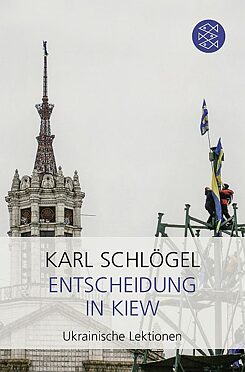 © FISCHER Taschenbuch Historian and Eastern Europe expert Karl Schlögel, professor emeritus at the European University Viadrina Frankfurt/Oder, publisher and author of many books on Russia and Eastern Europe, is currently a sought-after interview partner. Back in 2015, he pointed out in Entscheidung in Kiew. Ukrainische Lektionen (Decision in Kyiv. Ukrainian Lessons) that to find out what is happening in Europe, you need to look at cities in Ukraine. Lviv und Odessea, Kharkiv and Donetsk, among others, once flourished. Putin was encouraged in his expansionist policy partly because they were long ignored by the West, says Schlögel. Having visited all these cities, Schlögel reports very emotionally to Redaktionsnetzwerk Deutschland of the destruction of a historical building in Kharkiv. It was destroyed twice, he says, “once by the Wehrmacht and now by Putin’s forces. Nobody who knows what the Germans’ war in the Soviet Union was like will ever forget the pictures coming out of Ukraine into Russia now, where they will trickle in, despite any attempts at control by censorship and by Putin.“