New Graphic Novels Marked by Past and Present

Two recent graphic novels take us back in time to the 1950s and 1970s, while two others deal with very contemporary issues: today’s world of work and the issue of cultural appropriation. 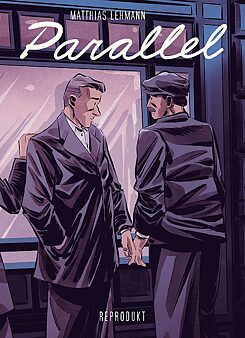 © Reprodukt Homosexuality was a taboo subject in 1950s Germany. In his graphic novel Parallel, artist Matthias Lehmann tells the story of Karl Kling, who writes a letter to his daughter Hella. It is a confession explaining why he has failed as a husband and father because of the social conventions of his time and his social class. And he reveals to her his attraction to men. In his review in the Süddeutsche Zeitung, writer Thomas von Steinaecker is enthusiastic about the variety of topics covered in the debut. It is a “graphic novel about being gay in the post-war period, about divided Germany, a working-class life and a generational conflict.” It may be a lot to digest, he says, but Lehmann’s way of embedding everything in the working-class milieu where Karl enjoys both binge drinking with his macho buddies and secret affairs with his male sweethearts is utterly convincing. And stylistically, the black-and-white drawings are powerful. 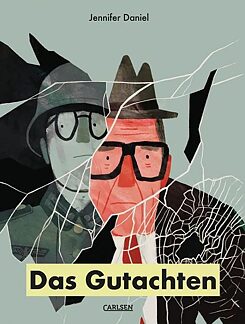 © Carlsen Jennifer Daniel travels back in time as well, but to the late 1970s in her graphic novel Das Gutachten (The Evaluation). A young RAF sympathiser and her young son are killed in a car accident and there is no trace of the person who caused it. An employee of Bonn’s forensic medicine department tries to get to the bottom of the case for personal reasons. Daniel very skilfully captures the atmosphere of an era in which people smoked anywhere they wished and drink-driving and sexism were considered trivial offences. The repressed past of Nazism and the war also continue to reverberate both in the personal subconscious and in the power structures in politics and society. The artist thus presents an “exciting, constricting and graphically beautiful political thriller from the Bonn Republic,” according to Barbara Buchholz in the Tagesspiegel. Das Gutachten garnered Jennifer Daniel a nomination as a finalist for the 2021 Berthold Leibinger Stiftung Comicbuchpreis. They praised her “drawing style, reminiscent of the décor and ambience of ARD’s International Frühschoppen with Werner Höfer (the glasses!).” 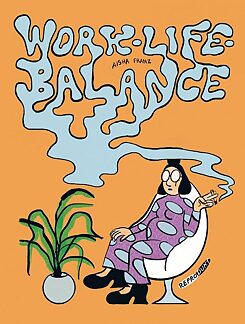 © Reprodukt Aisha Franz’s new graphic novel Work-Life-Balance is very up-to-date. With wit and virtuosity, the artist’s stories depict the working reality of young adults today: dreams and frustrations, burn-out and bullshit jobs. Take Anita, for instance, a maker of utilitarian ceramics who destroys them in a fit of rage. Sandra works in a start-up and is advised by her boss to try therapy. Rex, the third protagonist, is a freelance programmer who gets ripped off by his client. All three end up in the practice of Dr Sharifi, an oddball psychotherapist. Michael Brake from fluter magazine considers the cartoon-like story not exactly original and somewhat clichéd, “nevertheless Franz succeeds in fashioning a critical and at the same time humorous and light story out of it.” 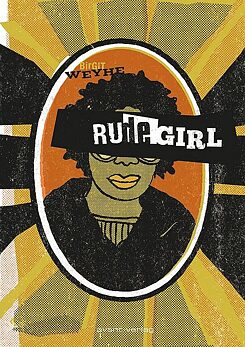 © Avant The latest book by Hamburg artist Birgit Weyhe begins in the Midwest of the United States, where she teaches at a college. She feels like a stranger. At a conference of German scholars, she is accused of cultural appropriation in her comics. Back in Berlin, she meets Priscilla Layne, an African-American professor of German studies with Caribbean roots, for an interview. She grew up in poverty, was sexually abused at a young age, rebelled against gender roles and joined the anti-racist skinhead movement. Weyhe is fascinated by her and asks Layne if she can tell her life story in graphic form. Layne acts as editor, checking each chapter. In the graphic novel, Layne’s comments on the previous chapter are inserted in intermediate chapters. With Rude Girl, Weyhe has drawn “a multi-layered graphic novel about a Black German studies professor – and about how Black identities are as diverse as the identities of any other group of people,” according to Andrea Heinze on rbbKultur. Weyhe was also nominated as a finalist in the Berthold Leibinger Stiftung’s 2021 Comicbuchpreis.