New books for young adults Explorations of the soul

Five new young adult novels tell of the difficulties of growing up – after leaving school, without a father, submerged in digital worlds, in provincial isolation and in the aftermath of World War II. Stories that are sometimes sad, sometimes hopeful. 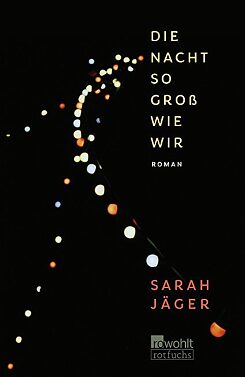 © Rowohlt In 2021, Sarah Jäger was awarded the Kranichstein Children’s and Youth Literature Scholarship for her debut novel published in 2020, Nach vorn, nach Süden (Forward, to the South). In her new novel Die Nacht so groß wie wir (The Night as Big as Us), she again demonstrates her ability to look into young people’s souls. The novel is about the last night spent together by five friends who think they know everything about one another – Maja, Suse, Pavlow, Bo and Tolga are a clique. Their end-of-school party has just finished, but the evening is far from over. The night is meant to be unforgettable, but things get out of hand. Big and small secrets, hidden for too long, come to light. On the verge of adulthood, they have to gaze into their own and each others’ abysses. Die Nacht so groß wie wir was nominated for this year’s German Youth Literature Prize in the young adult book category. The jury gave the following reasons for this nomination: “Through changing narrative perspectives, Sarah Jäger takes readers straight into her fragile ensemble of characters. … Compelling from the start, Jäger builds up suspense through unforeseeable developments. Using racy dialogues, situational comedy and wit, sometimes in melancholic language, she allows us to share this decisive moment of transition“. 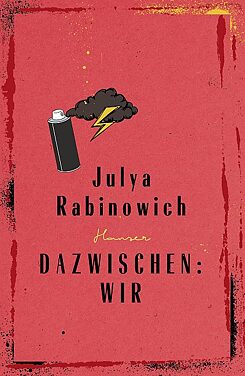 © Hanser Just over five years after Julya Rabinowich’s debut young adult novel Dazwischen: Ich (Me: In-Between) (2016), in which her 15-year-old narrator Madina gives an account of her difficult arrival in a new country, there is now a sequel, Dazwischen: Wir. (Us: In-Between). Madina has left the horrors of war and her perilous flight behind her. She and her family have been living in a nameless town for more than two years now, in an apartment in her best friend’s house. Only her father decided to return to their home country, still a war zone, leaving a permanent gap in Madina’s life. She no longer has any contact with him. Her mother is exhausted and depressed and her little brother is causing trouble at school. Madina is left to sort things out. She is a problem-solver, receiving support from various quarters. Yet Madina has found her niche in her new life and in the absence of her strict father, has even managed to gain some freedoms. But then racist graffiti appears, and every Thursday a group chants “Foreigners out!” on the main square. There are only a few people at first, but as time goes by, more and more join in, putting not only Madina to the test, but everyone else in town as well. Madina decides not to look away, and finds allies as the situation becomes more threatening. Told in the form of diary entries, the story is impressive for its simple, clear language and its impressive images. The novel and its author receive praise from Sylvia Schwab in a radio feature on Deutschlandfunk Kultur: “Among the many young adults novels on immigration, foreignness and xenophobia, Julya Rabinowich’s books, with their precise, empathetic and defiant descriptions of life “in-between“, have a special place.

Can you save the world with a game? 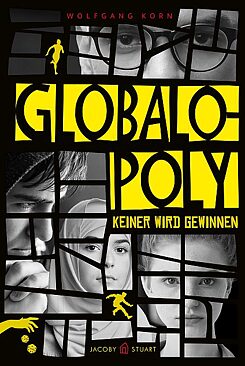 © Jacoby & Stuart By way of allusion to Monopoly, four young people of different nationalities develop the computer game Globalopoly to warn of the dangerous effects of global capitalism and climate change in the wake of the global pandemic. Realising their game cannot change anything, they resort to covert action. Soon, they notice that they are under observation and surveillance. Things get adventurous, dangerous. This is the story Wolfgang Korn tells in Globalopoly. Korn’s debut young adult novel Keiner wird gewinnen (Globalopoly. You have no chance – so use it!) is so gripping and exciting that the German Academy for Children’s and Youth Literature recommended it as its climate book tip of the month in February 2022: “The author skilfully combines facts with a gripping plot and credible characters. A book that makes you stop and think!“ 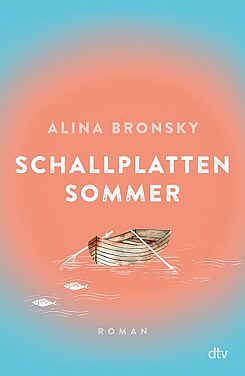 © dtv In her new young adult novel Schallplattensommer (Summer Record), Alina Bronsky tells a story of love and neglect in a triangular relationship. Seventeen-year-old Maserati – who owes her unusual name to her mother, a singer and rich men’s escort – lives in an East German backwater. Together with her grandmother, who is showing first signs of dementia, she runs a small beer garden. She is an outsider in the village, “the only woman under 55 within a radius of 13 kilometres“, and she has a pronounced aversion to urban day-trippers. She has neither an Internet connection nor a smartphone, no longer goes to school and does not let anyone get close to her apart from her grandmother. Maserati‘s independent but withdrawn life is disrupted when a well-to-do family with two teenage sons moves into an old villa. Both boys are interested in her. And one of them comes threateningly close to her well-kept secret.

A gift for precise observation and concise language are distinguishing features of Bronsky’s novels: “Without sentimentality or kitsch, she describes Maserati’s difficult living circumstances, her search for her niche and her desire to hide from the world. In a sober way, Bronsky’s language is emotional,“ is Katja Eßbach’s judgement in a feature on NDR Kultur.

Great suffering and a glimmer of hope 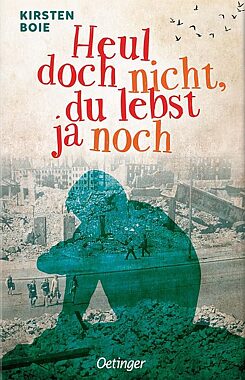 © Oetinger Three young people at the end of the war in 1945 in Hamburg. Jakob’s Jewish mother was deported to Theresienstadt in one of the last transports. Hiding in a bombed house, he is still unaware that the war is over. Traute, the baker’s daughter, whose friends were killed in bombing raids or disappeared in the turmoil of war, simply wants to play football in the street with the boys. One of them, Herrmann, still wearing his Hitler Youth uniform, has to care for his father, whose leg has been amputated, making life difficult for him and his mother. Just a short time ago, these three young people would have had nothing to do with one another. Then, for a brief moment, their paths cross. And Jakob realises that the war is continuing for Hermann too: “In Hermann’s mind, the war is not really over yet, not the war and not the years before it - after all how could that world disappear so quickly from his mind! Something that has been true for so long does not all of a sudden become a lie.“

In Heul doch nicht, du lebst ja noch (Don’t Cry, You’re Still Alive) Kirsten Boie gives a vivid account of these young people with their very different war experiences and traumas, without taking sides.  She empathises not only with Jakob, who suffered persecution, but with all the other characters as well: “The Germans who were not persecuted also suffered dreadfully at the end of the war,” says Boie on NDR. Yet in spite of all the suffering,  there is a glimmer of hope at the end.